The National Trust is launching an appeal to try and reinvigorate Winston Churchill’s legacy at his family home at Chartwell in Kent by acquiring some of the wartime leader’s prized possessions. 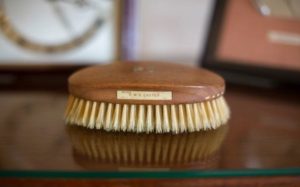 The £7.1 million appeal has been launched this week with funds raised securing many personal items that belonged to Churchill. The items will enable new interpretation across the property, along with increased access to the collections, and the opening of family rooms that have never been seen by the public.

An important part of the appeal is to acquire for the nation hundreds of precious heirlooms, many of international significance, that have been on long term loan to Chartwell, where they can be seen in their domestic setting. 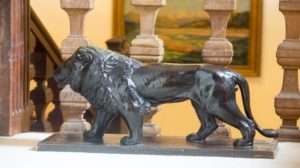 The items include Churchill’s library of inscribed books, medallions, gifts and awards that he received from around the world, including his Nobel Prize in Literature, along with personal and poignant mementoes such as the speech box in which he stored notes for his famous speeches, a pair of hairbrushes, and a sculpture of a lion given to him by liberated Luxembourg.

Catherine Barnett, Chartwell’s house and collections manager says, “The collection at Chartwell tells us about Sir Winston Churchill the man. It is crucial that we do all we can to ensure these heirlooms stay here where he hoped they would remain. A successful appeal will not only allow us to secure these items but will enable us to tell Churchill’s story in new and dynamic ways as part of our wider plans for Chartwell so that one of our greatest Britons remains accessible to people of all ages.”