A diminutive portrait of a wealthy lady by the 16th century Florentine artist Cristofano Allori is expected to achieve between £10,000 and £15,000 when it goes under the hammer in the Cotswolds later this month. 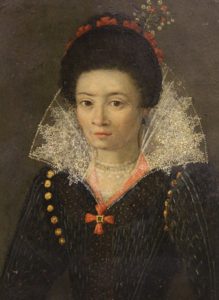 The portrait  – measuring just 16cm tall by 12cm wide – was painted in oils on copper in around 1598. It features a wealthy lady – thought to be a member of the House of Medici banking family – wearing a gold trimmed black dress with lace collar and pearl-embellished headdress. 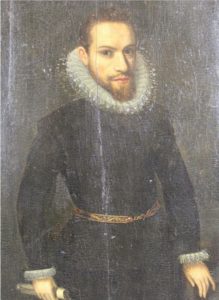 The Allori is expected to be the top-selling lot of the day at Moore Allen & Innocent’s sale of selected antiques in Cirencester at the end of the month, but could be surpassed if a portrait of a Venetian nobleman attributed to The School of Il Tintoretto turns out to be the the hand of the Old Master himself.

The unsigned 21cm by 15cm oil on panel bears a handwritten label which reads Venetian Gentleman Tintoretto. It carries an estimate of £3,000 to £5,000.

Both paintings come from the estate of the Raymond-Barker family of Fairford Park, in whose properties a previously undiscovered Rembrandt was identified by Moore Allen & Innocent auctioneer and valuer Philip Allwood.

It is nine years to the month since the portrait – attributed to A Follower of Rembrandt and carrying an estimate of £1,000 to £1,500 – sold for £2.5 million after bidders agreed with Philip’s assertion it was by painted by Rembrandt’s own hand. 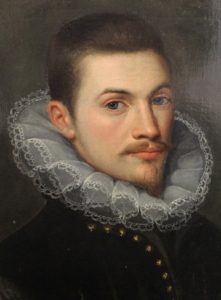 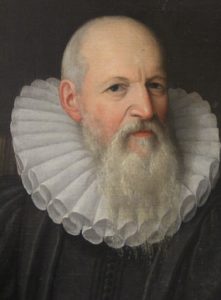 while a 17th century Dutch School portrait in the manner of Michiel Janszoon van Mierevelt, featuring a gentleman with a grey beard in a ruff, should attract bids of between £1,000 and £1,500.

Elsewhere in the pictures section, a circa 1956 painting of a girl with flowers in her hair – and with trademark jet black eyes – attributed to Parisian avant-garde artist Marie Laurencin is expected to achieve between £10,000 and £15,000.

The 48cm by 35cm portrait was given to the vendor upon the death of Elaine Nakou, a Greek socialite whose aunt was married to the Greek Ambassador in Paris, a close friend of Laurencin. 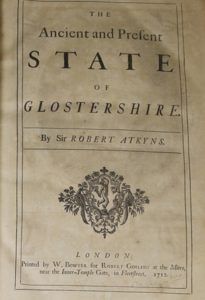 In the antiquarian books section, a copy of The Ancient and Present State of Glostershire is expected to attract significant local interest.

The auction features an impressive silver sections, with highlights including a George IV silver fruit basket by the renowned silversmith Paul Storr of London. Weighing a little under 35 ounces, the lot is expected to achieve between £1,500 and £2,000.
A set of four George III silver open salts, also by Paul Storr, dated 1797, and weighing 15 ounces should attract bids of between £1,000 and £1,500, as should a set of George IV wine coasters by S C Younge and Co of Sheffield. And a Paul Storr George IV silver soup bowl, weighing just under 18 ounces and measuring almost 25cm wide, should fetch between £800 and £1,200. 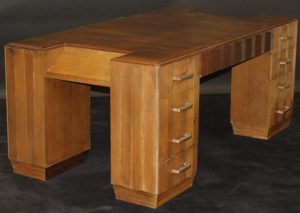 In the furniture section art deco tables, chairs and cabinets commissioned from and installed by Dominique of Paris for the former Bibury Court Hotel – which has been bought as a private residence – in 1926  will be offered for sale.

And the highlights of an Aladdin’s cave of Victoriana, the bulk of which were sold at Moore Allen & Innocent’s sale at the beginning of October, include around a thousand corkscrews – many of which were originally purchased from the renowned Christopher Sykes Antiques of Woburn. Among the best are two early 19th century Thomason type corkscrews with ivory handles, one with bottle brush present (estimate £100 to £150) and one with the brush missing (estimate £80 to £120). A 6.5cm novelty folding pocket corkscrew, probably from Germany, in the form of a pair of lady’s legs with green striped celluloid stockings should achieve £100 to £150, while a collection of ten novelty corkscrews includes one as a figure of Senator Andrew Volstead, instigator of America’s Prohibition Act of 1919, which banned the sale of alcohol. The metal corkscrew is cunningly concealed inside the wooden figurine.