A painting of the notorious Bullingdon Club ‘class of ’87’ photo, featuring a youthful Boris Johnson and David Cameron, used by the BBC and other news media to evade copyright law, comes to auction in December. 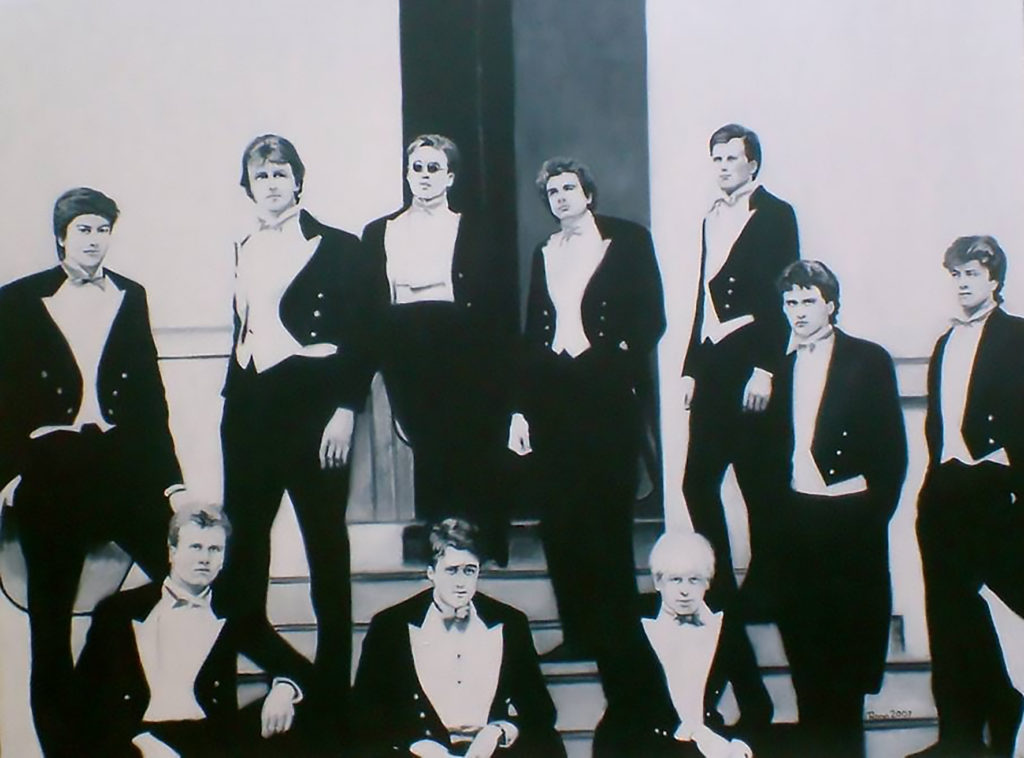 Oxford saleroom Mallams expects the original oil of members of the elitist Oxford University dining club to attract bids in excess of £5000.

The story of The Bullingdon Club Painting by Oxford-based artist Rona begins in February 2007, shortly after the photo was first published in The Mail on Sunday.

It showed the future Prime Minister and the future Mayor of London posing cocksure in tails and yellow waistcoats on the steps of Christ Church College among members of ‘the Buller’. Cameron later described it as ‘desperately embarrassing’.

BBC Newsnight were keen to show the image but Gilman and Soame, the Oxford portrait photographers who hold the copyright, announced that ‘for commercial reasons’ the media would no longer be given permission to reproduce it.

It was then that mischievous political journalist Michael Crick came up with a suitable alternative. 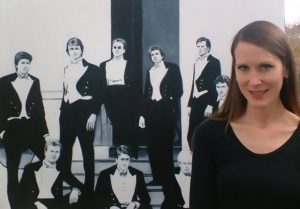 Rona recalls: “I was approached by Michael Crick on February 28 to paint, in great haste, a likeness of the Bullingdon Club portrait – one that the BBC could use in place of the photograph. I happened to have a 3ft x 4ft canvas primed and ready to use in my studio in Oxford, so I began that night.

“I am not political at all but loved the image and it was similar to other work I’ve done. The subjects seemed to exude confidence and entitlement, despite their youth. In under 24 hours I finished the painting and the crew arrived around noon the next day to begin filming.

“I thought that was it, until Newsnight then asked to have the painting in the studio that night (March 1). I agreed only if I could go with it and was whisked to London with the wet painting lying in the back of a car.”

On the show, Crick described the picture as ‘an artistic alternative to the photo that legally we’re no longer permitted to broadcast’.

Paid a small fee for her services, Rona later got to keep the picture.

The BBC have contacted her periodically over the past decade whenever they wished to use the image. It has also been used by newspapers such as The Times, The Independent and The Observer – in addition to proving a popular subject for a tea towel.

The artist has sold more than 400 of them and will retain the right to reproduce the image after the painting is sold on December 8.