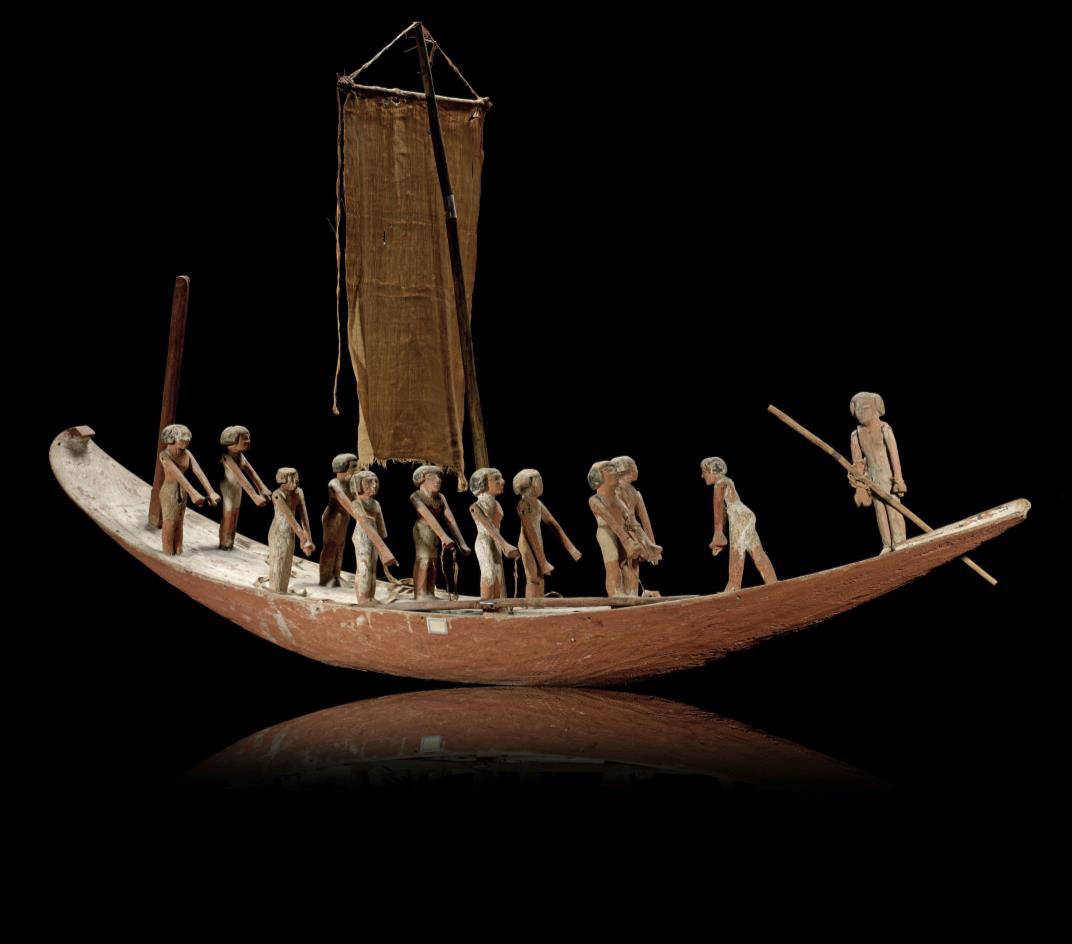 Boats were an integral part of Egyptian everyday life and mythology and as such they were
considered necessary in the afterlife. Usually two model boats were provided for each tomb, one
showing the crew sailing south with the prevailing wind and the other with the crew rowing north.

This examples was originally bought by British army officer, Esmond Sinauer, in Egypt in the early part of the 20th century and passed by descent to the Scottish private collection from which it was consigned for sale.

Bonhams Senior Specialist in Antiquities, Siobhan Quin, said,” The wooden boat was an exceptionally fine work of particularly impressive dimensions which attracted a lot pre-sale interest, reflected in keen bidding in the sale room on the phones and on the internet. In a strong sale, a first-century bronze Egyptian cat also stood out, but many other pieces also exceeded their
estimates.”