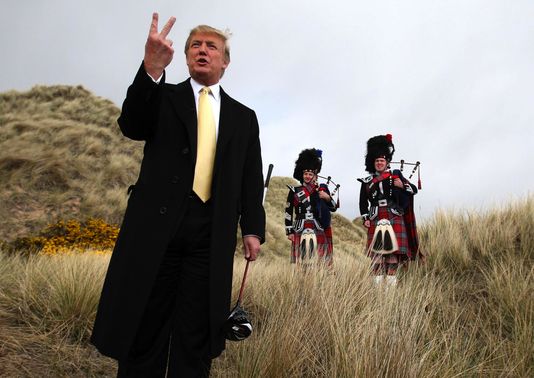 He may be a divisive force in US politics, but President Elect Donald Trump’s good judgement when it comes to whisky appears to be undisputed.

A signed bottle of single malt, bottled in 2012 to commemorate the opening of his golf course in Aberdeenshire, is to sell at McTear’s later this month with an estimate of £2,500.

The whisky, which was distilled in 1985 and matured in a sherry cask, comes complete with authenticated papers. It was bottled as one of a limited run of 504.

Commenting on the sale, McTear’s Whisky Expert, Laurie Black, said:  “I suspect Mr Trump’s imminent elevation to the position of ‘Leader of the Free World’ will have a significant bearing on the value of  the 26 year old GlenDronach, but the fact remains that this is also a quite stunning whisky in its own right.”

The Trump dram is not the only high profile whisky to feature in McTear’s Rare & Collectable whisky auction. A cask of 43 year old whisky from the closed North of Scotland Distillery is up for grabs for £50,000, while a bottle of 52 year old Macallan 1950 could fetch in excess of £9,000.

Rare examples of Springbank are also much in demand so there is likely to be heightened interest in The Millennium Collection. Containing full size and miniature bottles of 25, 30, 35, 40, 45, and 50 year old Springbank single malt, the lot has been valued by experts in the region of £11,000. 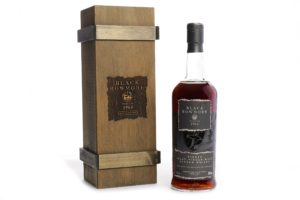 Also appearing will be a bottle of the now legendary Black Bowmore from Islay, which has an estimate of between £5,500 and £6,500, while a £1,500 bottle of 18 year old Macallan is being sold to raise funds for the Earl Mountbatten Hospice in Newport on the Isle of Wight. The hospice looked after the mother of the seller, who worked as a chef at Macallan for 30 years.

Laurie Black continued: “Our January auction is shaping up to be a truly memorable event with a host of fabulous whiskies set to feature.  There is no doubt rare and collectable whisky continues to be a strong investment opportunity and this can be seen quite clearly in past sales performance of many of the high profile single malts featuring in the auction.”