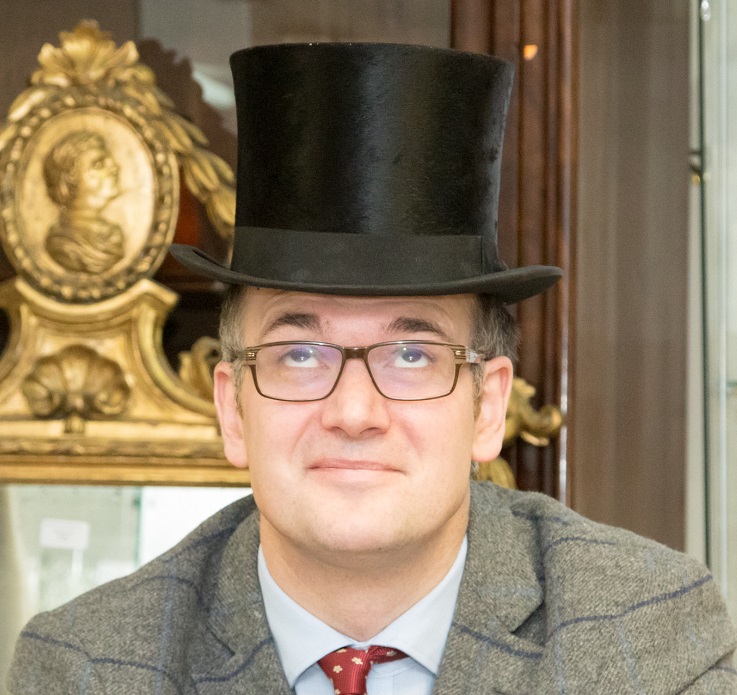 A top hat that once belonged to legendary Staffordshire potter, William Moorcroft of Stoke on Trent has been discovered during a recent house clearance. The hat is now due to be sold at Hansons Auctioneers.

Commenting on the find Charles Hanson, Manager of Hansons Auctioneers, said, “It is a top hat which was worn by William Moorcroft in the 1920s and 1930s and has come to auction by family descent.”

He continued, “We found the top hat in a chest of drawers and it has been beautifully preserved in it’s fitted case. The black silk top hat was worn by a man who has been described as a visionary potter, who sealed his place in ceramics history for creating unique and beautifully artistic pottery.”

William Moorcroft was born in 1872 and died in 1945. Born in Burslem, his techniques and glazes were closely guarded secrets. Charles said, “One can only imagine how his mind operated under this top hat to leave the legacy he did. I suspect it may fly away with interest in America and worldwide, since there is such interest in Moorcroft and it’s market for collectors items.”

The top hat will be sold in Hansons February Decorative Arts Auction on February 21st with a guide price of £100-200.