An historic desk that once belonged to an aristocratic family who came over with William The Conqueror is to be sold in Sworders Spring Country House Sale next month in Essex. 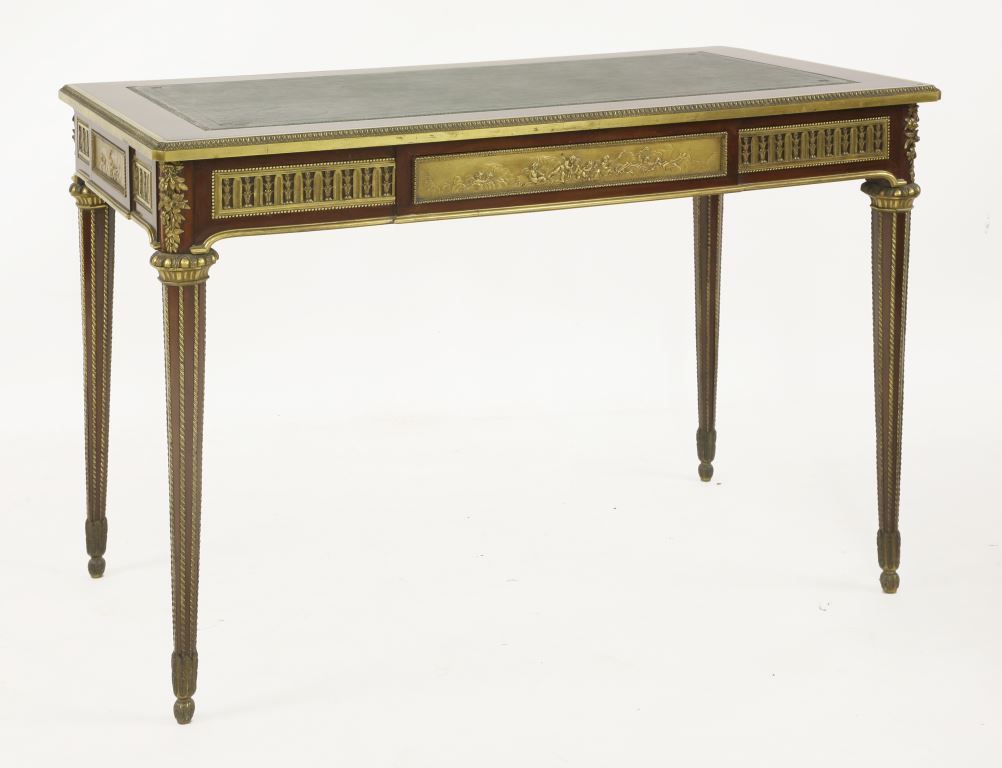 The Earls of Sefton finally died out in 1972 after suriving for almost 1000 years, but the desk remained as a reminder of their lofty heritage. It comes with all the paperwork that traces its lineage to Croxteth Hall, the family seat near Liverpool.

A Louis XVI design mahogany and ormolu-mounted bureau plat, the desk is a copy of Marie Antoinette’s, originally made by Jean-Henri Riesener, the French royal ébéniste, with its inset green leather top above three secret frieze drawers and applied classically decorated ormolu plaques on octagonal tapering supports. Measuring 109 x 62 x 76cm, it dates to the 19th century, and is attributed to Holland & Sons, one of the leading makers of fine furniture of the 19th and first half of the 20th centuries. They supplied furniture to the Royal Family, as well as the British Museum, the Reform Club and other leading figures and institutions of the day. 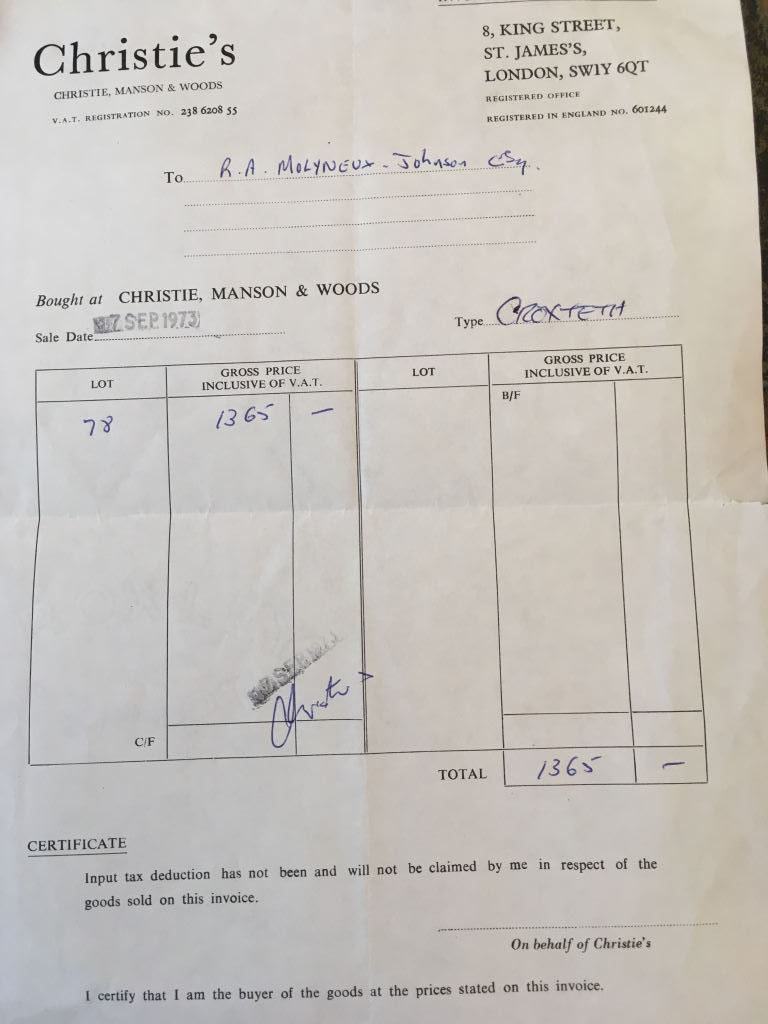 When Hugh Molyneux, the 7th and final Earl of Sefton, died in 1972, Croxteth Hall passed to Liverpool City Council, which sold approximately half of the grounds and now manages the remainder, at one time a hunting chase of the Molyneux family, and now open to the public.

The contents of Croxteth Hall were put up for sale, and this desk featured as Lot 78 in the ensuing auction, held by Christie’s on September 17, 1973.

Fittingly, it sold to a member of the Molyneux family, whose descendants have consigned it here. It is believed to have been the Earl’s personal desk, and a photo of him accompanies it, as does the original Christie’s catalogue and receipt, showing the sale price then to have been £1365.

The preface to the Christie’s sale catalogue mentions that the furniture was supplied by Holland & Sons in the French taste.