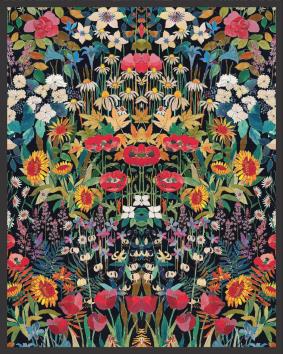 The recent Winter Decorative Antiques & Textiles Fair at Battersea Park was a huge success, say organisers, with dealers attracting good sales and some well-known faces among the six-day event’s visitors.

The Fair also played host for the first time to LARTA (the London Antique Rug & Textile Art Fair), on the Mezzanine, with 19 participants.

Elsewhere, another star of Fair was a magnificent George III period ‘Roman Bath’ circa 1805 which was widely admired in the trade, and came from Sir John Soane’s Pitzhanger Manor.  It sold on the opening day for a significant sum.

The presence of LARTA at the event for the first time was well-received, and exhibitors reported good interest. Bruce Lepere of Liberty Oriental Rugs, taking part in his first-ever Fair of any kind, said: “It’s been a good show, we’re happy with sales. Our stand [which represented the frontage of Liberty) received a great deal of attention from visitors and the press, and it’s been a perfect way to promote our department at Liberty generally. Sales included antique and contemporary designs at prices to around £15,000.”

The Spring Decorative Antiques & Textiles Fair will take place in Battersea Park from 4-9 April 2017, and the Autumn Fair follows from 3-8 October 2017.