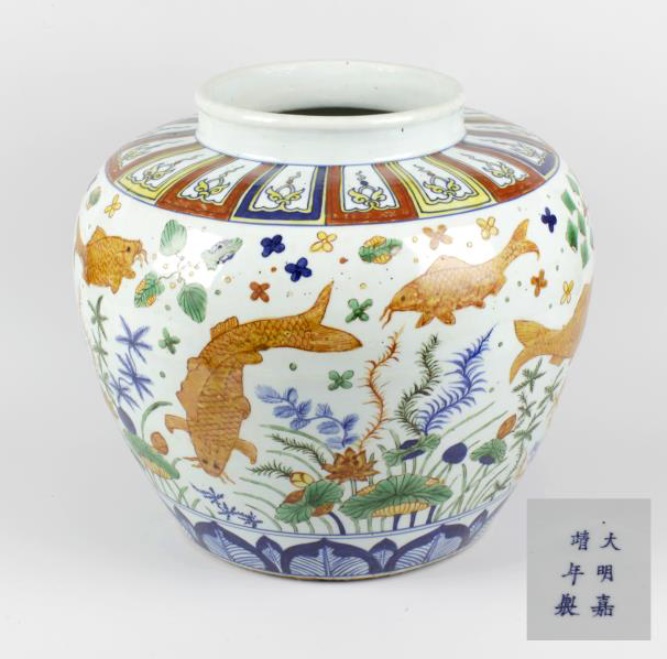 An impressive Chinese porcelain wucai fish vase defied its pre-auction estimate of £1200 to £1800 to sell for an impressive £810,000 at Fellows recent inaugural antiques, silver and collectables sale.

It sparked a fierce bidding war from interested parties on the internet, on the telephone and in the room, going on to completely surpass all expectations to sell for £810,000 (plus buyer’s premium), breaking all house records.

Mark Huddleston, Senior Specialist said “We are delighted with the house-record sale of the Chinese wucai vase. This vase was consigned via a Chinese client. Initial research when cataloguing had pointed to a number of historic precedents sold in the tens and hundreds of thousands. We examined the decoration to the collar and felt that it lacked sophistication of these early pieces.”

He continued, “Whilst we dealt with a number of condition enquiries before the sale, little could have prepared us for the result. Bidding began at £1,000 and, with a handful of telephone bidders plus the usual hundreds online, predicting the final price became impossible. The most gratifying aspect is that a number of bidders were actually in the saleroom and had viewed it in person. One bidder even flew in from Japan and has a number of these in his collection.”