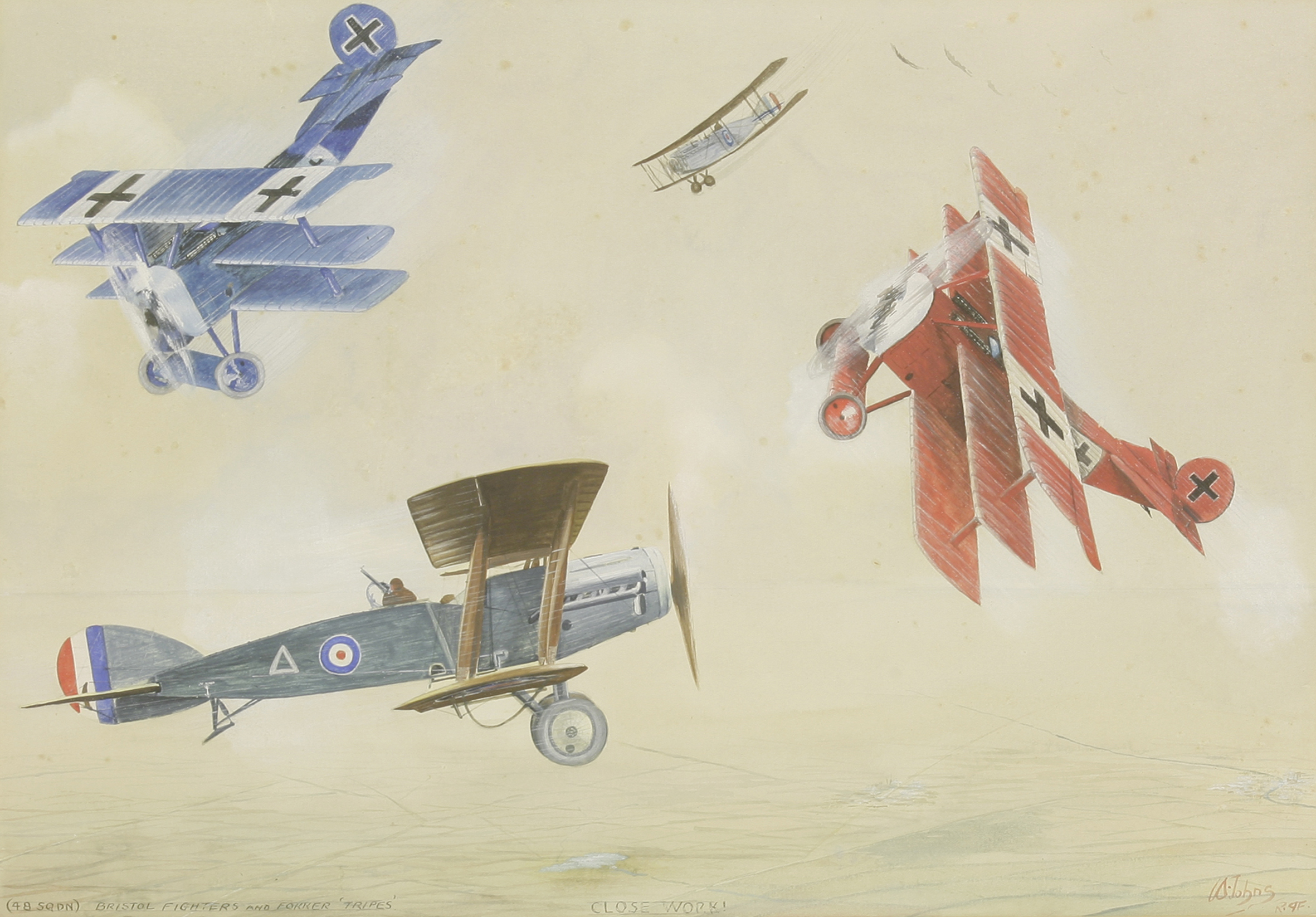 A real dogfight took place at Essex auctioneers, Sworders, recently, when bidders battled it out for a set of early watercolours by Biggles author WE Johns. All six sold for a total of £15,000 – more than trebling the high estimate.

Glorying in titles such as ‘Good Shooting Sir!!’, ‘Tripehounds’ and ‘Close Work!’, the images of soaring biplanes convey all the speed and daring of the Boy’s Own style that Johns (1893-1968) took to its apogee with his Biggles books. And they show that the thrills and spills author was also an accomplished artist.

Among the earliest depictions of aerial warfare or, indeed, of the ground from the air, the pictures have not been on the market for over 30 years.

Intriguingly, one picture is dated 1916, a year before Johns was commissioned into the Royal Flying Corps. If it was indeed painted then, it is likely that the dogfight scene comes from Johns’ imagination rather than first-hand experience.

Shot down himself while on a bombing mission to Mannheim in Germany in 1918, Johns was lucky to escape with his life – his observer and rear-gunner died of his injuries on the same day – and remained a prisoner-of-war until the Armistice. 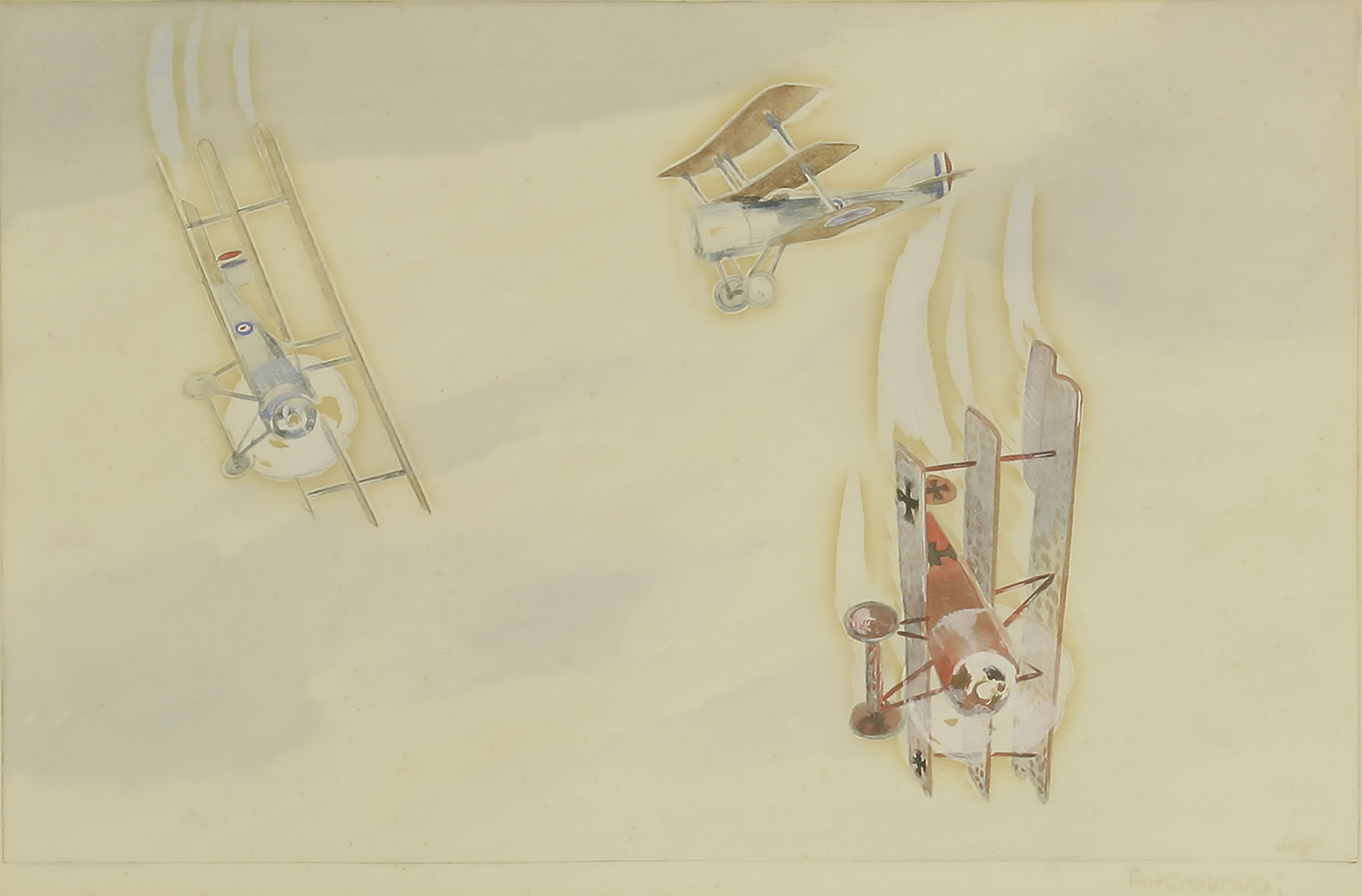 Johns stayed in the Royal Air Force after the war and was responsible for rejecting T.E. Lawrence as an RAF recruit for giving a false name, only to be ordered to accept him later.

It was at this time that he started his writing career, publishing more than 160 books, including almost 100 on Biggles, and launching the magazine ‘Popular Flying’ in 1932, just before ‘The Camels are Coming’, which was the first of the Biggles stories to make it into print.

Sworders were delighted with the result, not least because Johns was a local man, having been born in Bengeo, and attending the Richard Hale School in Hertford.

“These paintings display remarkable draughtsmanship and all the energy and thrills any Biggles fan would associate with Johns,” said Sworders managing director Guy Schooling. “His ability to depict speed and the air rushing past as planes leapt and dived show just how accomplished they are. It’s no surprise that fans rushed to bid on them.”