The William Morris Gallery in London will stage a landmark exhibition exploring the life and work of May Morris, the younger daughter of William Morris and one the most significant artists of the British Arts and Crafts movement of the early 20th century. 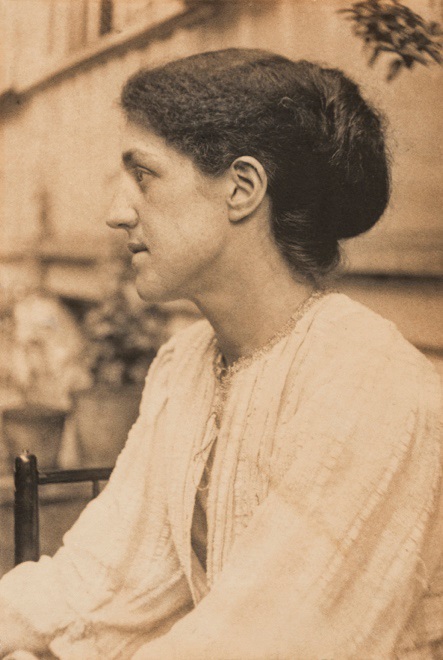 ‘May Morris: Art & Life’ will be the most comprehensive survey of May’s work to date and will bring together over 80 works from collections around the UK, many of which have never been on public display.

For more than 100 years May’s contribution to the decorative arts, in particular to art embroidery, has languished behind her father’s more illustrious career.  The exhibition will reveal the breadth of May’s creative pursuits, featuring wallpaper and embroidery alongside jewellery, dresses and book designs, as well as sketches and watercolours, which May painted throughout her lifetime.

The exhibition will tell the story of May, who at age 23, took charge of the Morris & Co. embroidery department and was responsible for creating some of the company’s most iconic textiles and wallpaper designs.  It will focus on May’s role in the development of art embroidery – elevating needlework from a domestic craft to a serious art form – and highlight the extent of her influence in the UK and abroad, particularly the US.

Journal entries and letters will offer unprecedented insight into May’s extraordinary life. Thanks to the social circles in which the Morris’s moved, May and her sister were exposed

to a range of artistic and political influence from an early age.  As a child, May would often model for her parents’ artist friends, who included the pre- 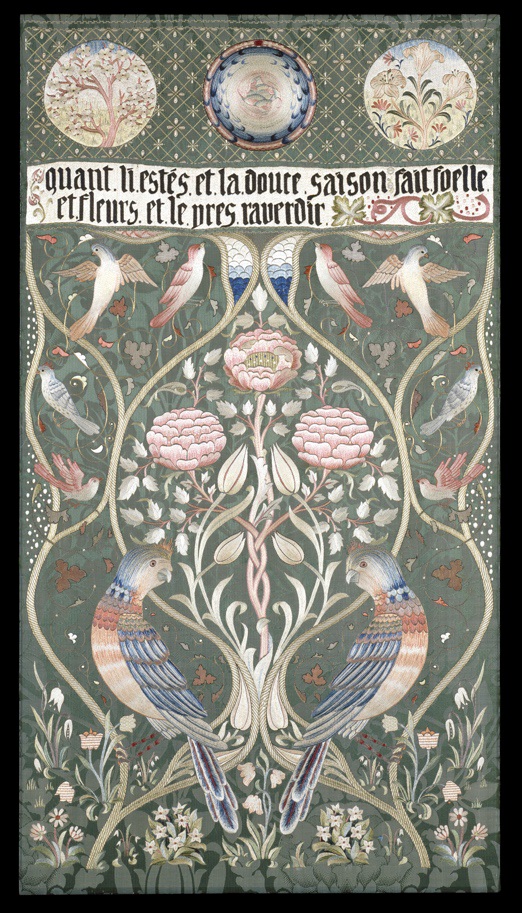 Raphaelite painter Dante Gabriel Rossetti, Edward Burne-Jones and George Howard, later Earl of Carlisle.  The exhibition will reveal Rossetti’s fondness of May, and include a pastel drawing of May, on loan from Kelmscott Manor.

Through her father May was drawn into political activity in the emergent Socialist movement and was close to Eleanor Marx, George Bernard Shaw and future Prime Minister Ramsay MacDonald.  In 1907 she founded the Women’s Guild of Art as an alternative to the existing Art Workers Guild, which did not accept female members until as late as 1964.  Painter Evelyn De Morgan, jeweller Georgie Gaskin, bookbinder Katherine Adams and sculptor Mabel White were some of the earliest members of the Women’s Guild whose mission was to provide a forum for social and professional networking within the arts and in May’s words ‘… to meet women who are not playing at art’.

The exhibition will position May as an integral figure in the British Arts & Crafts movement and explore her impressive career as a designer, embroiderer, writer and teacher. May exhibited widely in the UK and abroad and developed an international reputation for her historical knowledge of embroidered textiles and techniques, delivering a lecture tour of North America in her late forties.

A number of rarely seen works from public and private collections will be featured in the exhibition, including a pair of expansive silk hangings, which May designed and embroidered in 1895 under the auspices of Morris & Co. The Spring and Summer, and Autumn and Winter panels are thought to have been commissioned for £150 making them most expensive entry in the Morris & Co. order book for that period, and a highlight of the exhibition.

Also on display for the first time will be a hand painted Valentine card made by May for George Bernard Shaw in 1886, which was recently discovered amongst an un-catalogued album of cards sent to Shaw in the British Library’s collection. The card reveals May’s infatuation with Shaw who was a close friend of William Morris.  While Shaw ultimately rejected May’s advances, the pair remained close and he later wrote of a ‘Mystic Betrothal’ between the two of them to be fulfilled in heaven.

May was a prolific creator throughout her lifetime and continued to receive commissions right up to the final months of her life.  While her own artistic reputation suffered after her death, 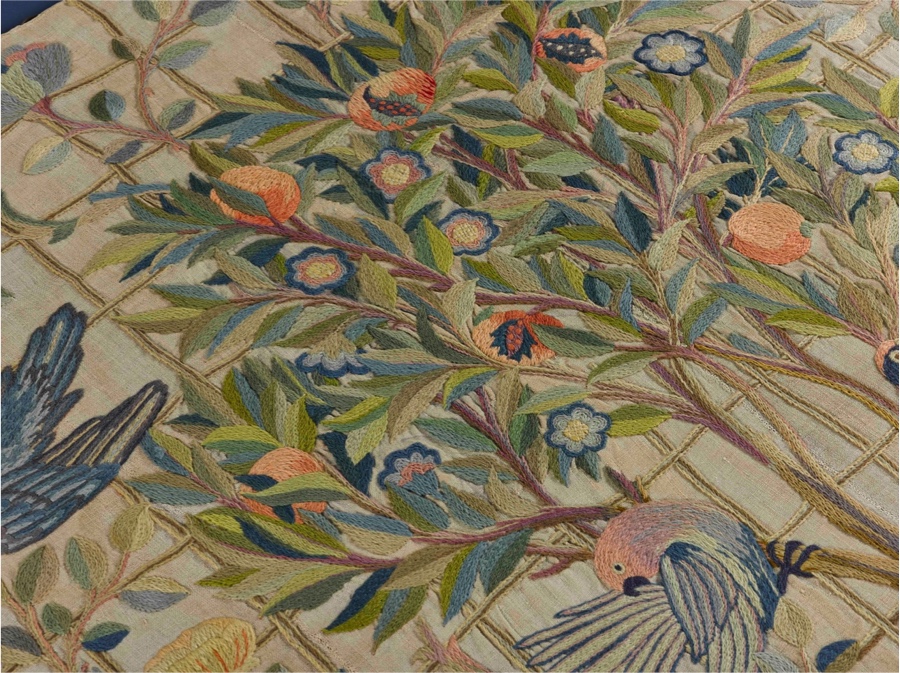 May was instrumental in preserving and shaping her father’s legacy after his.  As well as publishing twenty four volumes of The Collected Works of William Morris, May ensured examples of her father’s designs were donated to the V&A and secured the future of Kelmscott Manor in Oxfordshire, the Morris’s country residence, as a house of historic interest.

The breadth and scale of ‘May Morris: Art & Life’ has been made possible in part thanks to a crowdfunding campaign run on Art Happens, where the public pledged over £15,000 towards the exhibition.  The exhibition will coincide with the publication of May Morris: Arts & Crafts Designer, which is co-authored by curators at the William Morris Gallery and the V&A, and will be published by Thames & Hudson.

Clare Coghill, Leader of Waltham Forest Council, which owns and manages the Gallery said, “Visitors to this new exhibition will discover the life and work of May Morris who followed in her father’s footsteps to become one of the greatest artists in the Arts & Crafts movement. We’re very pleased to present this long overdue revaluation of May Morris’s career.”