A herd of 112 cows could fetch £85,000 without a single farmer in sight! The rare collection of silver cow creamers is being offered by antiques valuer Mark Littler on behalf of a client. 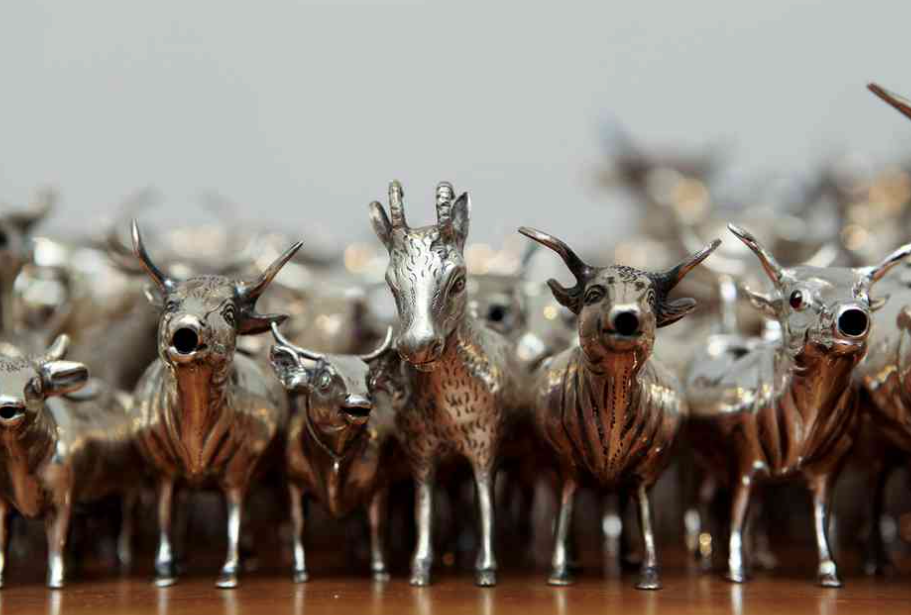 Mark said,“I couldn’t quite believe my ears when I had the initial phone call from the vendor. I have sold silver cow creamers in the past, but most collectors only manage to find one or two. To have amassed such a broad range of creamers is testimony to the devotion of the owner.”

Silver cow creamers, which are novelty jugs for serving cream with tea, first appeared on our shores in the 1750s and were made by silversmith John Schuppe. Little is known about Schuppe other than that he was a Dutch immigrant and flourished in England c1753-1773. However, his design captured the imagination of the upper classes, with hundreds of copycat creamers made all over the world in almost every material over the following centuries.

Although Schuppe was the first to make cow creamers from silver, their form is much older. To find the form in its earliest guise you would need to travel back to 4th century BC Egypt where pottery jugs in the form of cows first appear.