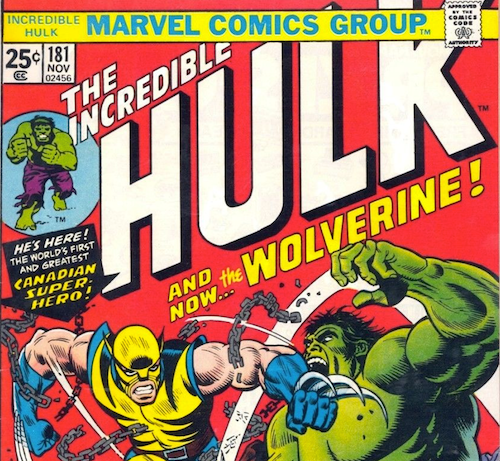 One of the most recognisable comics in the world, a 1974 Marvel Comics The Incredible Hulk #181, could command more than £10,000 on an online auction for special objects on Catawiki.

The rare copy, one of less than 100 registered in the world, has a mint grade of CGC Census graded 9.8, is expected to reach more than 40,000 times its original sale price.

Edition #181 also introduced the now infamous Wolverine from the creative team of Len Wein, John Romita Sr and Herb Trimpe. Since then, the adamantium-infused defender has become a global box office megastar, gloweringly portrayed by Hugh Jackman most recently in 2017’s Logan.

Catawiki commented: “The Incredible Hulk #181 edition was not only written to document the tales of everyone’s radioactive superhero but introduces Wolverine, the epitome of strength and valor who has become one of the most loved Marvel characters.”

The comic is part of an exclusive memorabilia auction on the website during which fans, collectors and the curious alike can bid on a number of items including: