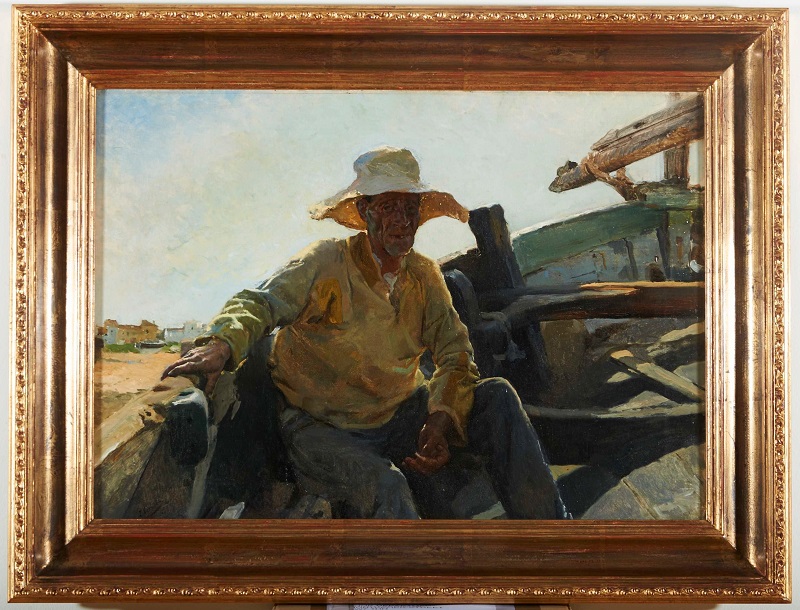 Viejo pescador en una barca (Old fisherman in a boat) by Joaquin Sorolla y Bastida is among the leading works at Bonhams 19th Century European, Victorian and British Impressionist Art Sale in London next month. The painting has an estimate of £150,000-200,00.

The work dates from 1895, when Sorolla (1863-1923) spent the summer in La Albufera in Valencia – the old man depicted also appears in another of the artist’s paintings from the same year, La bendición de la barca.

Sorolla has portrayed an ancient fisherman resting in his boat, one hand gripping the edge, the other holding a cigarette. The light reflects off his sleeve, touches of green accentuate the shadows on his weathered face and scattered dots of light are visible through the small holes in his straw hat.

Bonhams Director of 19th Century Paintings, Charles O’Brien said, “In the mid-1890s, Sorolla experimented with the contrast between light and shadow. He was also particularly interested in conveying the lives of ordinary working people, principally workers at sea. These two preoccupations come together perfectly in Viejo pescador en una barca. The immediacy with which the old fisherman is portrayed allows the viewer to engage directly with him, while also appreciating the striking Valencian sun.”