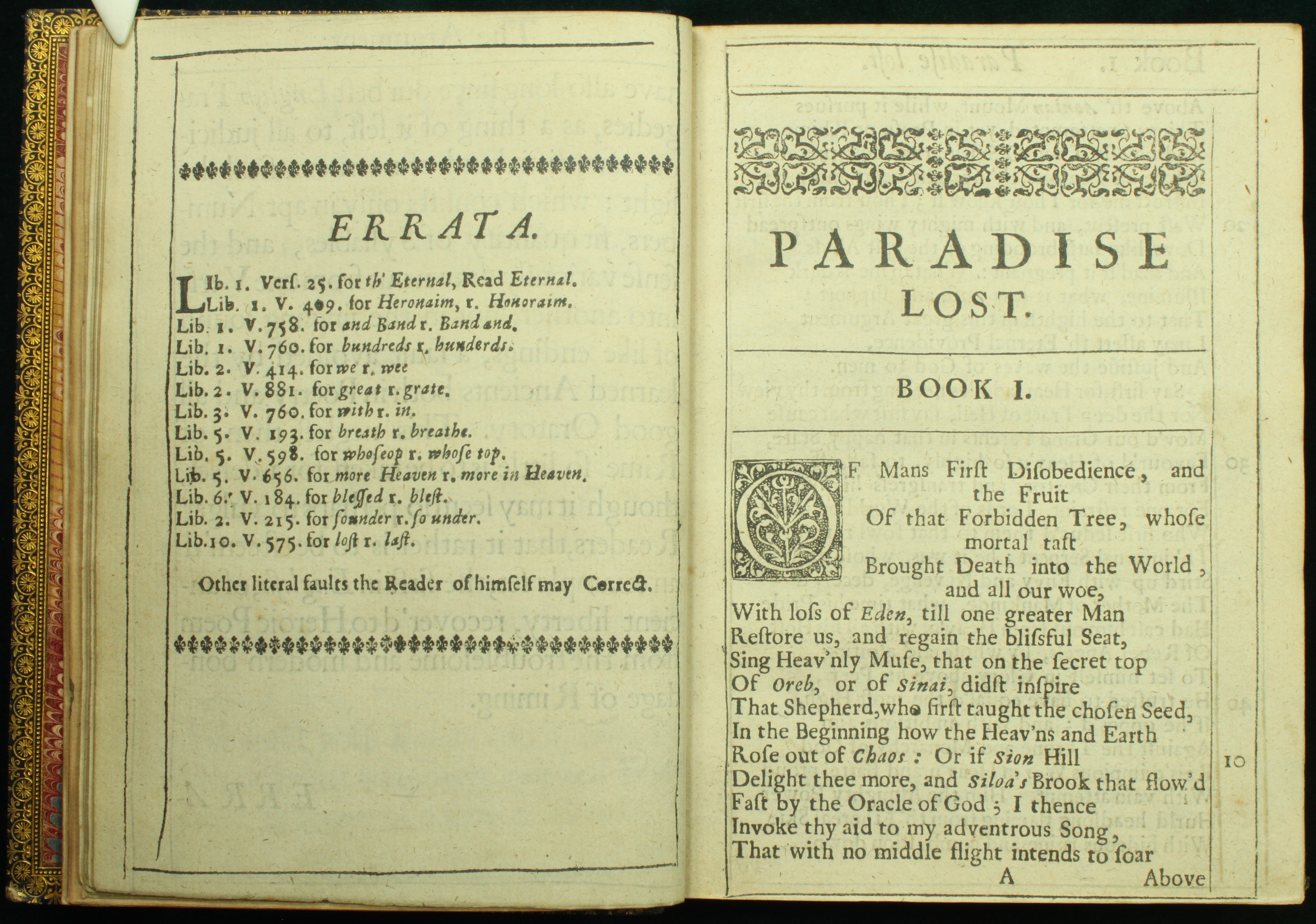 A first edition of one of the most influential texts in the English language, Paradise Lost by John Milton, is up for auction on the online auction website for special objects Catawiki.

A hugely influential piece of work, traces of Paradise Lost can be found in the great works of poets and authors from William Blake to Philip Pullman.

Remarkably this 348-year-old book remains in fantastic condition, accompanied also by a manuscript copy of the contract between Milton and S. Simmons Printers in 1669 – the earliest known English publishing contract, proving a milestone in the development of copyrighting.

The contract begins, “These presents made the 27th day of April 1667 between John Milton gent of the one part and Samuel Symons printer of the other part witness That the same John Milton in consideration of five pounds to him now paid by the same Samuel Symons and other considerations herein mentioned, hath given granted and assigned and by these presents doth give and assign unto the said Samuel Symons his executors and assignes All that booke copy or manuscript of a poem intituled [sic] Paradise Lost or by whatsoever title or name the same is or shall be called or distinguished …”