Eccentric creations by four brothers who made Victorian art pottery – now coveted across the world – has flown into a Derbyshire auction house from New York with a collective estimate of £100,000. 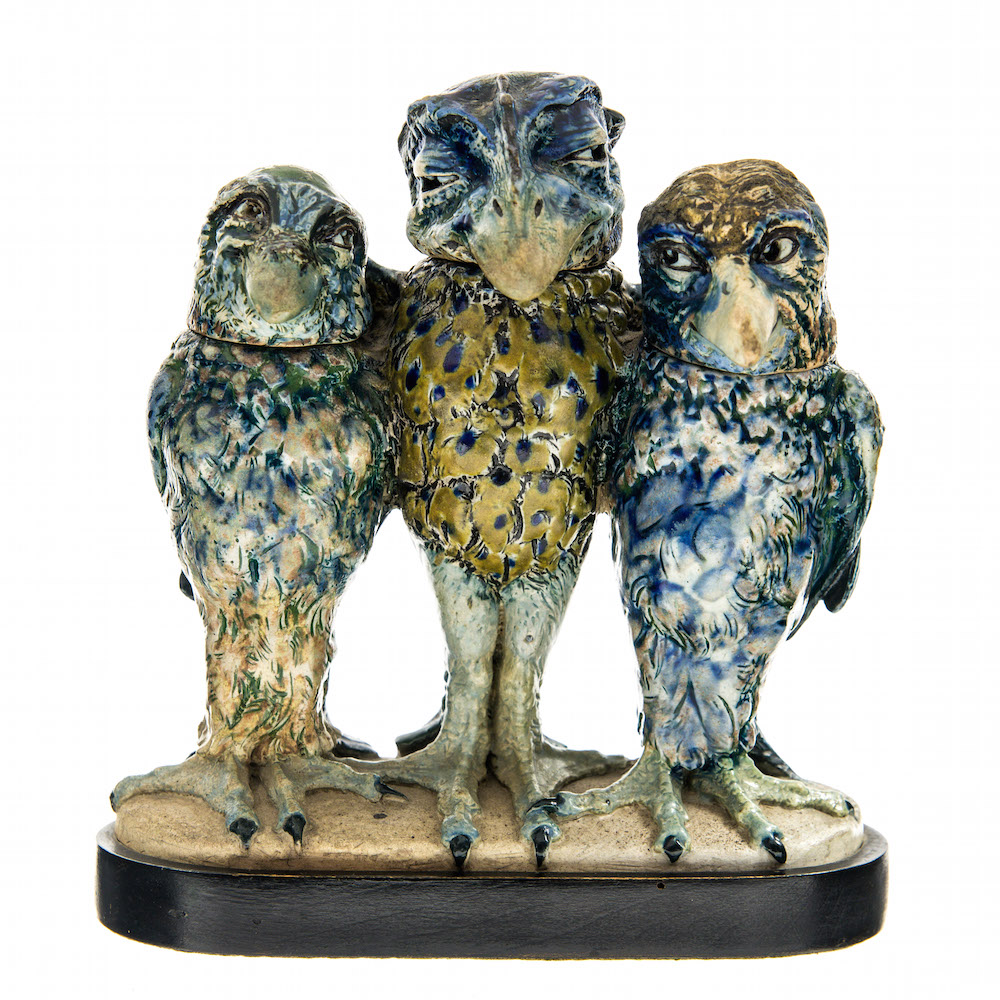 Created by the Martin Brothers, the four pottery figures up for sale include a triple Wally Bird. Named after its maker Robert Wallace Martin and featuring three birds, it is valued at £50,000. In addition, a rare frog has an estimate of £22,000, an inkwell is valued at £18,000 and ‘The Preacher’ comes in at £10,000.

The dark, mysterious and unique pieces, some of which are modelled on political figures of Victorian London, will be sold by Hansons Auctioneers, a Derbyshire auction house which recently sold a rare Chinese plate, from 1723-1735, for £230,000.

Owner Charles Hanson said: “I have always wanted to sell a Wally Bird. These extraordinary pieces are often bought as investments as the market has tripled in value in the last two decades. Triple-bird groups are among the most coveted of all Martinware Pottery so to have one here at Hansons is very special for us.

In the early 1880s the first ‘Grotesque’ birds were produced by Robert Wallace and became known as Wally Birds. Charles said, “They are utterly captivating. The heads can be turned to different angles and the birds were sometimes modelled on leading political figures and influential merchants including politicians Gladstone and Disraeli. 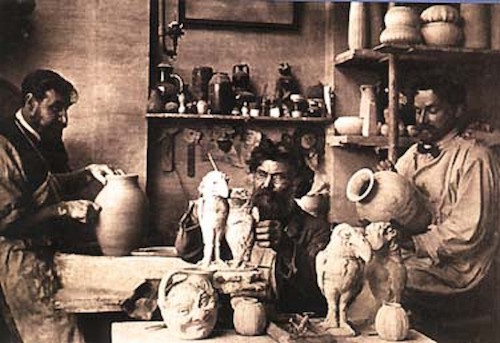 Robert Wallace, Walter, Charles and Edwin Martin launched Martinware Pottery in 1873 with a kiln in Fulham. In 1877 they moved to Southall, where sporadic production continued until 1923.

The eldest brother, Robert Wallace, modelled the figures, Walter fired the kiln, mixed the glazes and threw the pots, Edwin was chiefly the decorator while the youngest brother, Charles, ran the city shop – badly.

Wildly eccentric, even by the standards of his siblings, he hated to part with any of the wares, hid the best of them under the floorboards, and turned away many a prospective customer. Eventually, the shop burned down, the brothers lost their stock – and Charles his sanity. 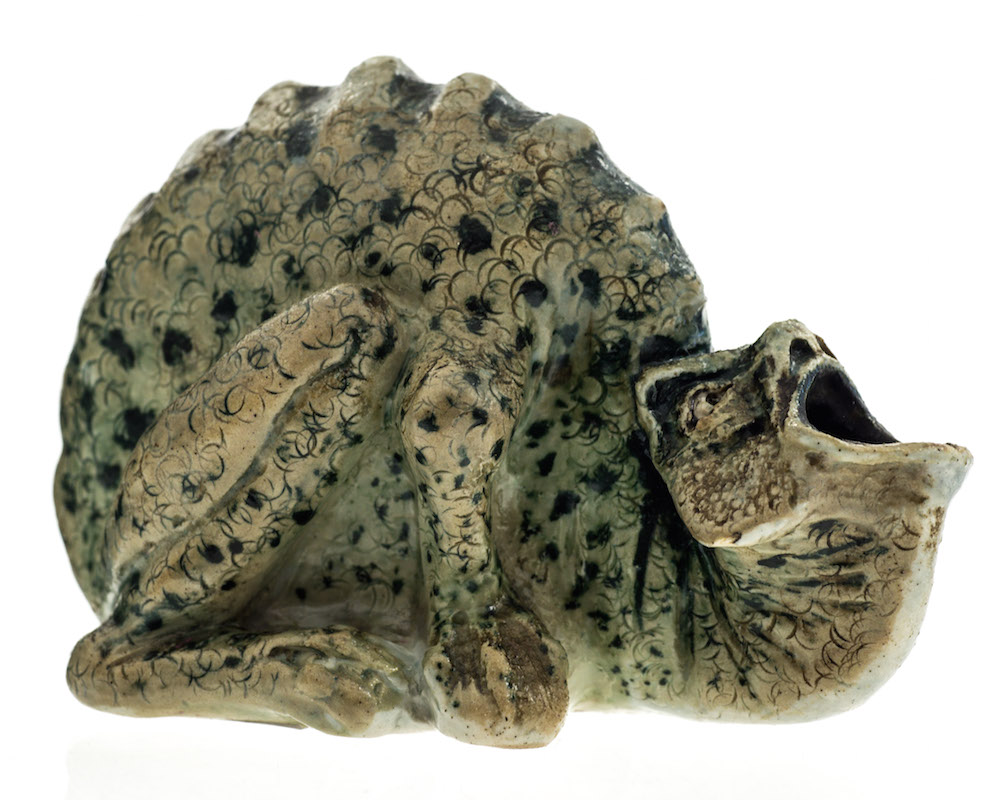 “There was a less-than-commercial approach to production,” said Charles. “A single high-temperature kiln was fired just once a year without protective saggars which meant every pot was in direct contact with the flames. The result was a very unpredictable output. On one occasion, only one good pot emerged from an entire year’s work, but the pieces that did emerge were Victorian art pottery at its best, a vast range of wares often beautifully formed and decorated, sometimes whimsical, sometimes comical, sometimes dark.”

Robert Wallace, the brother responsible for the celebrated Wally Birds, started his apprenticeship on the remodelling of the Palace of Westminster, exhibited at the Royal Academy and won a scholarship to study at the renowned Lambeth School of Art. They brothers’ eccentricity and talent got them noticed and soon buyers from Tiffany & Co in New York were knocking at the door. 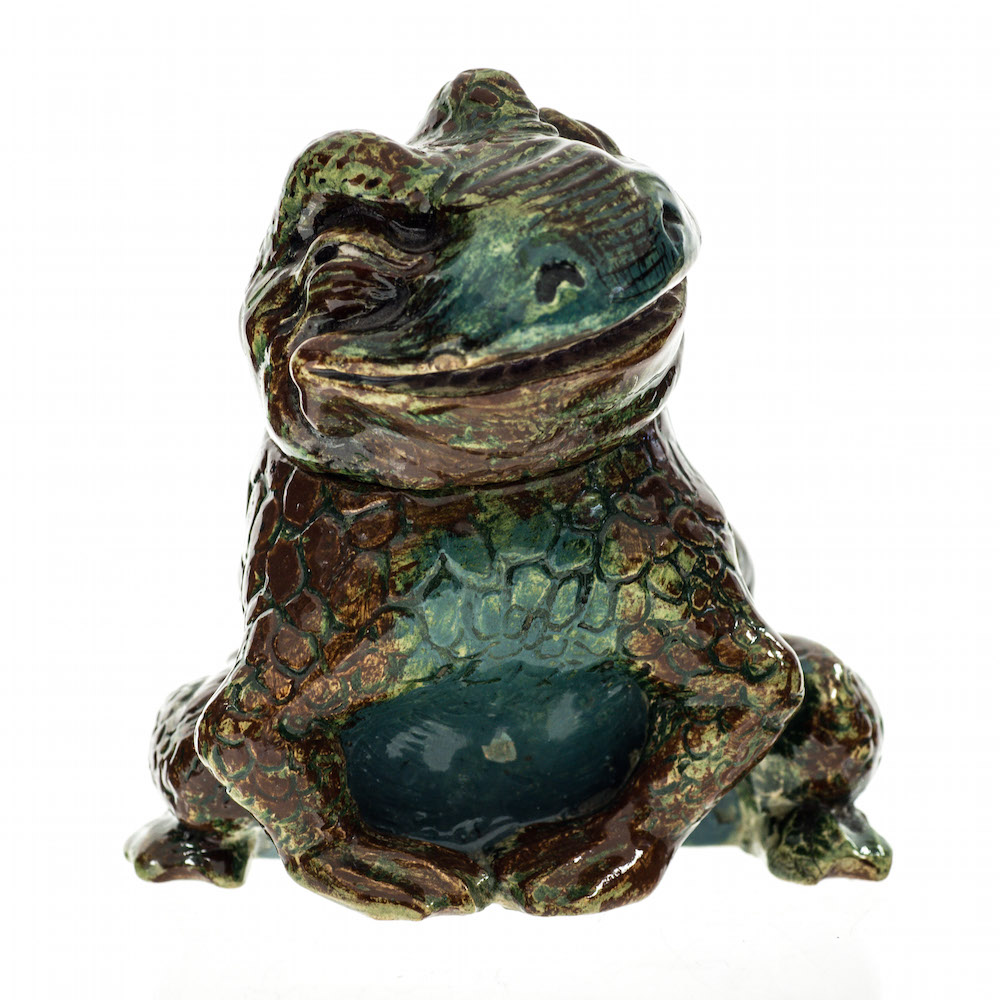 “Between 1896 and 1898 the brothers experimented with firing earthenware, rather than salt glazed stoneware, in a specially constructed kiln. This gave access to a whole new range of colours and finishes. Both firings failed and most of the production was entirely lost. Examples such as the frog offered in this sale are subsequently very rare and collectible.”

Since the closure of the Martin Brothers factory, international museums have sought to represent their work. They are regarded as one of the most important contributors to the International Arts and Crafts Movement.

The Martin Brothers’ pottery will be sold at Hansons Auctioneers’ Decorative Arts Auction on October 24.