Evidence of the burgeoning brown furniture revival has been seen again, following the recent sale at Moore Allen & Innocent in the Cotswolds where dark furniture dominated as the sale’s top sellers. 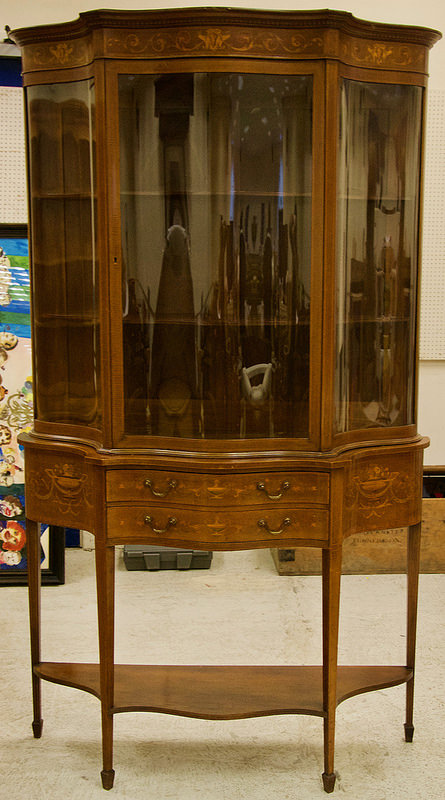 Pieces of antique furniture took all four top-selling spots, leading auctioneer Philip Allwood to comment that the vogue for modern, light furniture was on the wane, with customers seeking older, darker, better-made furniture that stood the test of time.

He said, “For more than a decade, consumers have preferred lighter wood, particularly elm and beech,” said Philip. “Older dark woods, especially hardwoods like mahogany, fell out of fashion, but it seems buyers are getting a taste for the look again.”

At the firm’s antique and general sale an Edwardian mahogany and inlaid display cabinet, in the Sheraton revival style, achieved the top price of the day at £1,350 – well in excess of its £100 to £150 estimate.

The next lot in the catalogue, an 18th-century walnut bureau with an estimate of £200 to £300, made the second-highest lot price – £1,100 – while a Victorian mahogany chest of twenty four drawers, each inscribed with letters of the alphabet, took the number four spot at £850.

Taking third place – and demonstrating a growing interest in late 20th century furniture – a 1960s’ teak sideboard by Søborg Møbler of Denmark achieved £980 against an estimate of £100 to £150.

Elsewhere in the furniture section, a 19th-century dark oak bureau, which was expected to achieve between £70 and £100, sold for £750, while a pair of Regency mahogany and satinwood arm chairs with red floral decorated and cream ground upholstery achieved £620.