Sotheby’s Hong Kong has set a new world auction record for Chinese ceramics with the sale of a highly important and rare Ru guanyao brush washer sold for £28.2 million after a 20 minute bidding battle recently. 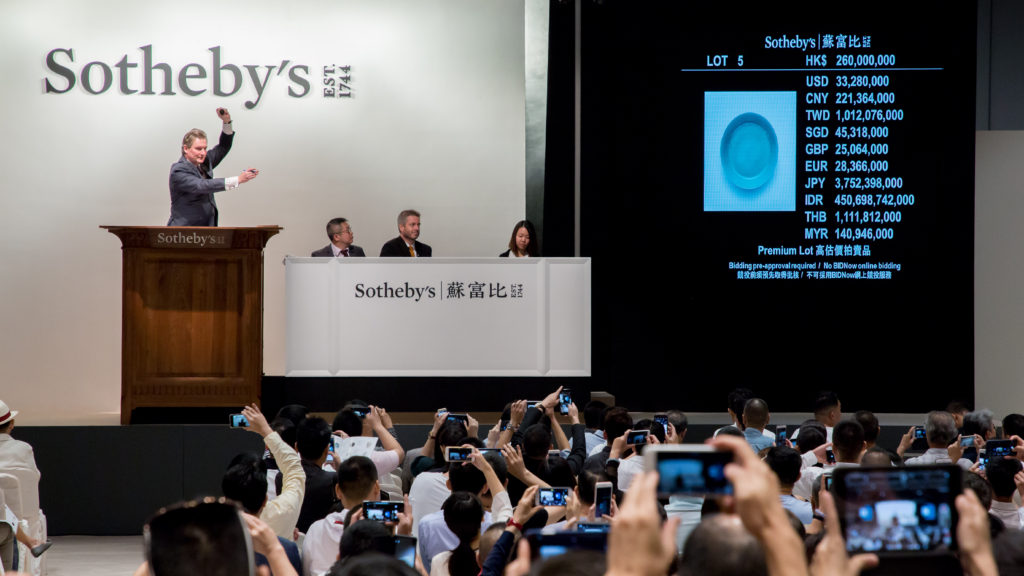 Ru guanyao, the court ware of the late Northern Song (960-1127), was commissioned by the imperial court and is the most revered of the Five Great Kilns. Its quasi mythical status over the millennium can be attributed to its short-lived production period, generally believed to not have exceeded twenty years.

With its glowing, intense blue-green glaze, its luminous, complex interlaced ‘ice crackle’ pattern, its classic, excellently proportioned shape, and its three fine ‘sesame seed’ spur marks, the brush washer, formerly in the collection of the Chang Foundation in the Hongxi Museum, Taipei, is a pre-eminent example of Ru guanyao and incarnates to perfection the ware’s revered qualities.

While seemingly small and unobtrusive, these understated aesthetics reflect the calibre and meticulousness of its craftsmanship, a quiet metaphor of Chinese philosophy celebrated by erudite connoisseurs and scholars throughout time. Measuring 13cm in diameter, the washer is one of only four known heirloom Ru wares in private hands.