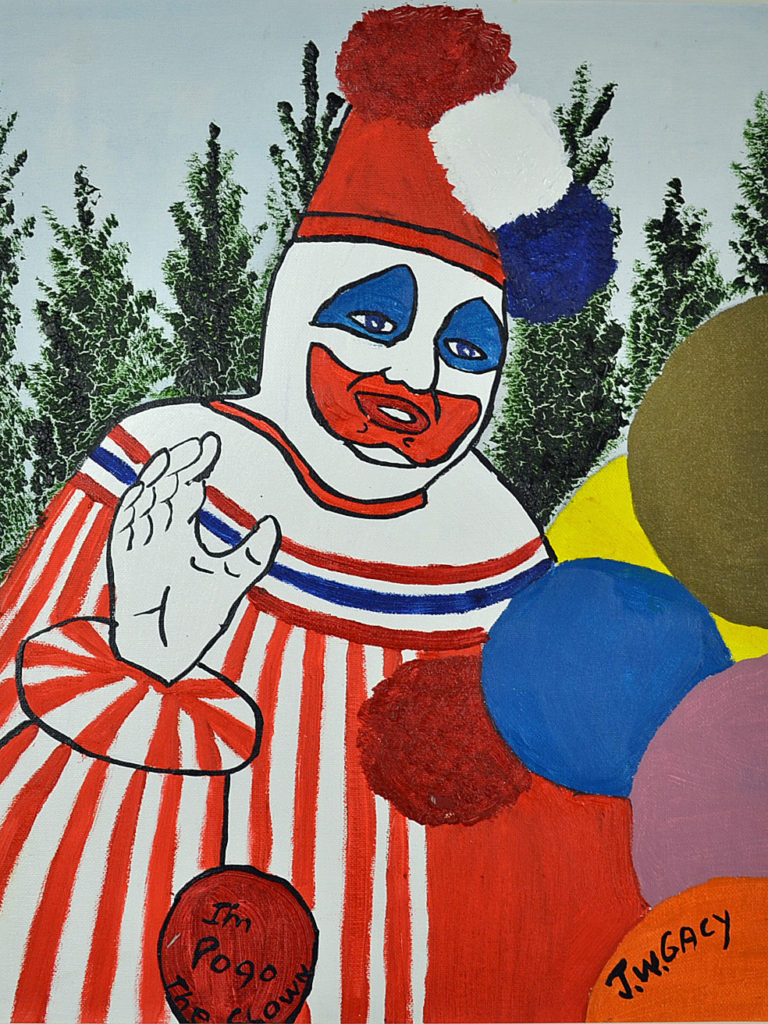 A macabre collection of artwork and artefacts from some of the world’s most notorious serial killers and murderers is coming up for sale in Shropshire later this month.

The items, part of Mullock’s Collectables, Historical Documents and Indian Ephemera sale on October 17, range from paintings and letters to signed prints by convicted killers such as John Wayne Gacy, Henry Lee Lucas and Ted Bundy. 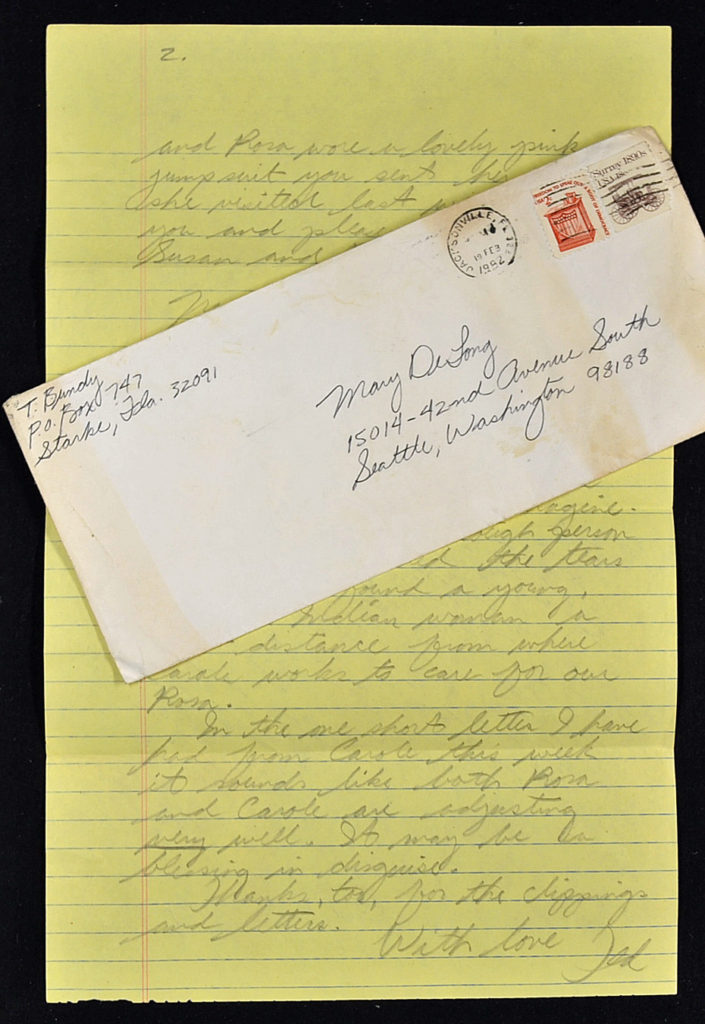 Dubbed the sale’s ‘Murderabilia’ section, examples include a number of paintings by Gacy, a former children’s clown entertainer who was convicted and finally executed in 1994 for murdering over 30 teenage boys and young men. One example is an oil on canvas entitled ‘I’m Pogo The Clown, Hello‘, which has an inscription to the reverse, ‘Enjoy Pogo as much as I enjoyed doing it for you, Best Wishes, John Wayne Gacy ’85‘.

A rare hand-written letter from notorious serial killer Ted Bundy is another lot expected to create interest. Dated 1982, the letter was written in response to a woman called Mary who had sent Bundy a gift. The letter is signed, ‘With Love Ted‘ and carries an estimate of £3600-£4000. Bundy was an American serial killer who assaulted and murdered numerous young women and girls during the 1970s. Shortly before his execution he confessed to 30 homicides committed in seven states between 1974 and 1978. The true victim count remains unknown and could be higher. Bundy was executed by electric chair in 1989.