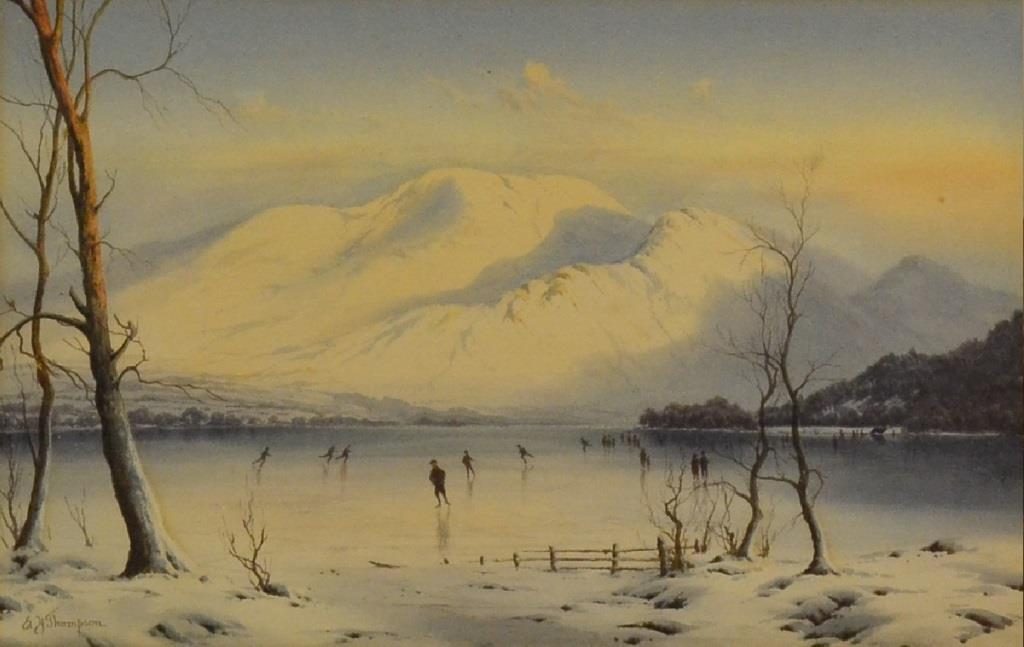 With much of the lots sourced from private estates, paintings proved particularly popular, and the department provided some of the highest prices of the day. Of particular note were a set of three watercolours by Irish artist William Percy French (1854-1920), which piqued the interest of bidders in the artist’s homeland. Entered into sale with a modest estimate of £300-500, the trio of landscapes finally sold for £2,900.

Another trio of watercolours, this time by Cumbrian artist Edward H Thompson (1866-1945) depicting Lakeland views, attracted strong bidding too. Achieving a hammer price of £2,500, it was perhaps the rare inclusion by the artist of figures skating on the frozen lake in one of the paintings which helped reach such a high price. 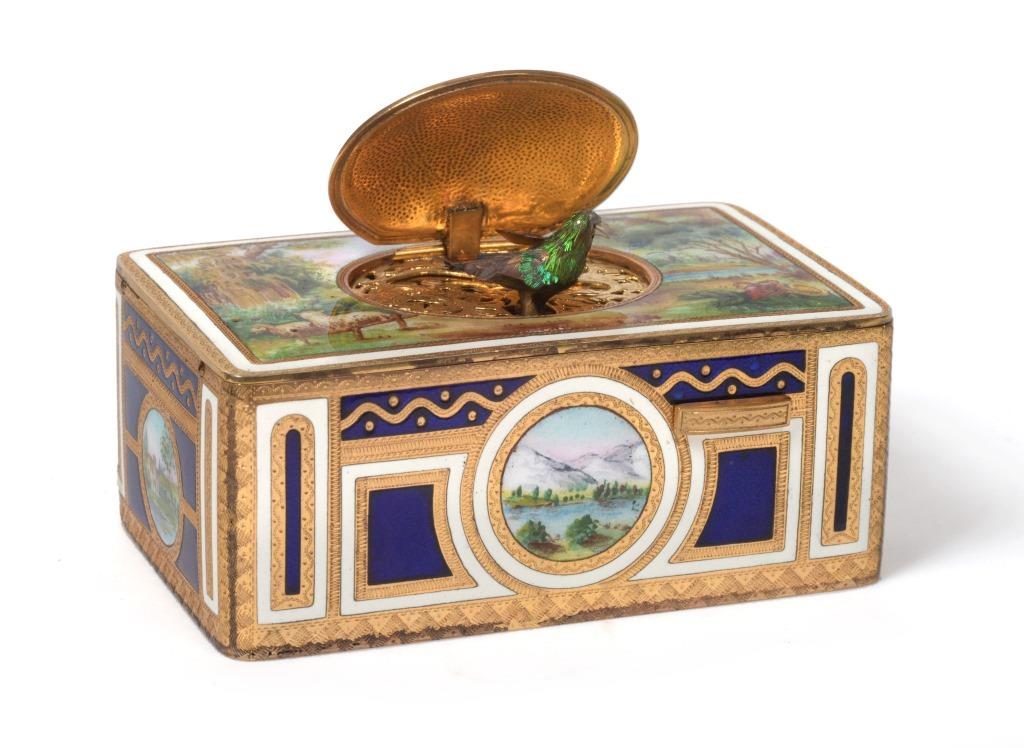 Elsewhere in the sale, one of the top lots was a Persian copper and white metal inlaid brass tray, dating from c.1900. Heavily tarnished but highly decorated, the 68cm wide tray attracted competitive bidding in the room to sell for £3,800 – well over the bottom estimate. One of the prettiest lots in the sale was an early 20th century gilt-metal and enamel singing bird box. Attributed to Karl Greisbaum and decorated with pastoral scenes, this little gem sold for £2,400.