Generally, cigarette cases at auction may command a few pounds, but very few break through the £50,000 barrier, unless they carry the name of Russian jeweller Fabergé as witnessed at Chiswick Auctions. 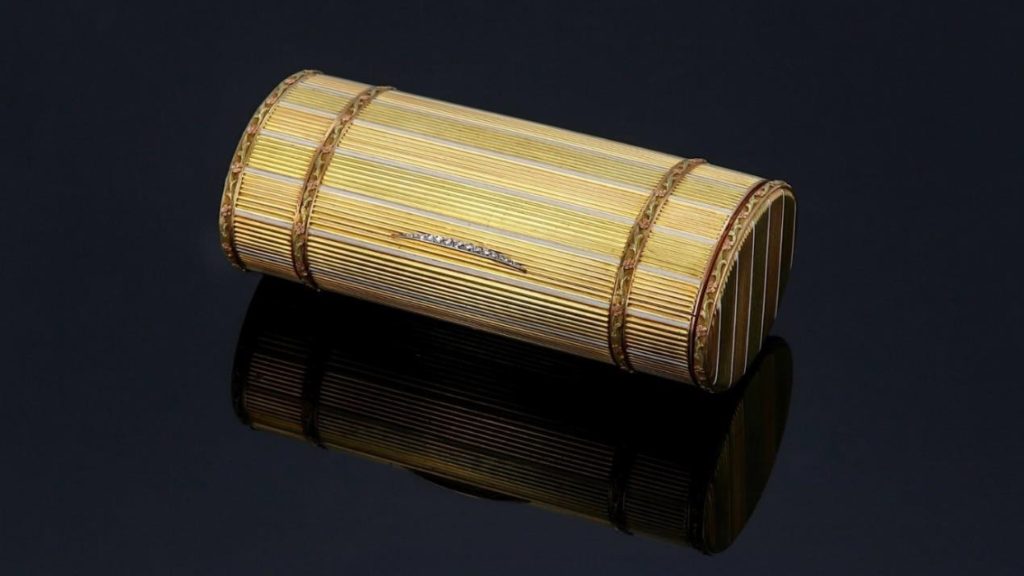 Inscribed with the workmaster’s mark of Henrik Wigström, one of the most important Fabergé work masters, the cigarette case exemplifies the refinement and technical perfection for which Fabergé is internationally recognised. A rock crystal snuff box by Fabergé also realised £20,910 on the day. Famed for its elaborate jewel-encrusted eggs designed for Russian Tsars, Fabergé has long been esteemed by discerning collectors including royalty. There are more than 250 pieces in the Royal Collection alone.

“When first holding the case in my hand, I was simply struck by it. It really possessed a magnitude to it. Being inscribed by the workmaster, Wigström, meant I knew it would ignite the market” comments Head of Department, John Rogers.

After heavy competing in the room, on the telephone and online, the hammer fell at £41,000 to an anonymous buyer in the room. “The demand for Fabergé is global and when previously unknown items such as the cigarette case emerge from a private collection, it is an exciting opportunity for buyers to acquire a ‘new’ Fabergé and they are prepared to pay well for such items” continues Rogers.