Demand for vintage vinyl continues on track, according to recent results from Gloucestershire auction house Moore Allen & Innocent where LPs and singles worth more than £1000 recently changed hands. 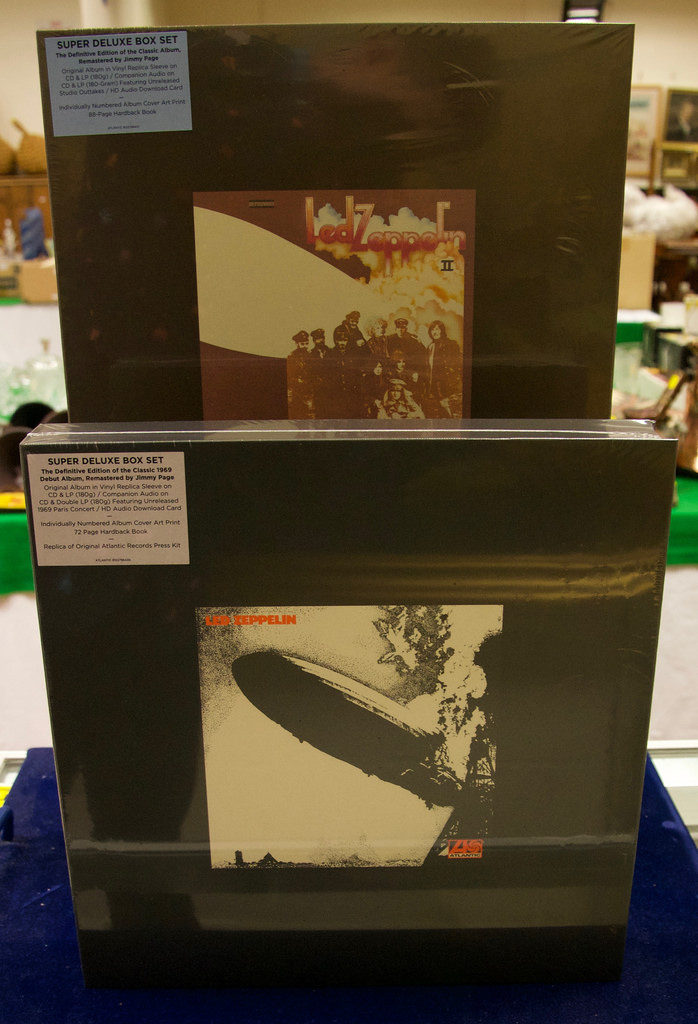 Top of the lots was a collection of Super Deluxe Edition retrospective box sets by Led Zeppelin, which sold for £500.
The series, pressed between 2014 and 2016, saw each of the band’s nine studio albums digitally remastered by guitarist Jimmy Page from the original analogue tapes. Pressed on 180gms vinyl, each album was packaged along with an album of live tracks – previously only available as bootlegs – along with posters and a book examining the writing and recording of each album.

Each boxset was sold unopened and shrink wrapped, and housed in a Warner Brothers posting case. The lot also included The Complete BBC Sessions – a selection of recordings made for the broadcaster over the band’s 12-year recording career – which was also shrink wrapped.

Other pre-played albums and singles that performed well, included:

A good selection of LPs from The Beatles, the Rolling Stones, Jimmy Hendrix, The Who, and The Doors along with a box of 36 seven inch single by John, Paul, George and Ringo. It achieved £120.

A collection of albums by David Bowie, Queen, Pink Floyd and Mike Oldfield made £130.

A collection of albums, including Motörhead, Iron Maiden, Mötley Crüe, and AC/DC. It achieved £95.

A collection of various acts from the 1980s, including Madonna, Michael Jackson, Elton John, Kate Bush, UB40, and the Thompson Twins, and a selection of 2000s 12-inch singles, made £90.

Elsewhere in the sale, another revival, brown furniture, continued to find favour with buyers. The top price of the day – £750 – was achieved by a handsome 19th-century mahogany partner’s desk with a red leather tooled and gilded inset top (estimate £200 to £300), while a small walnut and feather banded bachelor’s chest of four drawers (estimate £500 to £800) claimed the second-place spot with a winning bid of £650.