Signed drawings for one of the greatest feats of engineering in the 19th century by father and son engineers, Marc Isambard Brunel and Isambard Kingdom Brunel, have sold for £200,000 at Bonhams. 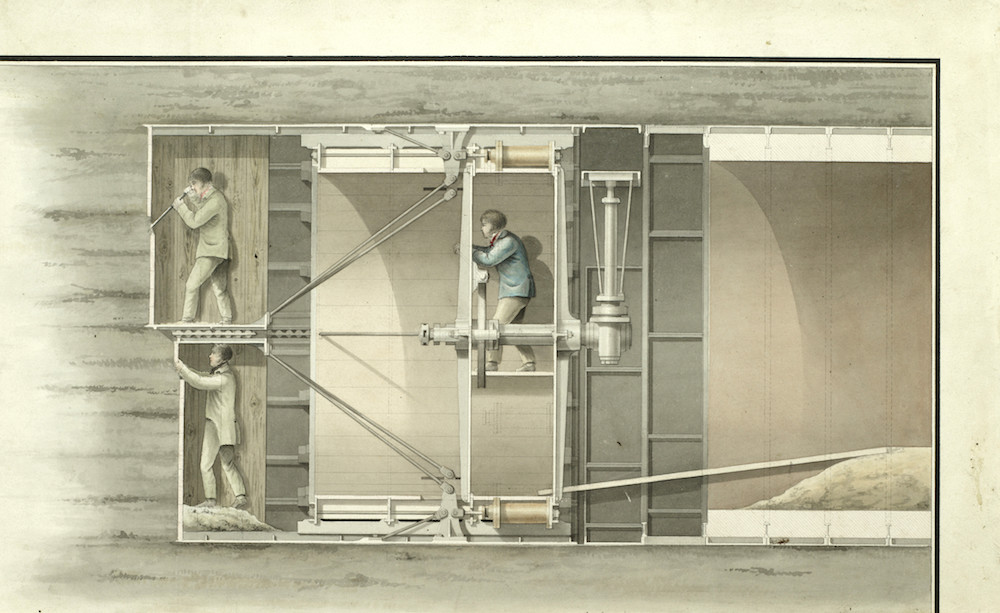 Designs for the Thames Tunnel, signed by both Brunels were part of Bonhams Fine Books, Atlases, Manuscripts and Photographs Sale in London. The archive, which came with the signed Brunel family album in which the drawings were originally kept, had been estimated at £50,000-100,000.

Built between 1825 and 1837, the Thames Tunnel – which connects Rotherhithe and Limehouse in East London – was the first ever successful underwater tunnel. The techniques pioneered by the Brunels revolutionised tunnelling and had a significant impact on the development of the London Underground – indeed they were still influential in the construction of the Channel Tunnel in the late 1980s. The Thames Tunnel remains in daily use, 180 years after its completion, as part of the London Overground rail network.

Bonhams Head of Books and Manuscripts, Matthew Haley, said: “This was a very important archive of what was described at the time as ‘The Eighth Wonder of the World’, and is still regarded as one of the greatest engineering feats of the 19th century. The high price paid reflects its huge significance.”