Four rare pieces of Lowestoft porcelain are to be sold in Norfolk later this month, with one lot estimated to fetch up to £9,000.

The star lot of the items is a very rare blue and white birth tablet inscribed ‘Mary Rushmer 1796’ in excellent condition, which has not been seen publicly for 30 years. The 2.5 inch diameter tablet is one of a small number commissioned at the Lowestoft factory, and has a pre-sale estimate of £7,000-£9,000. 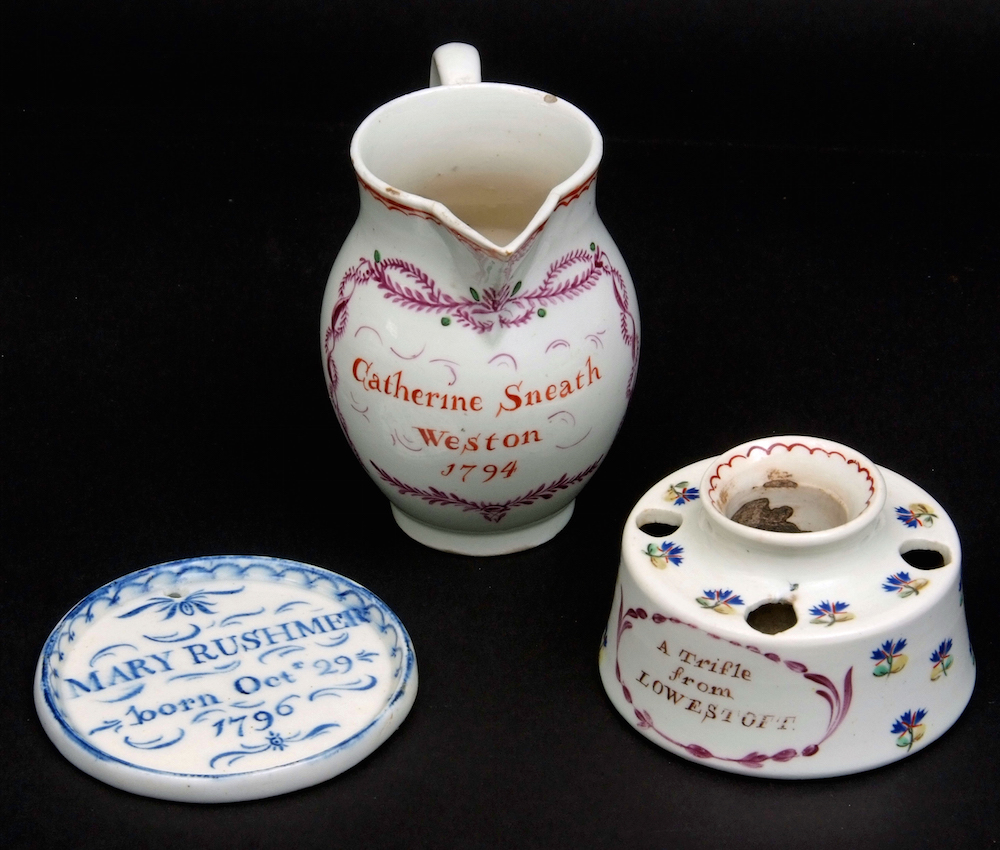 The other remaining lots are:

Earlier this year, Keys Fine Art Auctioneers in Aylsham sold a pair of white glazed figures of musicians from the Suffolk factory dating from around 1770 for £4,000; and in their March sale a blue and white model of a ram went for £2,000.

“Most of the Lowestoft factory’s output was focussed on tea wares and other utility pieces, and decorative items are much rarer and therefore much sought after by collectors.”

Keys’ November Fine Sale will also include more than 100 lots of English ceramics, including 18th-century pieces from Worcester, Derby and Chelsea, as well as Victorian majolica ware. Also in the sale is a good range of continental and oriental pieces.

The Lowestoft porcelain will go under the hammer on the first day of Keys’ three day Fine Sale, which runs from November 28 to 30.