Christie’s has achieved a world auction record for any work of art sold at auction with the sale of Leonardo da Vinci’s Salvator Mundi, which achieved $450 million, including auction house premium. 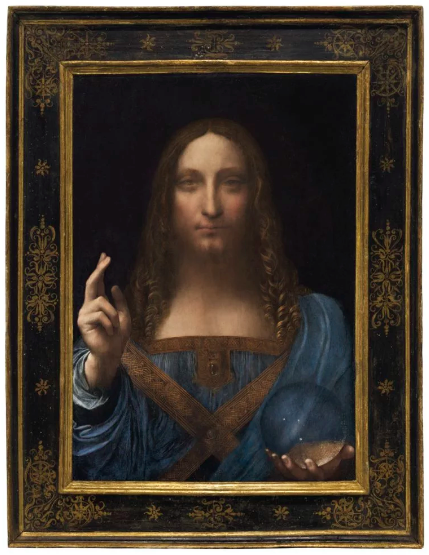 The rediscovered artwork, billed as the ‘biggest discovery of the 21st century’ was sold in Christie’s New York saleroom after a tense, but short 20-minute battle between bidders on the phones. 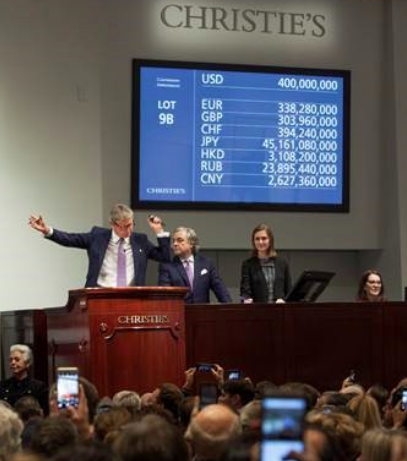 The contest finally boiled down to two bidders, with increments in bids jumping from $332 million to $350 million, then from $370 million to $400 million. Auctioneer and Christie’s Global President Jussi Pylkkänen finally brought the hammer down at $400 million, saying, “Thank you all for your bidding. Four hundred million selling here at Christie’s. The piece is sold.”

Christie’s would not reveal the identity of the buyer of the painting, or where they were in the world.

“It is every auctioneer’s ambition to sell a Leonardo and likely the only chance I will ever have,’ said Pylkkänen. ‘It’s the pinnacle of my career so far. It is also wonderful for an Old Master to be at the centre of such attention. The excitement from the public for this work of art has been overwhelming and hugely heartening.”