The daughter of footballing legend Sir Stanley Matthews is to auction off several of his items at a Derbyshire auction house later this month. 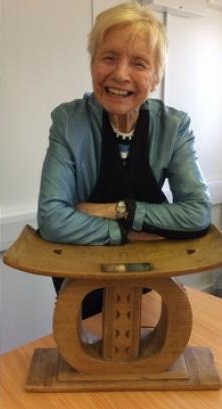 Jean Matthews-Gough, has decided to sell several items relating to the England, Stoke and Blackpool football legend and said, “I want football fans to have the opportunity to own something that belonged to Stanley Matthews. They are gathering dust in drawers and cupboards. Although they mean a lot to me it seems a shame to have them hidden away.” She added, “Pop was not one for memorabilia. He never lived in the past – he was all for the future. He got his happiness from people, not from things. I am sure he would have approved.”

Lots up for auction at Hansons Auctioneers include:

But for Jean, 78, who lives in Newcastle-under-Lyme with husband Bob, 82, there is one item above all others up for auction that symbolises 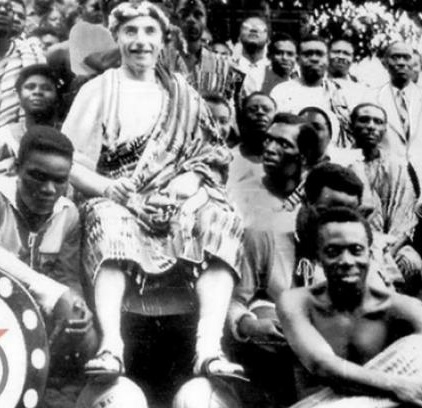 what meant the most to her father – a ‘throne’ made for him when he was crowned Football King of Ghana.

The ‘throne’, a small carved wooden stool (estimate £1,000-£1,500), was given to Matthews by the people of Ghana, to honour him for his sporting dedication to youngsters in their country.

Jean said: “It’s the one thing he always kept in his study so he could see it every day at his home in Stoke.”

Sir Stanley Matthews’ memorabilia will be sold at Hansons Auctioneers on November 27.