A rare 15th-century gold coin that may have been dropped by a soldier running from the battle at Bosworth Field where King Richard III met his death in 1485, is coming up for sale at international coins, medals and jewellery specialists Dix Noonan Webb in London next month.

The gold Half Angel was discovered by Blackpool metal detectorist Michelle Vall at Monks Kirby in Warwickshire. One of just a few that survive from Richard’s brief two-year reign, it is now expected to fetch up to £15,000 at auction. 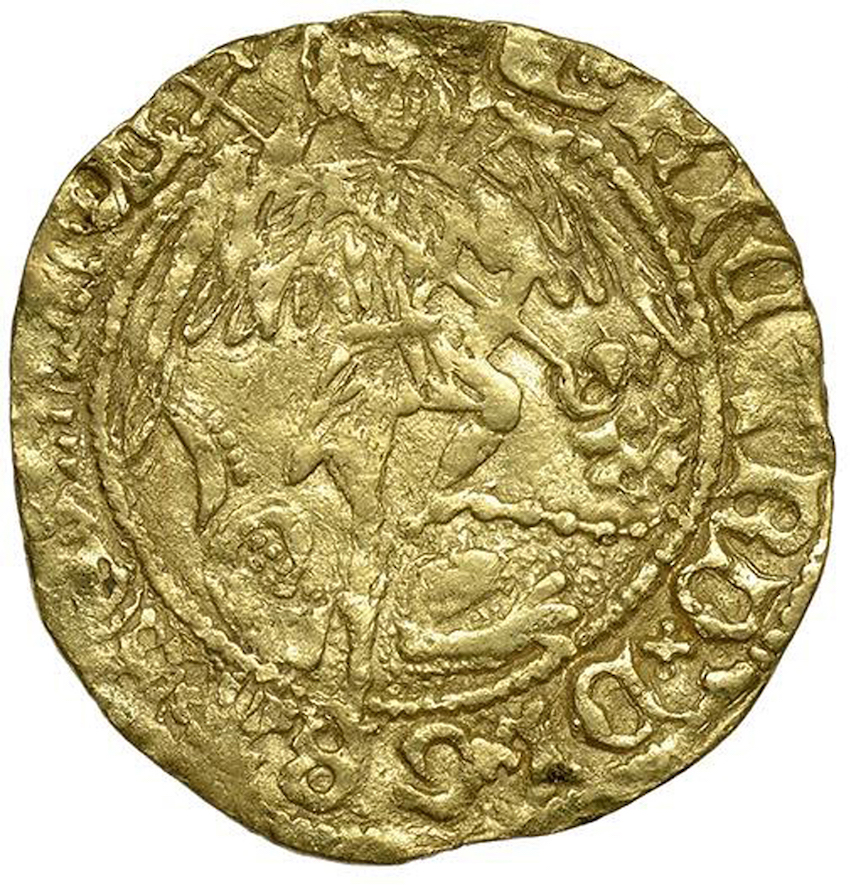 “This is a very rare discovery that has miraculously survived in a Warwickshire field for more than five centuries,” said Christopher Webb, head of the coins department at Dix Noonan Webb. “Its importance as a coin is enhanced by the tantalising possibility that it may have belonged to one of Richard’s army whose defeat at Bosworth ended the Wars of the Roses and ushered in the Tudor dynasty.”

Michelle, a 51 year-old primary school teaching assistant from Blackpool, was taking part in a charity detecting rally at Monks Kirby, between Coventry and Leicester, in September this year when she discovered the Half Angel. “After detecting for two and a half hours in a farmer’s field, I got a signal,” she said. “The coin was deep down, about 16 inches below the surface, and the soil there is thick clay so it took a bit of digging out.”

“I spotted this glint of gold in the hole, although I obviously did not know exactly what it was at first. I put it in the palm of my hand and then I went back to the organisers’ tent. One of them identified it and people became very excited. That was when I realised that it was a Half Angel.”

“I have decided to sell it because it is too valuable to keep,” said Michelle, a mother of two. “I did not want to keep it in a locked cupboard. I feel very privileged that I have found something so precious and historic. The memory of that day, the excitement not just of myself but also of other detectorists, when I found that beautiful, tiny, piece of historic gold will live with me forever.” 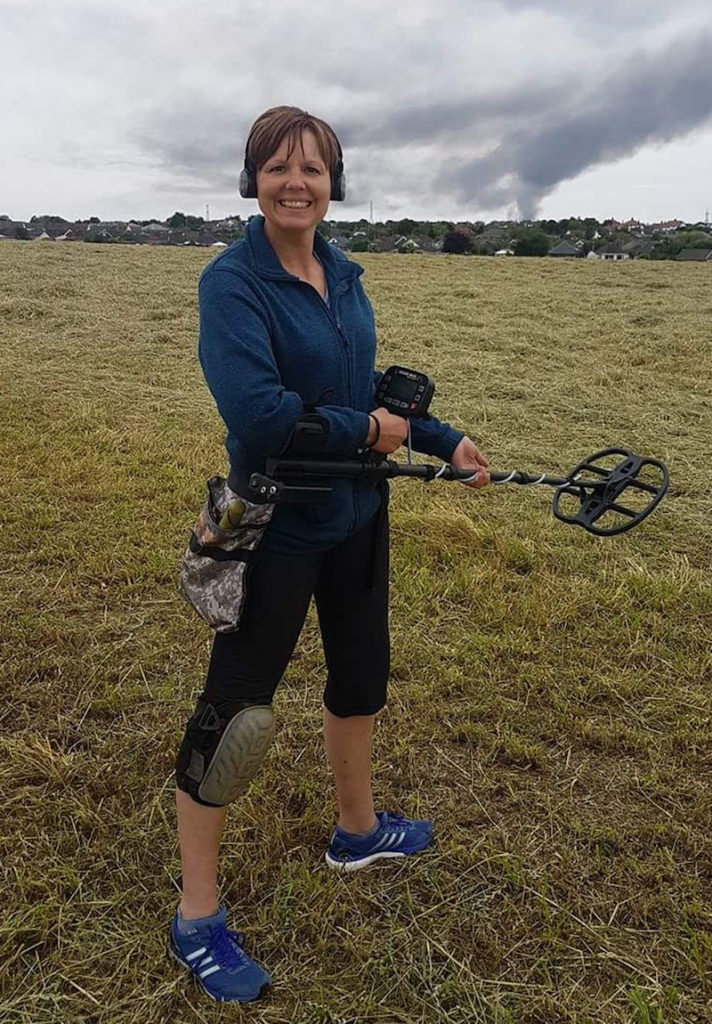 Michelle only took up metal detecting last January. She said: “I started detecting because I am a keen antique collector and walker and when I became aware that it is a popular activity and there are clubs you can join with like-minded people, I realised that it combines the best of both my passions. So now I am able to find history myself out in the fields of our beautiful countryside.

“I am absolutely hooked on it. I go detecting with my husband most weekends and I have researched many items that I have found on the internet. This has improved my historical knowledge which I pass down to the children in the school where I work.”

The Half Angel gold coin was introduced in 1472, its name deriving from the image on one side of the archangel Michael slaying a dragon. It was half the value of the Angel coin, introduced in 1465, which is so iconic that many English pubs are named after it. Richard III issues are rare because his reign was so brief. There has always been intense interest in Richard, a controversial figure, particularly since his remains were discovered in Leicester in 2012.

The Battle of Bosworth Field was fought on 22 August 1485 and marked the end of the Wars of the Roses between the Lancastrians and Yorkists that raged across England in the latter half of the 15th century. The Lancastrian Henry Tudor defeated the last Yorkist king Richard III and began the Tudor dynasty. It was one of the most important days in English history.