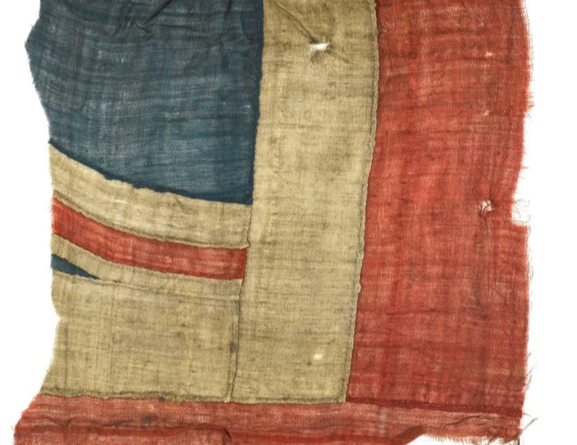 Objects that celebrate Britain’s national maritime hero and legend, Lord Horatio Nelson, including a large fragment of the Union Jack believed to have flown from his ship, HMS Victory at the battle of Trafalgar, spearhead Sotheby’s London’s sale Of Royal and Noble Descent on January 17. 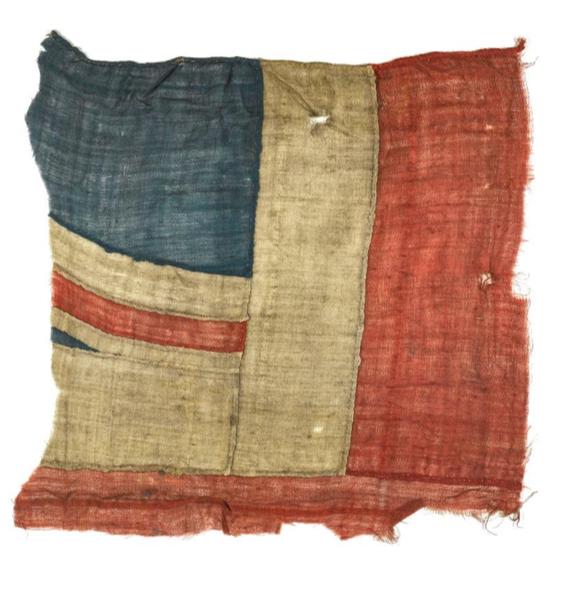 The sale will also include the captivating love letters Nelson sent to his mistress Lady Hamilton during an affair that scandalised 18th-century England.

In total, the sale features 79 lots entirely dedicated to Nelson, Trafalgar and the British great maritime tradition. A number of these objects would have been with Nelson at his final hour, including an exceptionally large fragment of the Union Jack believed to have flown from his ship HMS Victory at the battle of Trafalgar, which carries an estimate of £80,000-100,000. There is also his grog chest, with its carefully cased set of fine decanters, that he kept in his cabin at sea, estimated at £35,000-45,000; his engraved glassware, each estimated at £12,000-18,000; and a pair of silver sauce tureens emblazoned with his coat of arms, estimated at £30,000-50,000. 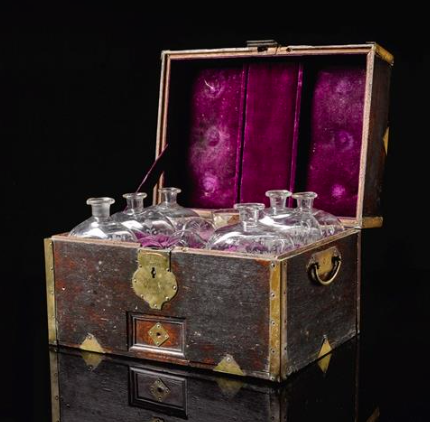 Nelson’s personal life both fascinated and scandalised contemporary society. The collection includes a number of his love letters to his mistress, Emma Hamilton – revealing a beguiling window into Nelson’s tempestuous personality and the relationship between the two most famous English people of their day. Written between October 1801 and May 1803, these letters also document key events in European history, from the Amiens peace negotiations to the battle of Trafalgar. Emma’s portrait, by the great Irish neo-classicist Gavin Hamilton, which once hung in her husband’s salon in Naples, is also offered here with an estimate of £150,000-200,000.

The sale also features exceptional table services, including the Matcham desert service emblazoned with a fouled anchor and depicting scenes of the battles of Copenhagen and the Nile in the borders. This service is thought to have been a gift from Nelson to his sister Catherine Matcham and relates closely to a set recorded at Merton, Nelson and Emma Hamilton’s house in London. The service has an estimate of £40,000-60,000.

Elsewhere, the sale covers centuries of history and includes furniture, paintings, decorative art and precious objects that once belonged to important European dynasties and historical figures. 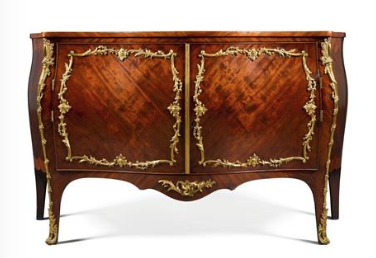 Among the impressive pieces of furniture in the sale is a George III gilt-lacquered-brass mounted mahogany and ebony strung bombé commode, circa 1770, attributed to Pierre Langlois. This commode was formerly at Bickling Hall, a grand Jacobean house built by Sir Henry Hobart in 1616 on the sight of an earlier house that had been in the Boleyn family. The commode was most likely commissioned by John, 2nd Earl of Buckinghamshire who succeeded his father to the Earldom in 1756. It has an estimate of £ 50,000-80,000.

A Swiss walnut armorial cabinet, probably made in Basel in the 17th century stands as an outstanding example of Swiss carving, reflecting stylistic features typical of the transitional period between late Renaissance and early Baroque. Estimated at £40,000-60,000. 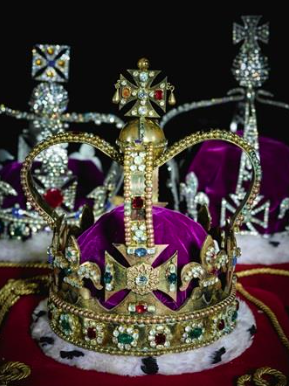 Several replicas of the British Crown Jewels were made in honour of the Coronation of Queen Elizabeth II on 2nd June 1953 in order to be displayed to communities across the Commonwealth. The sale features one of these sets, consisting of five crowns(including the Imperial State Crown worn by the Queen for the ceremony), five sceptres, three swords, the Ampulla, modelled as a standing eagle, the Mace, the Sovereign’s orb, the Armills of Charles II, and the King’s Spurs. The jewels have an estimate of £5,000-7,000.

Discussing the forthcoming sale, João Magalhães, Sotheby’s Senior Specialist in Continental Furniture, said, “Four years in the making, our “Of Royal and Noble sale” sales have become an unmissable event for art lovers looking equally for fantastic property with great provenance and whimsical objects with a great story to tell. This year, we are delighted to have been entrusted with a collection celebrating Britain’s hero, Nelson, which not only contains fragments of history, such as the Victory Jack, but also treasured items, from paintings and sculpture to porcelain and silver tracked down for their links to Britain’s rich nautical past. Highlights in the sale also include table services which belonged to prominent families, important furniture and a replica set of the British Crown jewels.”