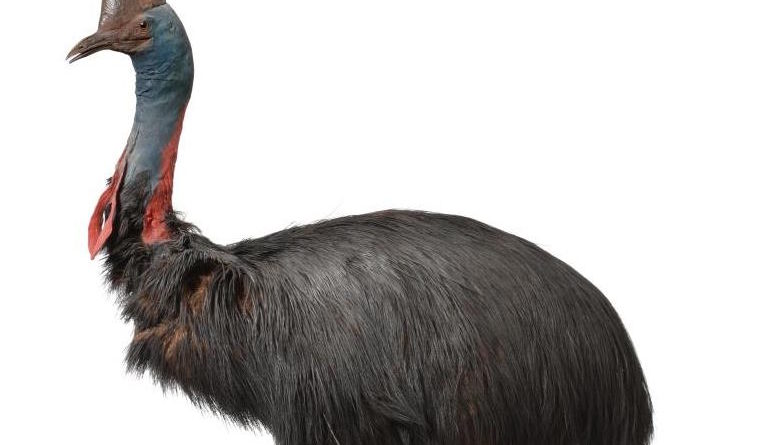 Its kick can kill a man, but the winning bidder of a late-Victorian taxidermy Southern cassowary shouldn’t have any such problems when it goes under the hammer in North Yorkshire next month.

Related to the ostrich and emu, the full mount example standing 130cm high is coming up for sale in Tennants Auctioneers’ Natural History & Taxidermy sale. 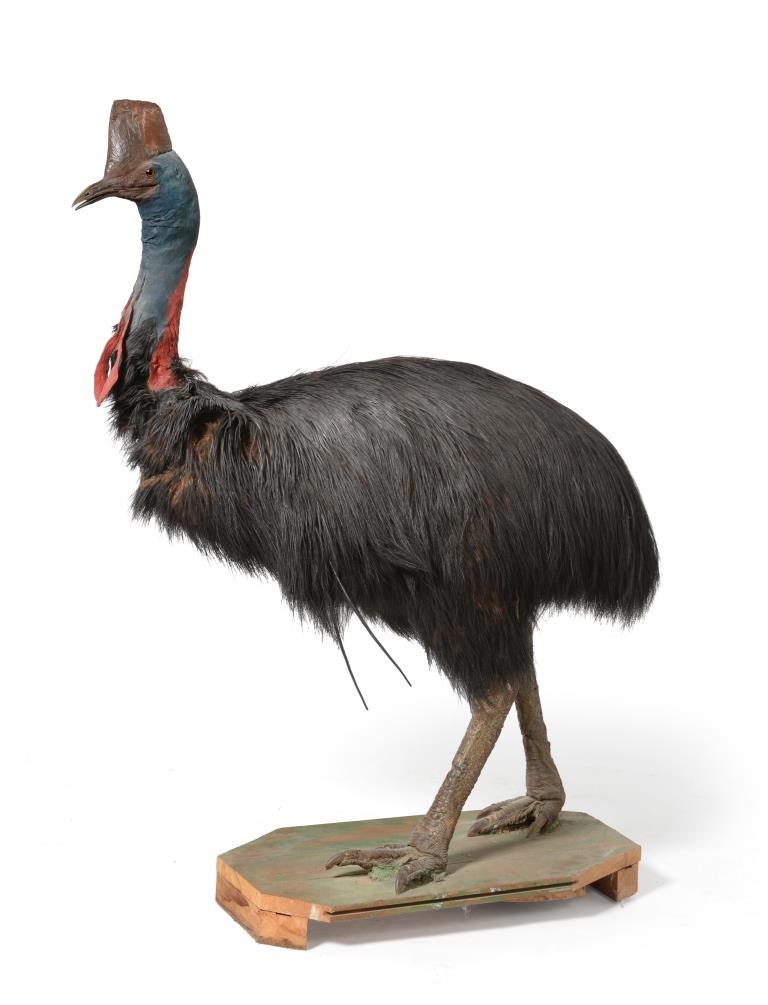 The Southern cassowary is a flightless bird found in Indonesia, New Guinea and Eastern Australia. Tennants’ bird is from c.1900 and has an estimate of £800 to £1,200.

The sale includes a range of both period and modern taxidermy, including such leading names as internationally renowned taxidermists Van Ingen & Van Ingen, alongside nine specimens from Victorian master Rowland Ward.

Established by Eugene Van Ingen in the 1890s in Mysore, South India, Van Ingen & Van Ingen were known throughout the world for their magnificent, naturalistic tiger, leopard, lion and big game trophy mounts, which are still greatly sought after by collectors today.

Famed for their high quality workmanship, naturalistic poses and trademark open-mouthed or snarling features, Van Ingen & Van Ingen worked for the Maharajas of India, aristocratic European hunters and nobility from around the globe.

The sale includes a c.1935 Leopard shoulder mount, which features the maker’s trademark open mouth and company stamp to the reverse of the shield. The leopard was shot by Lieutenant GBF Muir Esq. ICS Commissioner in the Fyzabad U.P. It has an estimate £800 to £1,200.

At the end of last year Tennants sold a taxidermy Bengal Tiger by Van Ingen & Van Ingen for £11,000.

In addition, there are specimens by other well regarded taxidermists such as Peter Spicer, E.F. Spicer, Henry Shaw and a tiger skin rug with head mount (c.1902-1915) by James Lippitt Clark.

Clark trained under the father of modern taxidermy Carl Akeley after joining the American Museum on Natural History, New York in 1902; together they prepared many specimens for Theodore Roosevelt.

Other specimens in the sale with provenance include a number of head and shoulder mounts that were once in the John Willet Deer and Trophy Head Collection – the result of 50 years of dedicated collecting, which was sold at Tennants in 2008.