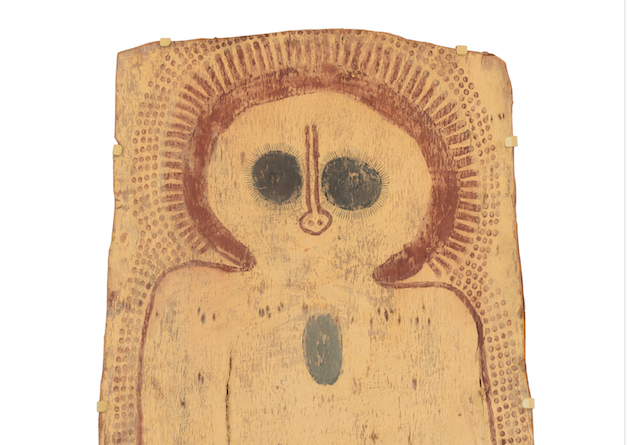 The previous sales saw strong results in 2015 and 2016, and next month’s auction will feature items from the 18th century through to works of indigenous masters, including Warlimpirringa Tjapaltjarri, Australia’s best-known Aboriginal artist, and Janangoo Butcher Cherel, who was proclaimed a Living Treasure by the state government of Western Australia in 2004.

These will stand alongside seven monumental canvases from Emily Kame Kngwarreye, who shattered the world record for a work by an Australian female artist just last year.

Sotheby’s is the only international auction house outside Australia to hold regular sales of Aboriginal Art. Since its inauguration in 2015, the series has established a swathe of new benchmarks, with new auction records for Aboriginal sculpture, artefacts, bark paintings, and work by a living Aboriginal artist.

Ahead of the sale on March 14, all 77 works will be exhibited at Sotheby’s New Bond Street galleries from March 10-13, providing a unique opportunity for visitors to see Indigenous art and artefacts first-hand.

Sotheby’s Senior Consultant Tim Klingender said, “This year’s auction offers an outstanding selection of works of high importance and calibre, bringing together rare artefacts and monumental canvases from three major international collections, including that of collectors and philanthropists Dennis and Debra Scholl.”

He continued, “With the energetic masterworks of Emily Kame Kngwarreye, to the ceremonial figures steeped in ancestral history, we expect this year’s sale to be the strongest so far and to capture the interest of collectors from across the globe.”