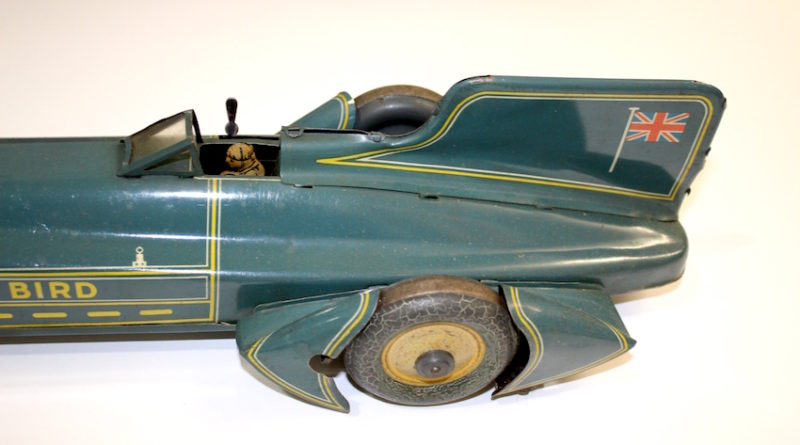 His breathtaking attempts to set world speed records on both land and water were celebrated examples of British derring-do in the 1920s and 30s, so a toy model of Sir Malcolm Campbell’s Land Speed Record Car ‘Bluebird’ looks set to create interest when it sells at Somerset auction house, Lawrences. 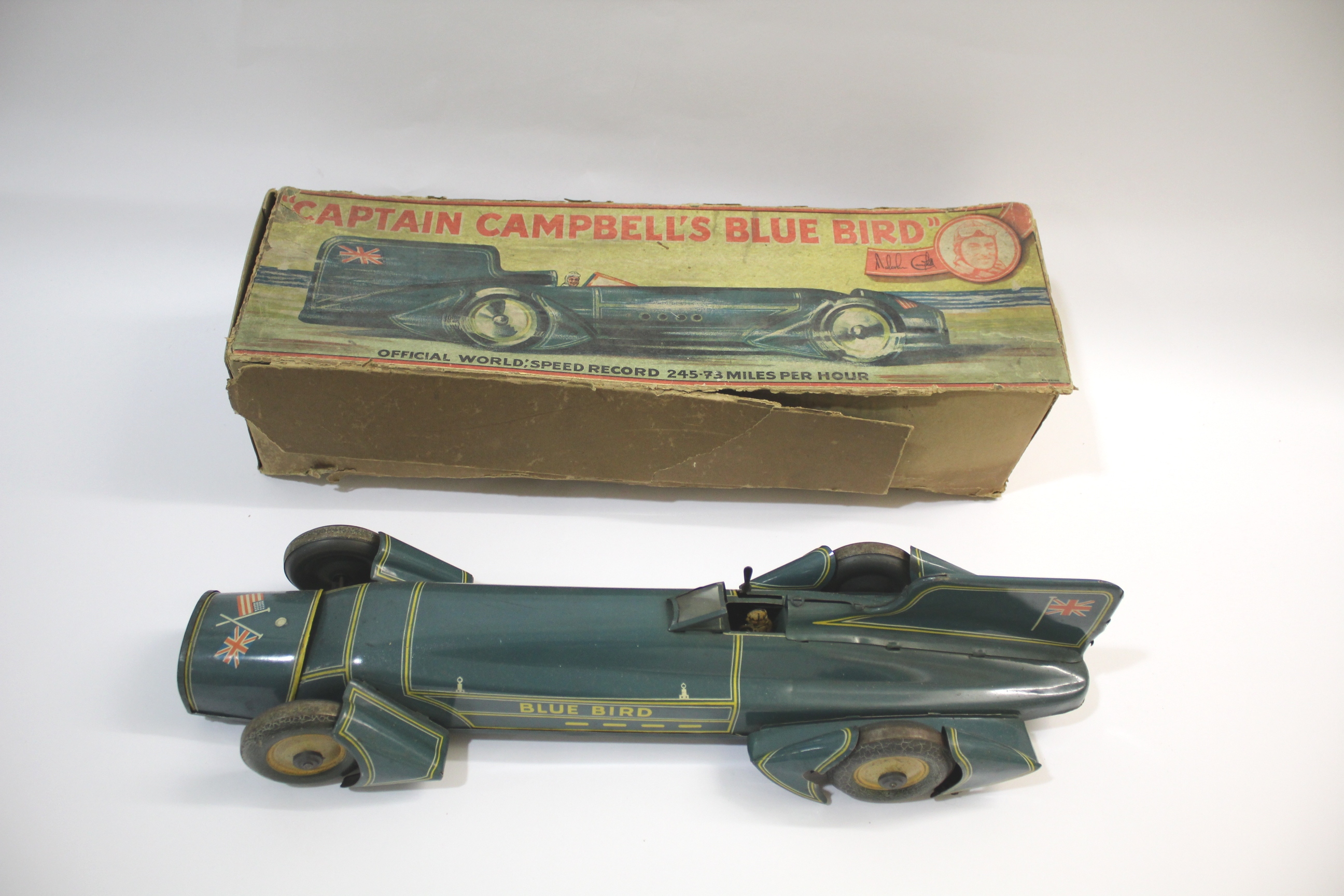 Made by the German makers Gunthermann, the tinplate clockwork model comes with it’s original box. The car was collected by a gentleman near Devizes in Somerset and was part of a train and toy collection he assembled over his lifetime.

Lawrences Auctioneer Simon Jones said, “These models of Bluebird are seen rarely in auction, and still to have its original box makes it very sought after by collectors.”

The rare toy car will be included in the auction house’s Collectors Sale on May 18 and is expected to make £500-700.

Sir Malcolm Campbell (1885-1948) broke the Land Speed Record in ‘Bluebird’, a record he broke several times on land and water in various ‘Bluebird’ vehicles. His son Donald also broke many speed records before dying in 1967, attempting the Water Speed Record on Coniston Water in The Lake District.