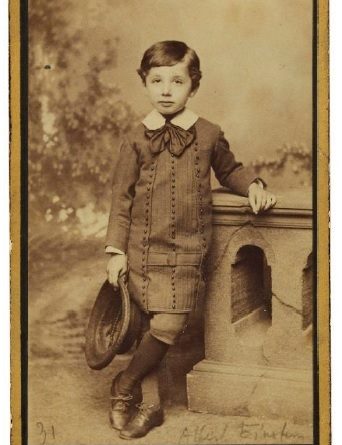 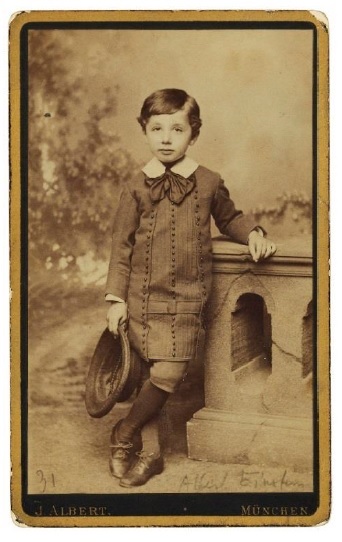 A collection of letters, postcards and photographs between Albert Einstein and members of his family is to go under the hammer at Christie’s in an online sale entitled Einstein and Family: Letters and Portraits.

The London auction house said that the collection “sheds new light on the extraordinary life and complex character of the 20th-century’s most famous scientist.”

The letters and other family ephemera are drawn from the archive of Einstein’s younger sister, Maja Winteler-Eistein (1881-1951) who was his confidante throughout adulthood, alongside her husband Paul Winteler.  Maja fled Europe in 1939 to join her brother in Princeton, USA. She lived out her last years with him after a stroke prevented her return.

Many of the items have never been published and include a group of documents from Einstein’s early years, including an unseen photograph of the future scientist as a five-year-old. The photo carries an estimate of £4,000 to £6,000.

Elsewhere, the only surviving letter from Einstein to his father has an estimate of £2,500 to £3,500. Further insights into Einstein’s life reveal the difficult relations with his first wife, his delight in the natural wonders of America and his hobbies of sailing, playing the violin and reading.

The sale will also include a letter written to Maja by Einstein and his second wife, Elsa, immediately after they learned of the Nazi confiscation of their property in Germany (estimate £1,200-1,800). Further documents within the sale showcase Einstein’s confidence in the value of science in an uncertain time of Nazi oppression, including a letter stating ‘The only unshakeable things are the stars and mathematics’ (estimate: £4,000-6,000).

The letters and photographs will be on view to the public at Christie’s London from April 18 to 20, before the online sale opens for bidding from May 2 to 9.