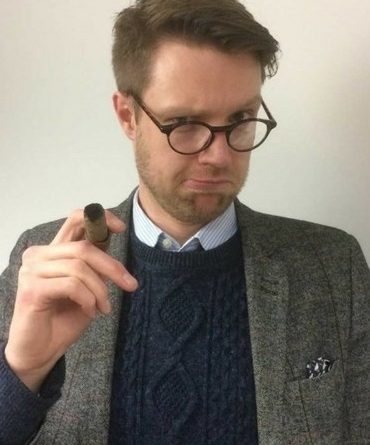 It’s a half-smoked Churchill cigar butt, which is nearly 70 years old and comes with an estimate of £700 due to its legendary connections.

Bidders at a Derbyshire auction house will get the chance to snap up an iconic cigar that once belonged to wartime Prime Minister Winston Churchill.

Renowned for his love of cigars, Churchill was invariably pictured with one in his hands. This example belongs to Derbyshire man Mike Wood whose father was given the cigar some 70 years earlier.

The 74-year-old architect said, “I have had the cigar, safely wrapped up, since my parents passed away. My father, Bill Wood, was given the cigar in either 1952 or 1953. At the time, Churchill was British prime minister and my father was a police officer in Kent.” His father was so proud of the item that he kept it carefully stored in a small plastic bag until he died in 1971.

It was passed down to Mr Wood after his mother died 12 years ago.

Jim Spencer, valuer at Hansons Auctioneers who are selling the cigar later this month, said, “This is an incredible piece of history, the chance to own a cigar smoked by one of the greatest political leaders of all time. It’s an iconic piece of Churchill memorabilia because he was so often pictured holding a cigar.”