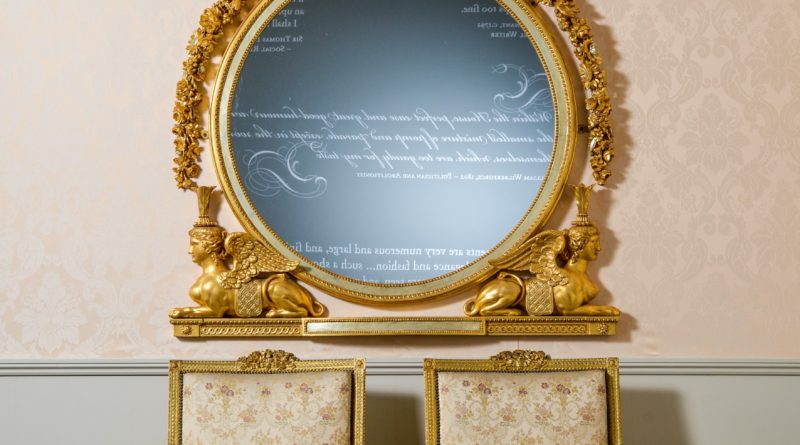 As part of the celebrations to mark the tercentenary since the birth of Thomas Chippendale, Harewood House in Leeds will see the return of two important artefacts to coincide with their exhibition, Thomas Chippendale – Designer, Maker, Decorator. 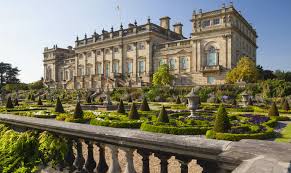 The exhibition will include the Lascelles family’s original copy of Chippendale’s celebrated The Gentleman and Cabinet-Maker’s Director from 1755 and a large circular Chippendale mirror, which will be shown with a corresponding decorative base. The mirror was recently rediscovered in Harewood’s stores.

In 1767, Chippendale received the largest and most lucrative commission of his career, worth more than £10,000 to decorate the newly built Harewood House. The influential designer was born near to the stately house, in Otley, seven miles away.

The Gentleman and Cabinet-Maker’s Director

The Lascelles family’s original copy of the Director has been permanently acquired by Harewood House Trust, made possible through the kind generosity of Simon Phillips and all at prestigious antique furniture dealers Ronald Phillips Ltd. 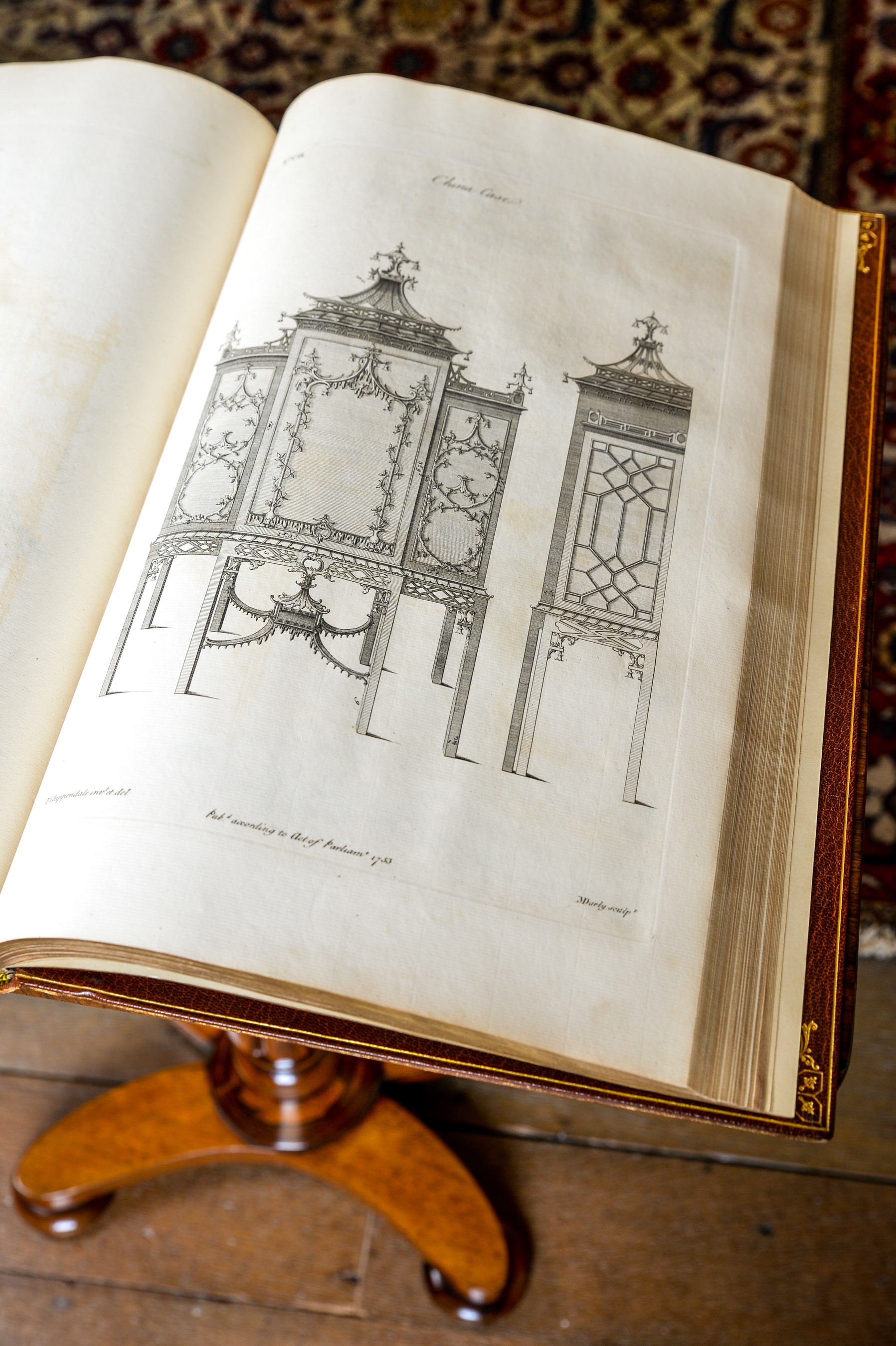 About The Gentleman and Cabinet-Maker’s Director

In 1754, Thomas Chippendale launched his famous catalogue of furniture designs, The Gentleman and Cabinet-Maker’s Director, to improve his professional reputation and to attract new business.

Chippendale could not have envisaged its wider success and the publication had a significant impact on 18th-century furniture styles within Britain and across the world.

The Lascelles family’s Director is a 2nd edition original copy (1755) which may have belonged to Chippendale’s great patron, Edwin Lascelles, which upon his death would have been passed to his cousin and heir, Edward, 1st Earl of Harewood.

Its survival indicates that Edwin Lascelles may have been aware of Chippendale and his furniture designs a decade before he was employed at Harewood in 1767, the refurbishment of which was the largest commission of Chippendale’s career.

Jane Marriott, Director of Harewood House Trust, said, “We are delighted that, in time for the exhibition opening, the ‘Director’ has been so generously donated to the Harewood House Trust Collection and will be on display to the public for the first time.”

Simon Phillips said, “I am delighted to have been able to purchase the Director and have it returned to Harewood House, from where it originated.”

Also on display will be a large circular Chippendale mirror, formerly from the White Drawing Room (now 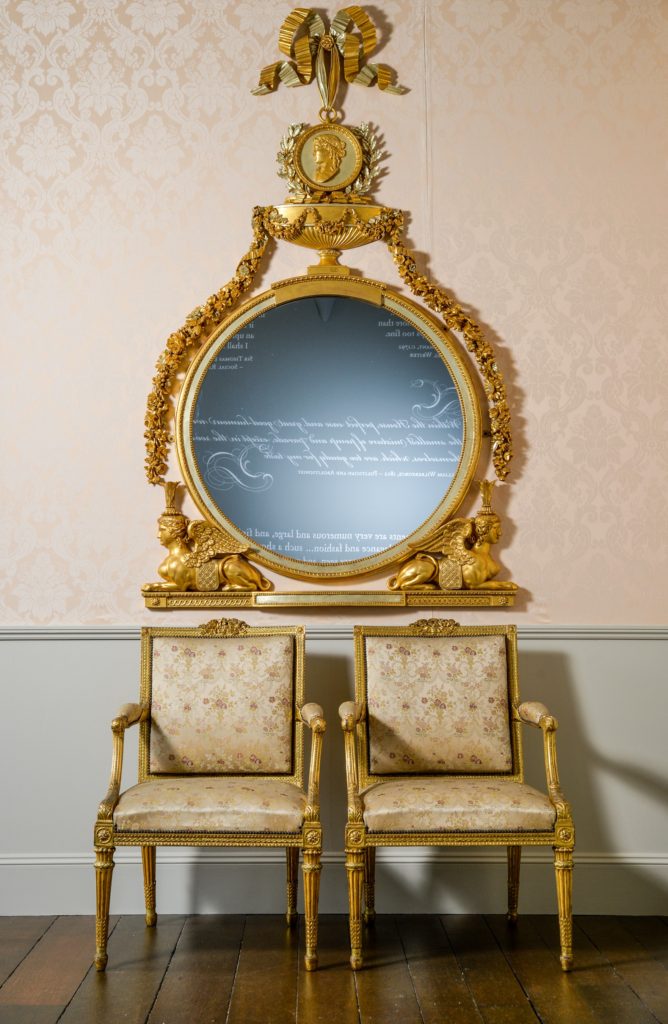 the Cinnamon Drawing Room), which will be on loan to Harewood House Trust courtesy of Ronald Phillips Ltd.

It will be shown with a corresponding decorative base, for the first time since the Victorian era.

In 2017, Ronald Phillips Ltd. approached Harewood House Trust to undertake research on a large circular Chippendale mirror in their possession, to clarify whether it had been formerly made for Harewood’s White Drawing Room.

Since the furniture and furnishings of the White Drawing Room are undocumented within the surviving bills and workbooks for the Chippendale commission, research turned to descriptions from historic visitors, physical evidence and scientific analysis.

Samuel Curwen, a visitor from 1787, wrote “The Great Drawing Room is as handsome as designs and gilding can make it; there are seven elegant glasses ornamented with festoons, particularly light and beautiful.”

A full-size high-resolution photograph of the mirror was tried in various locations around the Cinnamon Drawing Room, and it became apparent that the mirror was lacking a lower section.

A subsequent search in Harewood’s stores for the missing base began and a significant discovery was made, in the form of a beautifully decorative mirror base.

The base is comprised of a horizontal bar from which flower swags hang below, which matches the remains of a base still attached to the Ronald Phillips mirror, physically confirming that the mirror belongs to the same suite of mirrors that would have once been displayed in the White Drawing Room.

To confirm the match, scientific analysis of the gilding was undertaken on the base to ascertain whether it matched the specific ‘two-tone’ scheme of white and yellow gold, which was so characteristic of the White Drawing Room historically.

Both the large circular mirror, and the newly-discovered base, will be displayed in Harewood’s Watercolour Rooms, within a part-recreation of the White Drawing Room that will evoke a sense of the room’s original decorative scheme.

These two exhibits will be part of the overall Chippendale exhibition at Harewood House Thomas Chippendale – Designer, Maker, Decorator, which will explore Harewood’s own extraordinary Chippendale collection, which is widely considered to be one of the best in the world.

Taking the form of a trail through the House and grounds, the exhibition will showcase for the first time the breadth of Chippendale’s craftsmanship and activity at Harewood, celebrating his talent as a pre-eminent designer and maker of furniture as well as his wider role as a decorator.

The programme will also include a contemporary response to Chippendale by artist Geraldine Pilgrim.

Their Most Obedient Servant is a two-part installation which will celebrate and interrogate Harewood’s renowned Chippendale collection.

Geraldine Pilgrim was asked to consider the relationship between a finished piece of Chippendale furniture and its original material, wood.

“The materials from which they are made can be forgotten or not even realised, that the source of these masterpieces is actually, quite simply, a tree” – Geraldine Pilgrim

One part, titled Root and Branch, will be in Harewood’s Terrace Gallery and the other, Family Tree, will be situated in the centre of the Courtyard (the 18th century stables).

Root and Branch will lay bare the connection between the grandest finished piece of furniture and the natural energy and raw material of a tree.

In the courtyard, a beautiful tree will appear to unexpectedly burst up from the tiled floor, pushing energetically through the wire mattress base of a four-poster bed. Embedded within its branches and the mattress base, will be all the names of Thomas Chippendale’s known family.

“Their Most Obedient servant…“ is the term used by Thomas Chippendale at the end of his introduction to his ground-breaking furniture design catalogue, The Gentleman & Cabinet-Maker’s Director, which helped establish his business and international reputation.

Throughout the season there will be a series of workshops, events and design and craft activities, which will enable visitors to explore in a hands-on way the process, craft and materials used by Chippendale.

Harewood House is part of Chippendale300, a nationwide celebration taking place in 2018 to mark the tercentenary of the birth in June 1718 of the great British designer, craftsman and entrepreneur Thomas Chippendale.