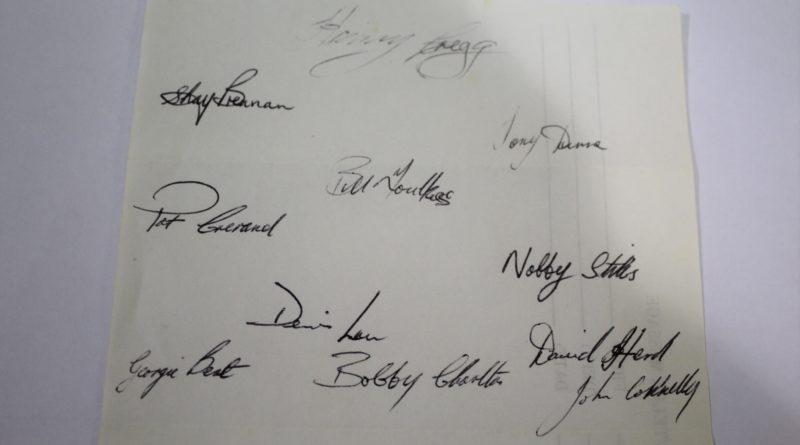 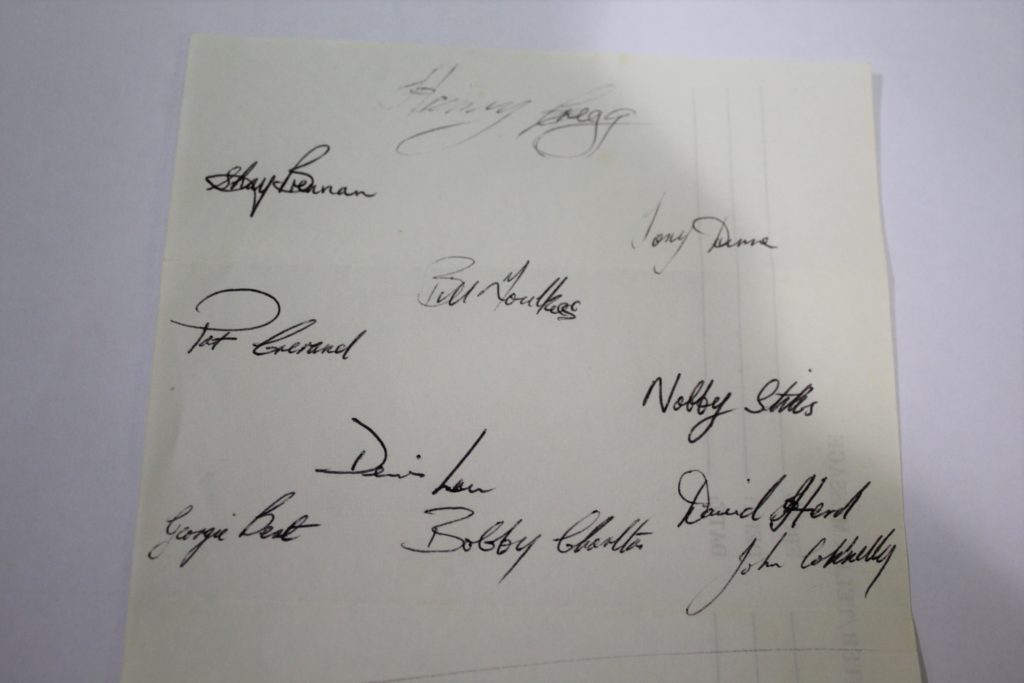 A set of Manchester United autographs of signed by the celebrated 1968 team, is to be sold by Lawrences Auctioneers of Crewkerne.

Entered by a client in Bridport, the signatures were acquired at the Russell Square Hotel in London while the players were staying prior to the 1968 European Cup Final at Wembley. Manchester Utd duly won the final 4-1 after Extra Time.

Lawrences Auctioneer Simon Jones said, ‘This is a wonderful piece of football history with many legendary players from that era. It has remained with the vendor from 1968 until now, and we are hoping it will find a good home with a fellow enthusiast’

The autographs will be included in Lawrences Collectors and Sporting Auction, on Friday 18th of May. They are expected to make £150-250 in auction.

One thought on “Collection of Manchester United autographs”