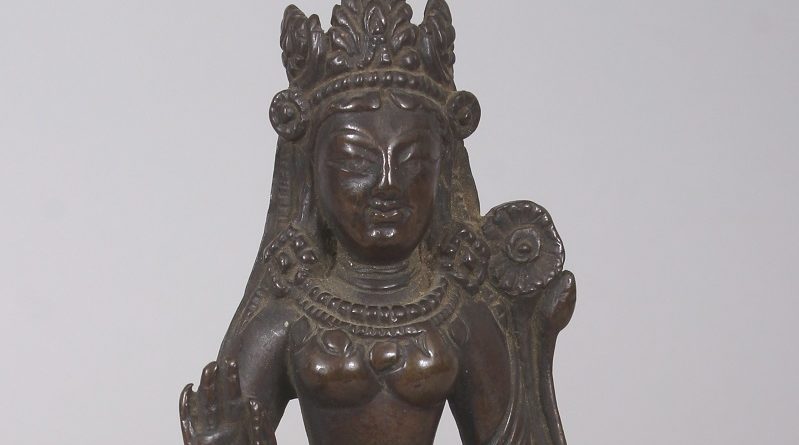 A small bronze antique Indian statue has sold to a US dealer for over 75 times its estimate at a Surrey auction house, selling for £155,000 against an estimate of just £200.

The 7¾-inch Indian figure of a deity, which had sat on the shelf of its owner’s home for the past 30 years, was thought to be from the 19th century, but now appears to be at least 1000 years older and extremely rare.

It was consigned in the same sale where another piece, which auction house John Nicholson’s did recognise as a rare 18-inch high bronze figure from the south Indian Chola dynasty and dating back to around the 12th century, took £220,000 against hopes of £30,000-50,000.

“The £155,000 was a bit of a surprise,” said the auctioneer, “especially as we had spent a great deal of time cataloguing the sale and had correctly identified the importance of all the other pieces.

“Fortunately we had also spent a great deal of time promoting the sale and had attracted bidders from all over the world, not just on the internet but also to the saleroom itself. We are just delighted that the consignor is going to get a great deal more for it than they had expected.”