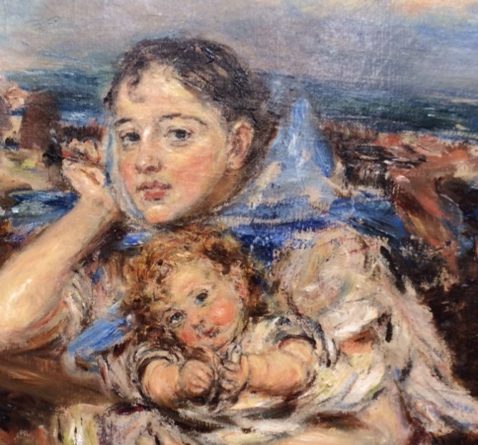 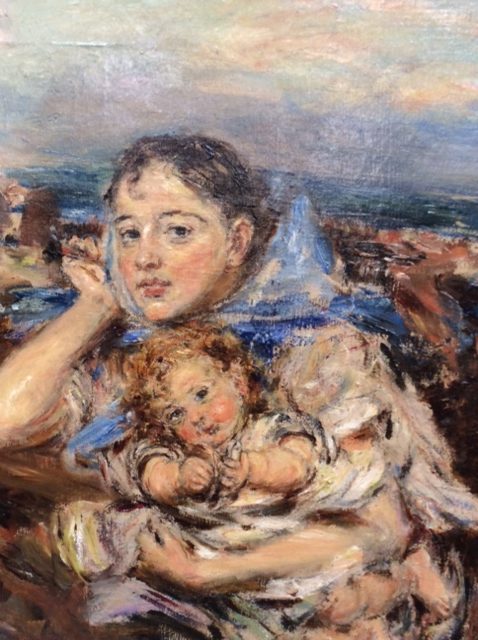 A collection of paintings created by a renowned artist known as ‘The Scottish Impressionist’ is set to be sold in Derbyshire.

Adrian Rathbone, associate director and head of Fine Arts at Hansons, said, “I am delighted to be appointed to offer these important works by one of Scotland’s leading artists, which have been consigned by descendants of the McTaggart family.”

He continued, “McTaggart is universally celebrated as one of the great painters of landscapes and is known as ‘the Scottish Impressionist’. There is a loyal and strong following for Scottish art and artists and McTaggart is certainly at the top of that shopping list.”

“His works can be found in world famous exhibition venues such as The Scottish National Galleries and The Tate. I envisage interest from private collectors, dealers and institutions, not just in Scotland but from the worldwide art market.

The son of a crofter, McTaggart was born in the village of Aros, near Campbeltown, in Kintyre, Scotland.

At the age of 16, he moved to Edinburgh and studied at the Trustees’ Academy under Robert Scott Lauder. He won several prizes as a student and exhibited his work in the Royal Scottish Academy, becoming a full member of the academy in 1870.

His early works were mainly figure paintings, often of children, but he later turned to land and marine art, specifically seascape painting inspired by his childhood love of the sea and the rugged, Atlantic-lashed west coast of his birth. 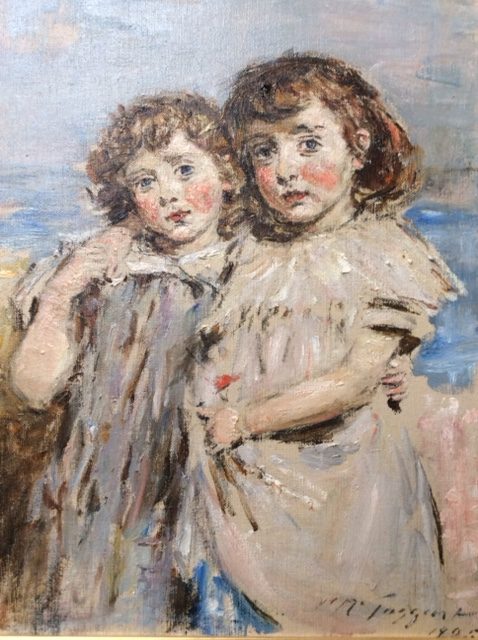 He was fascinated with nature, and man’s relationship with it, and strove to capture aspects such as the transient effects of light on water. He adopted the Impressionist practice of painting out of doors and his use of colour and bold brushwork resemble qualities found in paintings by Constable and Turner, artists he admired.

McTaggart used both oil and watercolour and, in addition to Kintyre seascapes, he painted landscapes and seascapes in Midlothian and East Lothian. He died at the age of 74 in 1910.

Mr Rathbone said: “He is regarded as one of the great interpreters of the Scottish landscape. The works coming up in Hansons’ Summer Fine Art Auction include a self-portrait of the artist as a young man, painted circa 1857, which conveys his talent in the study of human anatomy.

“Other works include a charming study of a mother holding a child titled ‘Caller OO‘, illustrated in J.L. Caw’s book of 1917, and another of two young sisters in arms. There is also a work with no figures titled ‘House in Wood‘ which captures the essence and natural beauty of the Scottish landscape of which McTaggart is celebrated.

“One of the most important works is ‘Golf Caddies at Carnoustie‘. Painted circa 1896-1899, the composition and handling of the brushstrokes clearly show his debt to impressionism. The golfing subject will clearly gain additional admiration too.

Aside from the oil paintings, there are also studies in watercolour and pastel, some being McTaggart’s sketch books and extracted pages from his sketch books.  There is also the artist’s own walking cane.

“This is an extremely rare opportunity for keen collectors of Scottish works of art.”

The sale takes place on June 30.