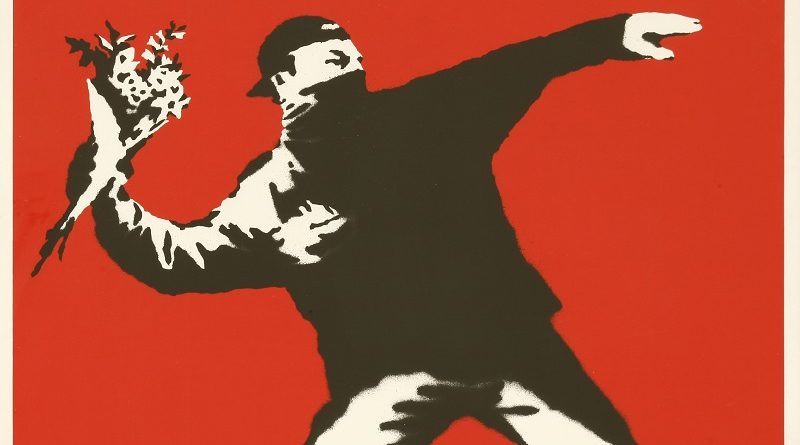 Works by British artists were in demand at Essex auctioneers Sworders‘ recent sale of modern and contemporary prints. 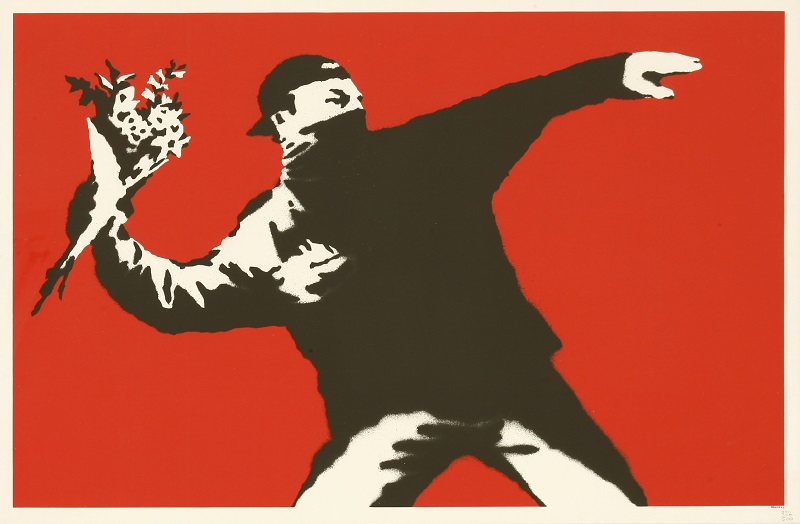 The top seller was Banksy’s Love is in the Air, a coloured screenprint from 2003, featuring an image of a protester with a face covered with a bandana, throwing a bouquet of flowers. Published by Pictures on Walls in an edition of 500 (this one numbered 332), it was accompanied by a certificate from authentication body Pest Control. A UK-based private buyer pushed the hammer to £11,800.

Consigned from a local private source was the Bridget Riley (b.1931) screenprint, To Midsummer (Schubert 34), printed by Graham Henderson, on wove paper in 1989.  A London gallery purchased the print for £3,800. 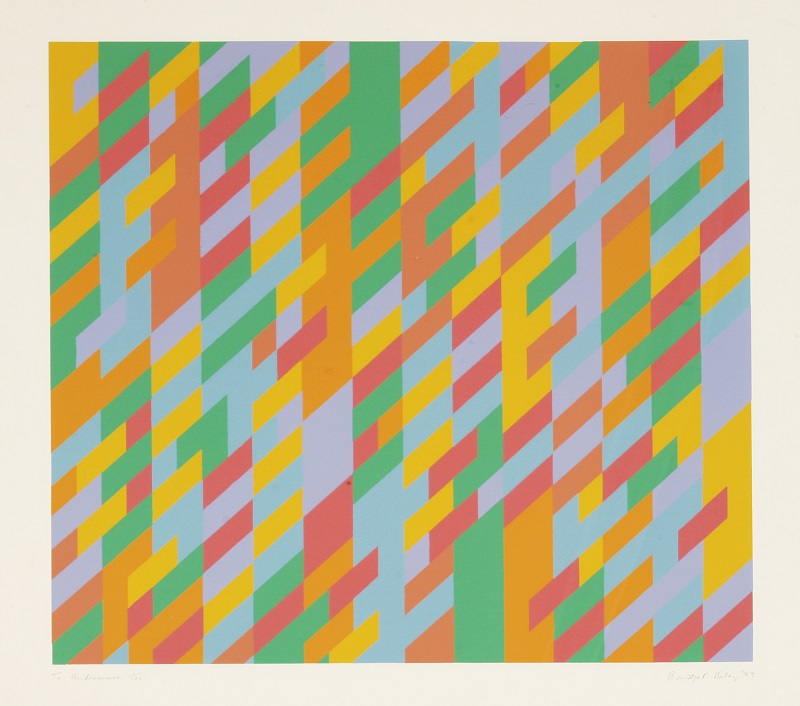 A Patrick Hughes’s composition, Jazz, from 2016 was bought by a private London buyer for £4,700. One of ten artist’s proofs, it depicts pictures in an art gallery – employing the optical illusion the Birmingham artist calls ‘reverspective’.

Within the Modern British section was a selection of John Piper (1903-92) topographical prints from the series published by Marlborough Fine Art in the 1970s.