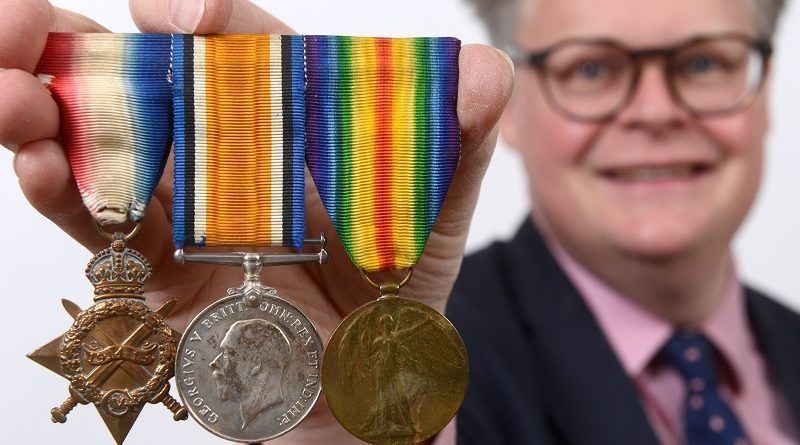 A trio of World War One medals that were awarded to the brother of the man who came up with the idea of the Tomb of the Unknown Warrior is set to go under the hammer in Dorset next month. 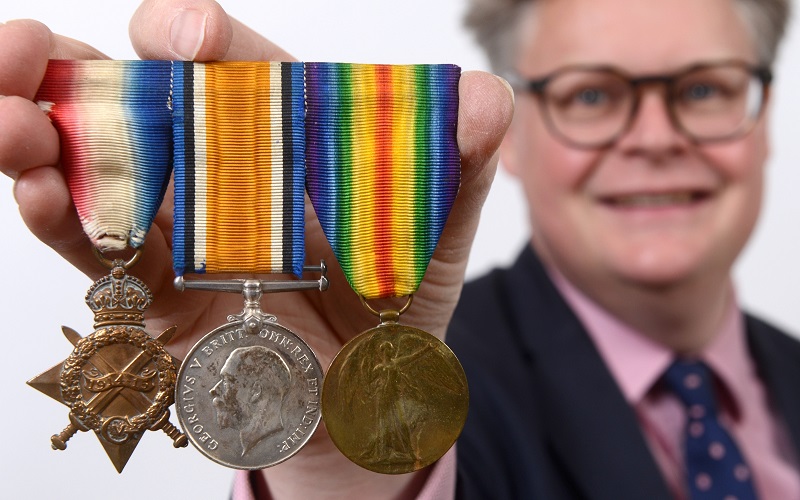 Sherborne auction house Charterhouse is selling the three medals of The Reverend Nathaniel George Railton who served in the Army Chaplains Department during The Great War. Auctioneer Richard Bromell commented, “What makes this group really interesting is not only are the medals awarded to a military chaplain, but he was also the brother of the Reverend David Railton who had the idea of The Tomb of the Unknown Warrior.”

He conceived the idea, also known as the Grave of the Unknown Warrior, when in France during 1916. He was serving as a Chaplain on the Western Front and had seen a grave marked with a rough cross which bore the pencil written legend “An Unknown British Soldier”.

After the war, in 1920, he wrote to the Duke of Westminster proposing that an unidentified British soldier from the battlefields in France be buried with due ceremony in Westminster Abbey “among the kings” to represent the many hundreds of thousands of Empire dead.

The idea was strongly supported by the Dean and David Lloyd George, the Prime Minister. Plans were made and the body of an unknown soldier from the battlefields of France was chosen at random.

On the morning of 11th November 1920, the casket was placed on a gun carriage from the Royal Horse Artillery. Drawn by a team of six horses the casket was taken to Westminster Abbey passing a vast and silent crowd.

The cortege was followed by The King, members of The Royal Family and ministers of state to Westminster Abbey. It was placed in the West Nave of the Abbey flanked by a guard of honour of over 100 recipients of the Victoria Cross.

It is the only grave in Westminster Abbey on which it is forbidden to walk.

The collectors’ sale takes place on June 21 and 22.