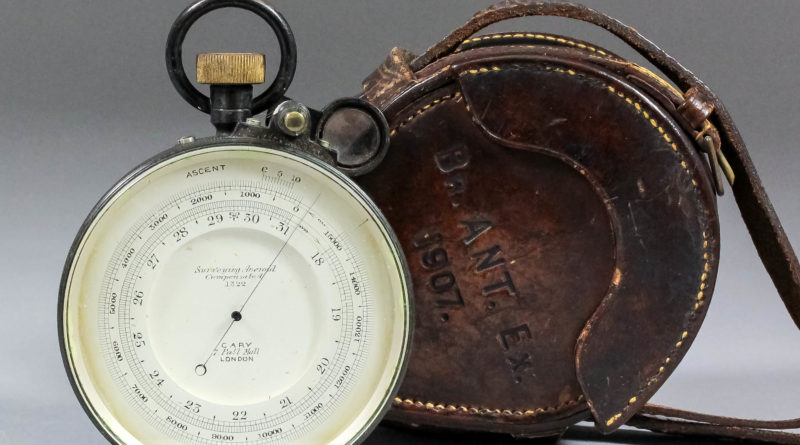 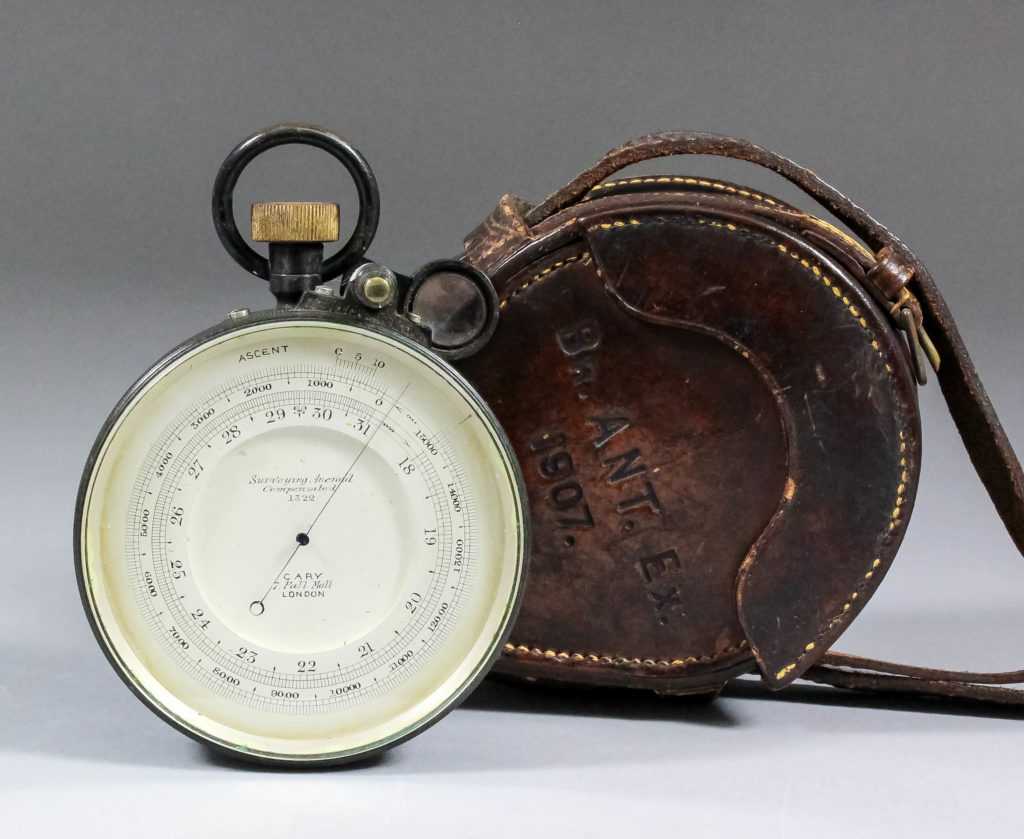 Items from Ernest Shackleton and Captain Scott’s expeditions to the Antarctic are set to be sold in a Kent auction room next month.

The sale on June 5 and 6 at Canterbury Auction Galleries includes a pocket barometer used on Shackleton’s Antarctic expedition of 1907-09 and a dinner plate from the officers’ and scientists’ wardroom of Scott’s Discovery research ship from his 1901 expedition.

The barometer was carried by Cardiff-born T.W. Edgeworth David, professor of geology at Sydney University, whom Shackleton invited to join the first of his three expeditions to the Antarctic as chief scientific officer.

Their aim was to be the first in the race to the South Pole. They fell short by 112 miles but achieved by far the longest southern polar journey to that date and a record convergence on either Pole.

The barometer was supplied by order to Shackleton’s expedition by the company founded by William Cary (1759-1825), a noted London maker of scientific instruments, who specialised among other things in navigation and surveying equipment.

The 2.75ins diameter silvered dial is inscribed “Surveying Aneroid Compensated 1322” and has altitude and pressure scales and a blue steel pointer. It is contained in a brass case with scale magnifier and protected from the elements by its original fitted brown leather case, which is stamped “BR. ANT. EX. 1907”. 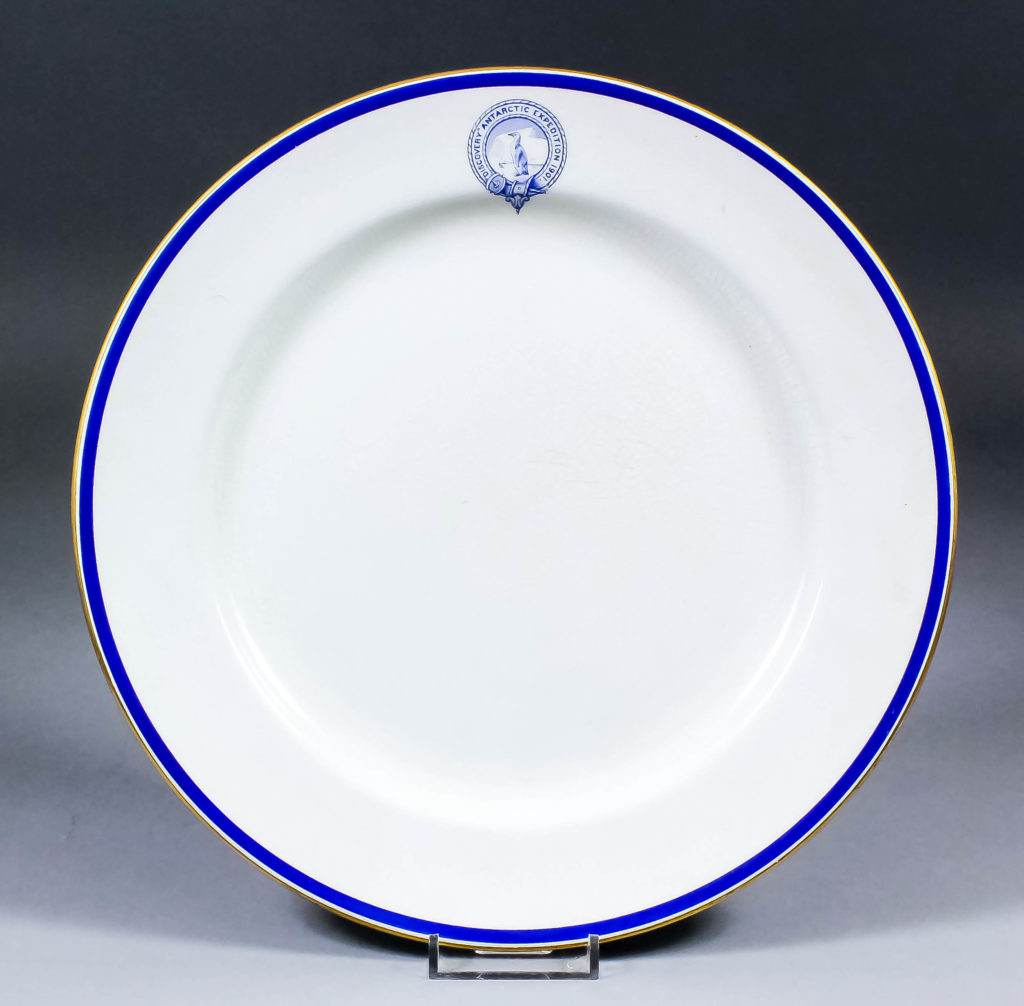 The dinner plate from Captain Scott’s RRS Discovery is somewhat more utilitarian but no less significant. The Dundee-built ship was one of the last wooden three-masted barque-rigged sailing ships to be built in Britain.

According to the Dundee Heritage Trust, a charity dedicated to preserving the city’s heritage, dinner in the ship’s wardroom was the biggest and most formal meal of the day, following strict naval etiquette and sometimes running to several courses.

Ofﬁcers and scientists used specially engraved silver cutlery and ate off a dinner service commissioned from Royal Doulton, each gilt-edged piece printed in blue with the symbol of an Emperor penguin on an ice flow surrounded by a rope-edged banner and the words “Discovery’ Antarctic Expedition 1901”. The plate is estimated at £800-1,200.

The choice of a penguin was highly appropriate. Not only was the expedition the first to sight a nesting site and obtain eggs, the bird also provided much needed fresh meat when rations on the ice consisted of tinned food and biscuits.

Robert Falcon Scott’s British National Expedition set sail only a week after Discovery was completed, sighting the Antarctic coastline on January 8, 1902. She anchored in McMurdo Sound and remained there, locked in the ice, for the next two years. She eventually broke free with the use of explosives and returned home, arriving on September 10, 1904 after 1,131 days away.

Scott was acclaimed as a national hero. Hundreds of new marine animals and creatures had been discovered and miles of coastline surveyed and mapped.

He, Shackleton and assistant surgeon, zoologist and artist Edward Wilson and five sledges pulled by 19 dogs travelled to around 530 miles short of the South Pole – further south than anyone before them – but almost perished on the return journey. In the second year, Scott travelled westward and was the first to sight the vast Polar Plateau, subsequently crossed by Shackleton in 1909 in his Nimrod Expedition.