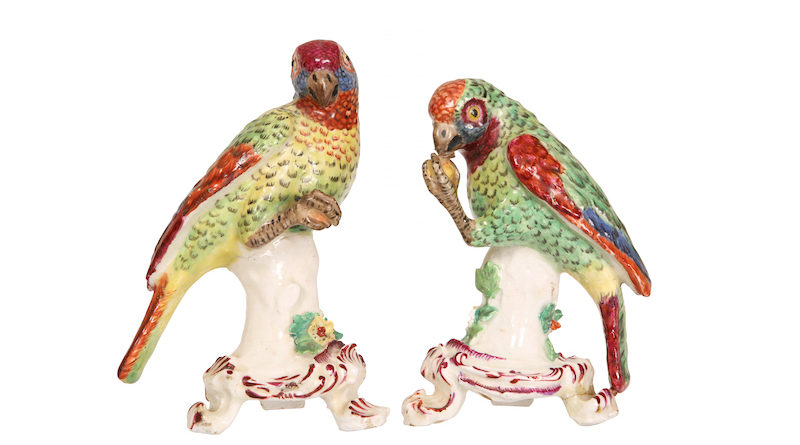 A pair of porcelain parrots flew way above their modest £100-£150 estimate when they sold for a staggering £16,000 at an auction house in Darlington, County Durham.

Thomas Watson’s recent Fine Art Sale saw interest in the parrots fly once it was thought that they may have originated form the celebrated 18th-century Bow porcelain factory in Stratford-le-Bow in Essex. The factory was a pioneer in early soft-paste porcelain in the UK during its most active period from 1747 to 1746, before it eventually closed in 1776. 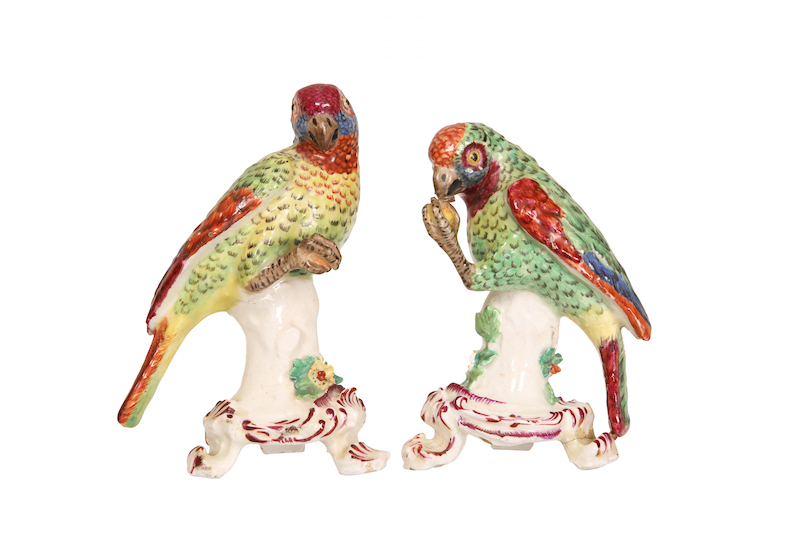 Examples of work from the factory are now keenly sought after.

The birds that showed up in Thomas Watson’s recent sale were made from English soft-paste porcelain and beautifully decorated with enamels and modelled with a fruit in one claw. Perched on a base covered with flowers and puce highlighted rococo scrolls and shells, the tallest figure was 17cm high.

David Elstob, Auctioneer and Director at Thomas Watson, said: “The atmosphere in the saleroom was electric as the bids just kept going higher and higher. At the end, we had two dealers bidding against each other on the phone and Internet, with the winning bid being placed online.”

He continued, “Without adequate proof, we were unable to attach any provenance to the birds but due to the global reach of the Internet our lots get scrutinised by a world-wide audience and, as is often the case at auctions, bidders draw their own conclusions. It is the unpredictability of sales like this that make the process so exciting and it made a wonderful surprise for the seller, who was both astounded and delighted with the final result!”

The Bow factory was particularly renowned for its high output of porcelain figures, some of considerable originality – for example those representing statesmen, generals and actors, as well as bird and animal models, all produced in the old Rococo style.

The parrots were among several lots that achieved headline prices at Thomas Watson’s May Fine Art Sale. A 19th century Japanese wood netsuke of two rabbits in a boat sold for £4,000, smashing its guide price of £300-£500; and a Queen Anne Britannia standard silver tankard, made by Timothy Ley of London in 1710 was knocked down for £4,200, exceeding its £2,000-£3,000 estimate.