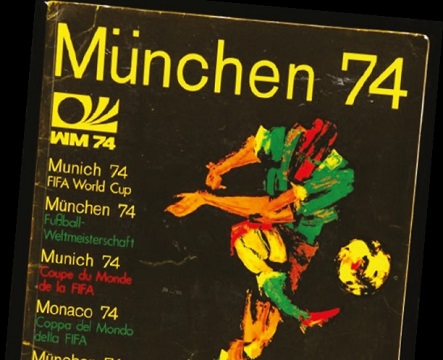 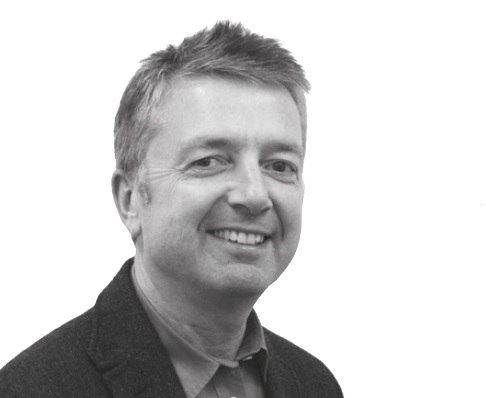 With the action hotting up in Russia, the eyes of the world are focused on the sport of football, simultaneously sparking renewed interest in collecting World Cup memorabilia in all its varieties.

For some, collecting world cup memorabilia is all about nostalgia, as the handling of a faded Panini sticker can instantly take them back to the furious swapping sessions of childhood school playgrounds. Others will recall a regrettable hairstyle they were sporting when a winning (or losing) goal went in.

Expert Paul Fraser says that, regardless of budget there are options open to you. So, where to start? How about asking yourself which tournament makes you the most teary-eyed? 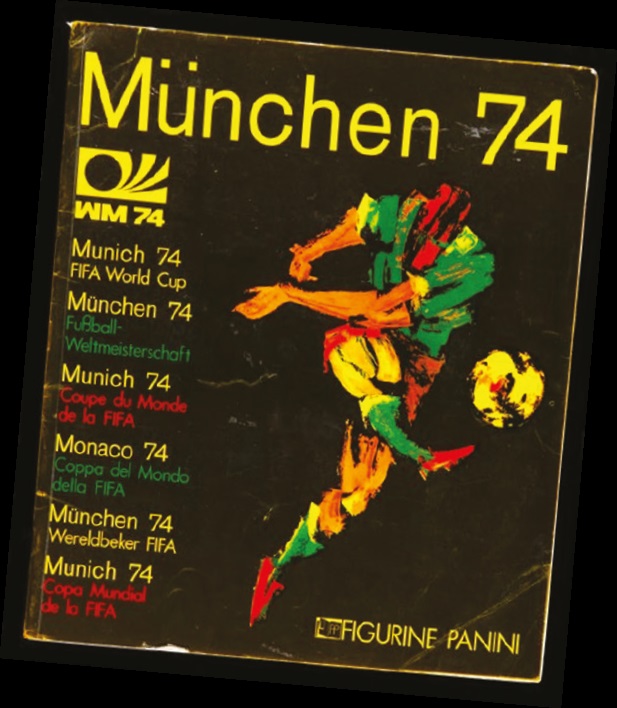 When it comes to collecting World Cup memorabilia, with sticker albums, there’s only one name in town: Panini. A maths professor from Cardiff University recently estimated it will cost you £774 to complete your Panini album for the 2018 World Cup, although if you can find nine friends to swap with you can lower the price to £247.

But what of vintage World Cup albums? An almost complete example of the first Panini World Cup album, Mexico 1970, sold for £1,550 on eBay in April. That’s despite the fact it was missing six of the 271 possible stickers and had the words “Leeds are the greatest!” written next to Jack Charlton! Had it been complete and in perfect condition, you’re looking at £5,000.

The 1970 and 1974 versions are far rarer than later iterations, as they weren’t released in the UK due to European trade restrictions. The 1974 example for the World Cup in West Germany is subsequently the second most valuable album. It sells for around £500 fully completed.

Looking for a World Cup album on the cheap? Completed versions from Brazil 2014 can be yours for just £50 – far less than it would have cost to buy all the stickers. Although you can’t put a price on the thrill of the chase.

No nation is in the thrall to collecting World cup memorabilia or other items of footballing heritage like the English. And when it comes to England World Cup memorabilia, the country’s lone triumph soars above the other tournaments in terms of prestige and value.

At the most eyewatering end are the most prestigious pieces connected with the ‘66 team. Eight of the 11 who featured in the final have sold their winner’s medals – a testament to how little yesterday’s stars earned compared to their modern-day counterparts. 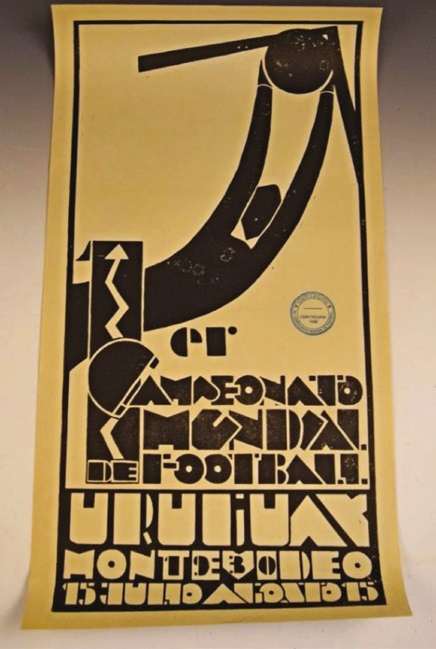 Combative midfielder Nobby Stiles’ medal auctioned for £188,200 in 2010 and is the most valuable sold so far. Alan Ball’s shirt from the final made £51,755 the same year.

Signatures of football stars are a more affordable option. Here at Paul Fraser Collectibles I’m offering a menu signed by all 22 members of the England 1966 squad just three weeks before the tournament that would change their lives began. Price £3,950.

You can buy tickets from the final for around £300, with programmes going for £200. Those comparatively low prices are evidence of the artefacts’ ubiquity. More than 96,000 tickets were printed for the final, and likely even more programmes. And who would throw away a World Cup final ticket?

While some just see a sweaty shirt, collectors of World Cup memorabilia see a garment imbued with star dust, featuring the perspiration and the grass stains that recall 90 of the most important minutes in that player’s life.

It’s why football shirts worn by the great, in the greatest matches of all time, can achieve such vast sums. Look at Pele’s from Brazil’s 4-1 victory over Italy in the 1970 final. It sold for £157,750 in 2002. That’s a record for a football shirt.

Or how about Maradona’s from the 1986 ‘Hand of God’ quarter final with England? It’s valued at £200,000 by its owner, the former England midfielder Steve Hodge, who swapped shirts with the Argentinian after the match. The shirt is on long-term loan to the National Football Museum in Manchester.

Yet for the non-millionaire collector of World Cup memorabilia, all is not lost. Match-worn shirts from recent World Cups can sell for as little as £200 for non-fashionable international teams, and even less for qualification matches. Try classicfootballshirts.co.uk as a good place to start. 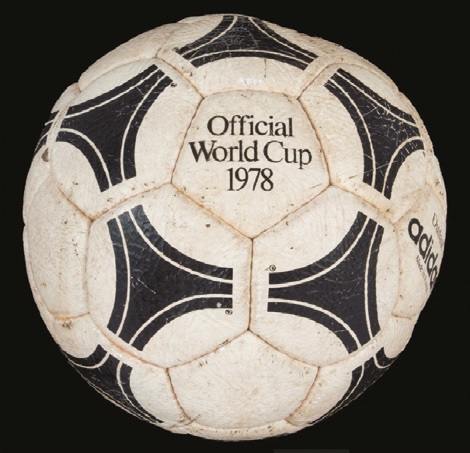 Indeed, the balls used in the most important matches in the competition’s history can sell for vast sums.

Argentina would have to wait until 1978 to win the tournament. And the ball from their 3-1 final win over The Netherlands sold for £22,000 earlier this year at Julien’s Auctions.

Yet don’t despair if these prices are out of your budget. Those from less high-profile matches can sell for just a few hundred pounds and they do appear for auction occasionally. For example, a ball used in the 2014 Brazil v Mexico group game (a 0-0 draw) sold for just £500 at Julien’s Auctions this year. One word of note. Tournaments in the new millennium have used the ‘multi-ball system’, meaning there are several balls used for each match.

As such, these are easier to get hold of than balls from older tournaments. Subsequently, they’re less valuable too. Twenty were used for each match of the 2014 World Cup. 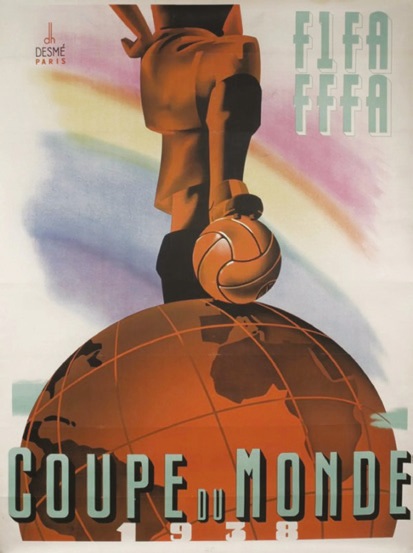 If you’re looking at collecting world cup memorabilia that also has visual appeal, choose an original poster. They can give such a  sense of the times, as well as the tournament.

Many of the earliest examples were printed in low numbers and are highly collectable today. The official poster for the 1938 World Cup in France is particularly rare. One of these art deco beauties sold for £6,000 in 2006. In contrast, those from the inaugural World Cup in Uruguay are more common, and will set you back a mere £1,000 or so.

Looking for a low cost example of football memorabilia to collect that also has some real investment potential? I’d opt for the Alberto Burri-designed Italia ‘90 poster. Remember the English are the world’s most ardent football memorabilia collectors. And England’s semi-final run, coupled with Pavarotti and Nessun Dorma from the BBC’s coverage, means the tournament has a nostalgic pull for many in England. You can pick one up for around £300. One word of caution: numerous replicas abound for all the tournament posters, so buy from a dealer you trust.