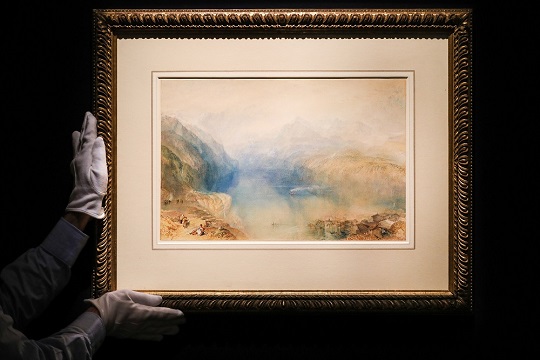 A Swiss landscape by JMW Turner has sold at Sotheby’s for £2 million, one of the highest prices ever achieved for watercolour by the artist.

Created in the final years of the artist’s life and widely considered to be the pinnacle of his achievements in the medium, The Lake of Lucerne from Brunnen depicts one of the  most dramatic landscapes in the Swiss Alps, capturing the view over the picturesque village of Brunnen on the eastern shores of Lake Lucerne. 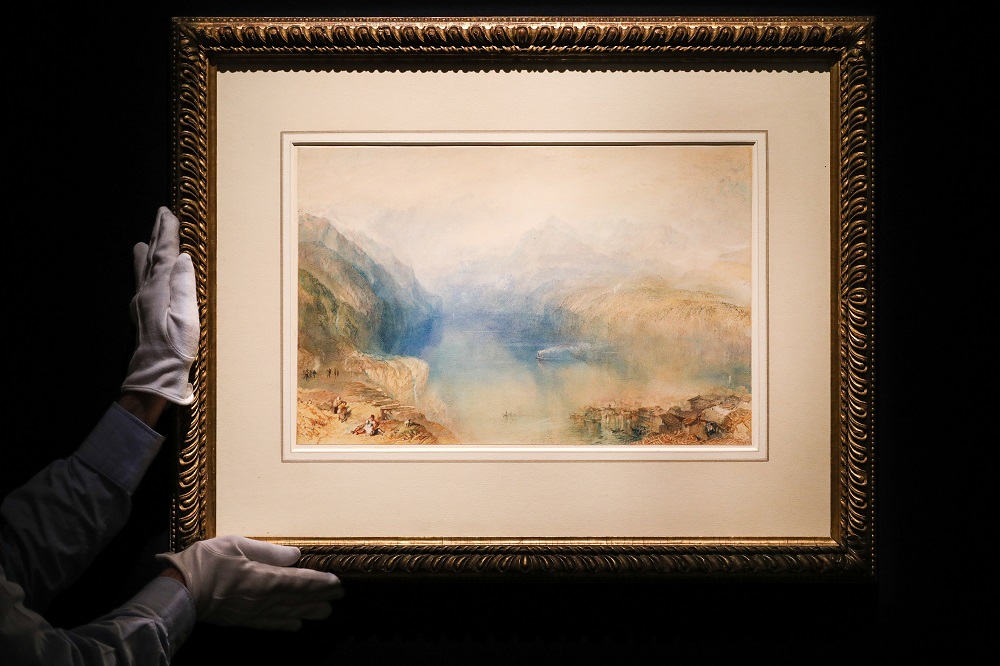 Inspired by Turner’s travels to the region between 1841 and 1844, the work was commissioned by Turner’s great patron Elhanan Bicknell to hang as a companion piece to the iconic Blue Rigi, which achieved a record price at Sotheby’s in 2006 and now hangs in Tate Britain .

Works from Turner’s ‘late’ Swiss series, of which this is one, have come to be seen as the ‘climax of a lifetime devoted to the expression of light and colour’.

Mark Griffith-Jones, Specialist, British Watercolours, Drawings and Portrait Miniatures at Sotheby’s said, “It has been such a privilege to get to know this superb work – whose beauty and history are so captivating. Major watercolours from Turner’s late Swiss period are justifiably held in the highest regard and this was the most important work to have appeared on the market in more than a decade. We were thrilled to see it generate such excitement among private collectors and institutions alike.”

The Lake Of Lucerne From Brunnen sold alongside seven other works by Turner, bringing the combined total of works by the British artist sold in the sale to £3,045,750.

Among the other Turner watercolours that fetched strong prices was a view of St. Mawes, Cornwall, and one the artist’s most important watercolours of the Isle of Wight. A further work by Turner – one of only two oil paintings of London remaining in private hands – will be offered at Sotheby’s later this evening.

A further highlight of the sale was the preparatory study by Pierre Prévost for a lost panorama of London which sold for £250,000. Measuring over 6-metres in length, this extraordinary vista of London which offers a unique view of the city in the early-19th century, was unknown until very recently. Highly finished with incredible detail and topographical accuracy, the drawing depicts an easily recognisable vista of London as seen from the tower of St. Margaret’s Church, Westminster.