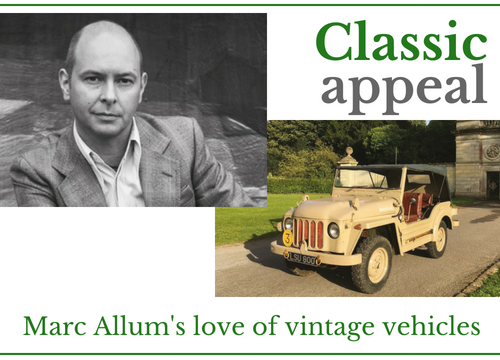 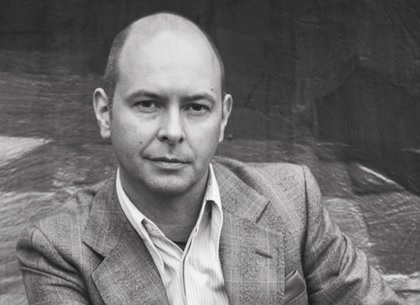 Antiques Roadshow’s Marc Allum is never happier than when he’s under the bonnet of a classic car. And with the warm weather showing no signs of abating, who wouldn’t want to be riding through country lanes with the top down behind the wheel of a vintage vehicle?

It’s not everyone’s idea of fun but, given the odd bit of spare time that I have, I’m never happier than crawling around under an old car, or burying my head under a bonnet. My current, slightly eccentric, vehicle is a 1953 Austin Champ, an over-engineered typically British piece of round-nosed military muscle.

Like most service vehicles, the three-litre Rolls-Royce engine guzzles fuel at an undeniably excessive rate, while producing very little horsepower. As with all vintage automobiles, it has a smell all of its own, which in this case is rather akin to a North Sea oil rig. A fair amount of this ends up leaking on to the drive.

So what is it that makes cars, motorcycles and automobilia such a vibrant and buoyant sector of the market, when really, owning old vehicles is such a financially draining and often very grubby hobby?

Well, now that the weather has improved, the answer is pretty apparent. It’s always a joy to indulge in a stint of Bank Holiday car-spotting. It is a pastime which, with some pride, I rate myself as good at, especially when it comes to identifying rapidly-approaching unusual vehicles.

It is such a compelling branch of our business because it affords a myriad of opportunities. Whether sitting in a field with like-minded owners discussing Austin Seven crankshafts, or simply collecting vintage petrol pump globes, it’s an area of the market that extends to countless exciting subgenres. 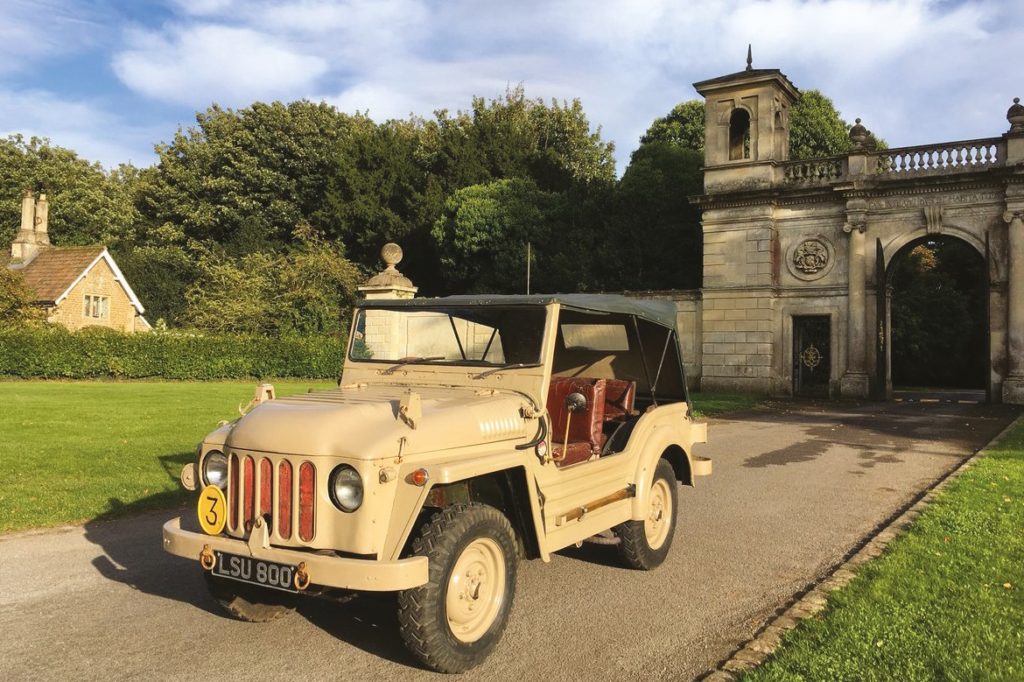 As a general valuer you might think I would have very little to do with cars. “Leave that to the professionals”, I hear you say. Yet, it’s not at all uncommon for me to encounter interesting, forlorn and forgotten vehicles languishing in garages and barns; valuable number plates on rather mediocre runabouts and rare mascots in living room cabinets.

Of course, the attraction of this hydrocarbon-fuelled world can mean big ticket prices. So it’s usual to talk in the hundreds of thousands, even millions, for real rarities. But, despite the well-documented vagaries of the car market, over the decades it has remained attractive to both investors and collectors alike.

As a result, as agents, we are always chasing the next big thing and, if it’s a market that you have no experience in, it’s also one in which you can quickly find yourself way out of your depth.

The fact is it’s extremely complicated and operates on many different levels. Yet it’s also an area in which – as a collector – you can afford to dabble, because you don’t have to buy a mechanical money pit to indulge your love of the motoring world.

You could – for instance – collect ephemera or enamelled signs, picnic sets, tools, oil cans, advertising material, model vehicles or even pedal cars. Within these many sub-divisions there are further categories, ranging from expensive Lalique Mascots to rare BP ‘winner’ tinplate signs, meaning there genuinely is something for everyone.

Getting down and dirty

Over the last few years I have handled the whole gamut, from valuable collections to individual items, and this often means rolling up your sleeves.

From chasing rats out of boots, to firing up old Cadillacs, or negotiating the security system of a Bentley, it’s at the labour-intensive end of the collecting spectrum. You have to be geared up – if you’ll excuse the pun – to run a classic car auction and it’s extremely hard work.

Not every discovery will be a Lagonda but, sometimes, those magic words – ‘barn find’ or ‘single owner’ – can be like adding saltpetre to sulphur and charcoal – explosive!

A vehicle auction view is always magic, a mixture of madness and curiosity as the tyre kickers and dreamers rub shoulders with the hopefuls and professionals. I love it. I just have to be careful not to over indulge my passion.