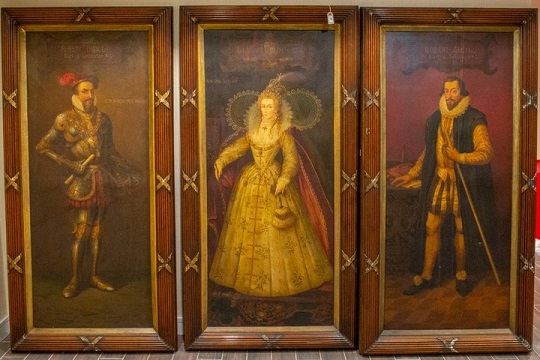 An Aladdin’s cave of antiques and artworks seized by police after being discovered in a Derbyshire property disguised as a farm shed by a convicted fraudster is to be sold in a Staffordshire saleroom.

When police raided Shedley Manor in Ashbourne, Derbyshire, the home of 61-year-old Alan Yeomans, now jailed for six and half years for money laundering and drug offences, they found it rammed with valuable antiques and artworks, expensive shoes and watches. 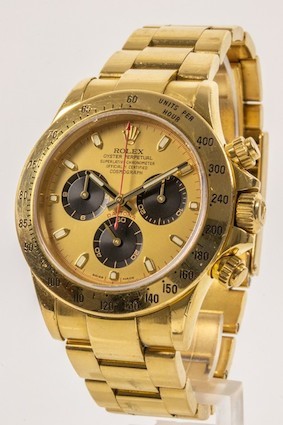 Yeomans concealed his six-bedroom home by using green cladding and a corrugated steel roof so the property’s role as a luxurious home could not be seen from the road. He had told officials he was bankrupt and living in a shed in his mother’s garden with just £300 worth of furniture and a £30 watch to his name.

A police spokesman said that when they raided the property they were amazed to find it was filled with antiques, oil paintings and valuable jewellery, a veritable Aladdin’s Cave.

Trevor Palethorpe, National Head of Corporate Valuations at John Pye Auctions said: “This is a most unusual sale of a very wide variety of luxury items that could provide a bargain for art and fashion lovers. During his bankruptcy interview Mr Yeomans declared that he only owned one wristwatch which he valued at £30, the 18k Gold Rolex Daytona in question we would estimate to make at around 350 times that figure and it would have retailed for around £25,000 ”

Other items in the sale include:

Behind an oil painting was a secret door that opened to reveal a secret room planned and built by Alan Yeomans, which had been used to grow cannabis. Faced with the evidence gathered by police during the operation, Alan Yeomans had no choice but to plead guilty to a wide variety of offences.