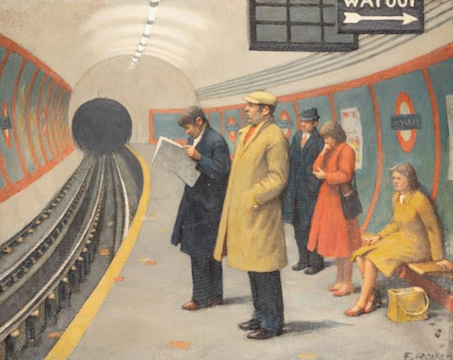 A wide range of pictures and prints from the 16th century to the present day is to go under the hammer in a London biannual auction on October 17.

Auctioneers 25 Blyth Road‘s auction of 150 lots will feature works for all budgets, encompassing well-known contemporary artists such as Banksy, to Old Masters such as the Spanish painter Juan Sarineña (1545 – 1619), with estimates ranging from £80 to £9000.

Included in the Old Masters section of the sale is a selection of 16th-to 18th-century figurative pictures, such as Christ in the Christ in the Garden of Gethsemane, Bacchus feasting and saints set in garlands of flowers as well as portraits including a 17th century portrait of a Nobleman and his dog (Dutch School). 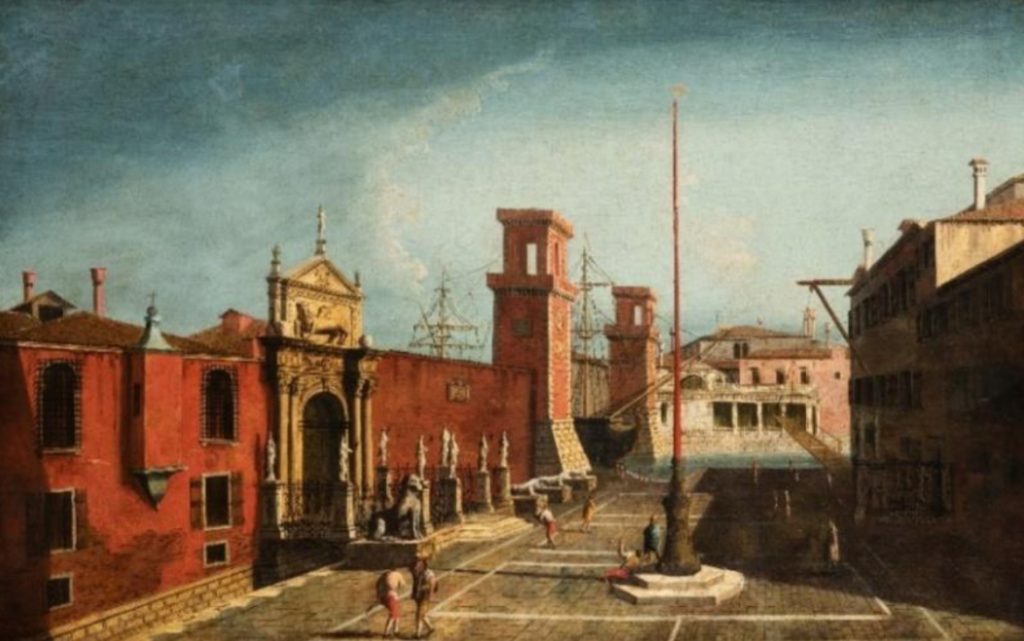 A particular highlight among the cityscapes is a large oil painting of ‘Campo dell ‘Arsenale, Venice’ by a follower of Michele Marieschi (1710- 1743) based on the original engraving by Marieschi, from the series Magnificentiores Selectioresque Urbis V enetiarum Prospectus (1741). The detective work typically required of this period of art history resulted in the discovery that the painting was most likely to have been completed by an artist familiar with the etching as well as a work by the pupil of Marieschi called Albotto who also painted this particular scene. This painting is in remarkably fine condition, and comes from a private collection in Scandinavia, estimated at £6000-£8000.

The Eastern European and Russian section includes vibrant ‘Mosaic designs for a restaurant in Sochi’ by Evgeni Kazmin (b.1936), an artist from a generation of Eastern European painters who found regular commissions under the old Soviet regime as members of Artist’s Unions.

Kazmin was responsible for several mural and mosaics in Sochi in the 1960s and 70s, most notably the designs for the Sochi State Circus. The two pictures in the sale in gouache carry an estimate of £1500- £2000.

Among the drawings in the Modern British section, ‘A seated female nude’ by Augustus John OM, RA (1878-1961) is thought to be Edith Brice, also known as Lyndra who married Derwent Lees in 1912 and ceased modelling for John following this, is estimated at £1000-£1500.

An entry point to collecting works by artists of this period and milieu is via Adrian Daintrey (1902 -1988) who was well acquainted with Augustus John, Matthew Smith and Rex Whistler, (among others), and wrote about them in his book ‘I Must Say’ in 1963, but never achieved their fame. He was also an art teacher and critic, and his work is well regarded. Three of Daintrey’s pictures are in the auction, the highest estimate is for a watercolour and pen painting of Chartwell estimated at £200-£300.

Particularly striking among the Modern British oil paintings is ‘A London Underground Platform’ by Fermin Rocker (1907-2004), typically depicting people pursuing everyday activities whilst also exuding a sense of loneliness and isolation. Rocker was born in East London, the son of political activists who moved to Germany and America returning to the UK in the 1970s. He exhibited regularly at the Stephen Bartley Gallery. The painting is estimated at £800-£1200. 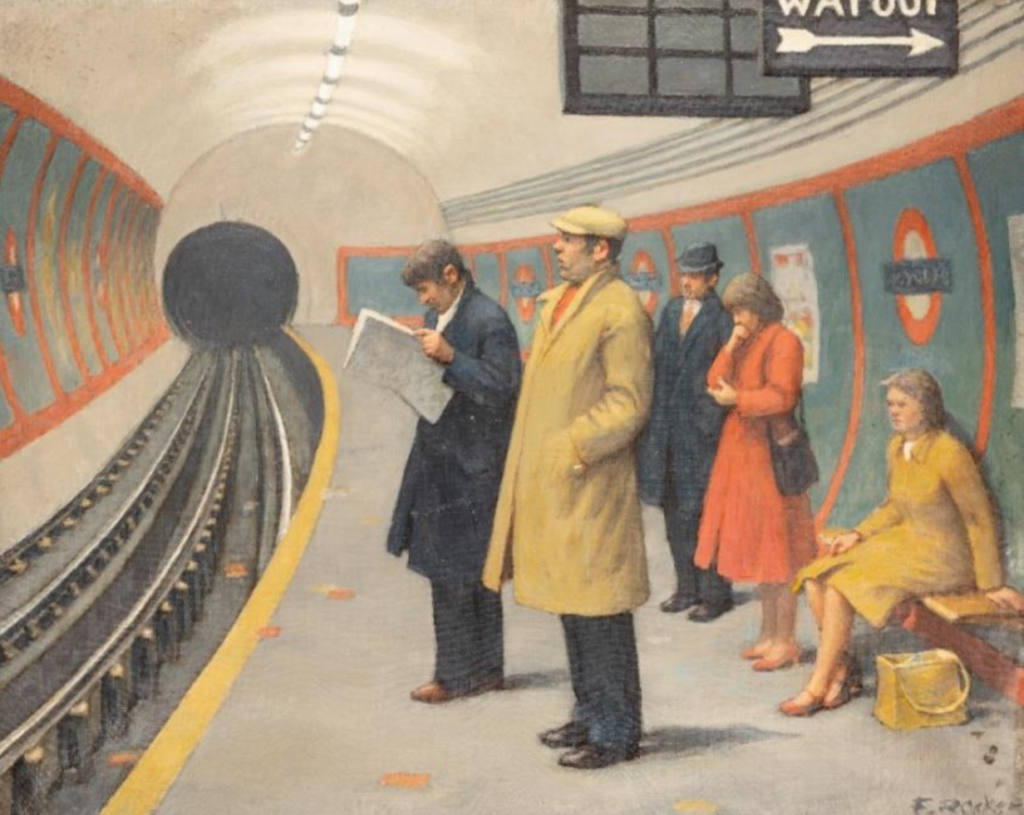 Work by talented art teachers reappear regularly in this section, and this time includes:

The penultimate lots, two ‘Di-Faced Tenners’ by Banksy, were gifts to the consignor from the Lazarides Gallery. Banksy has distributed these ten pound notes with an image of the late Diana, Princess of Wales in place of Queen Elizabeth II at several times throughout his career. The notes are best known for their appearance and reported use at Reading Festival and Notting Hill Carnival in 2004. They are both estimated at £500-£700.