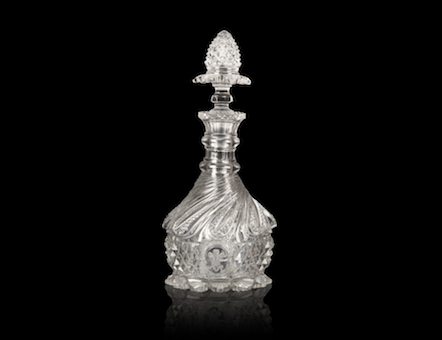 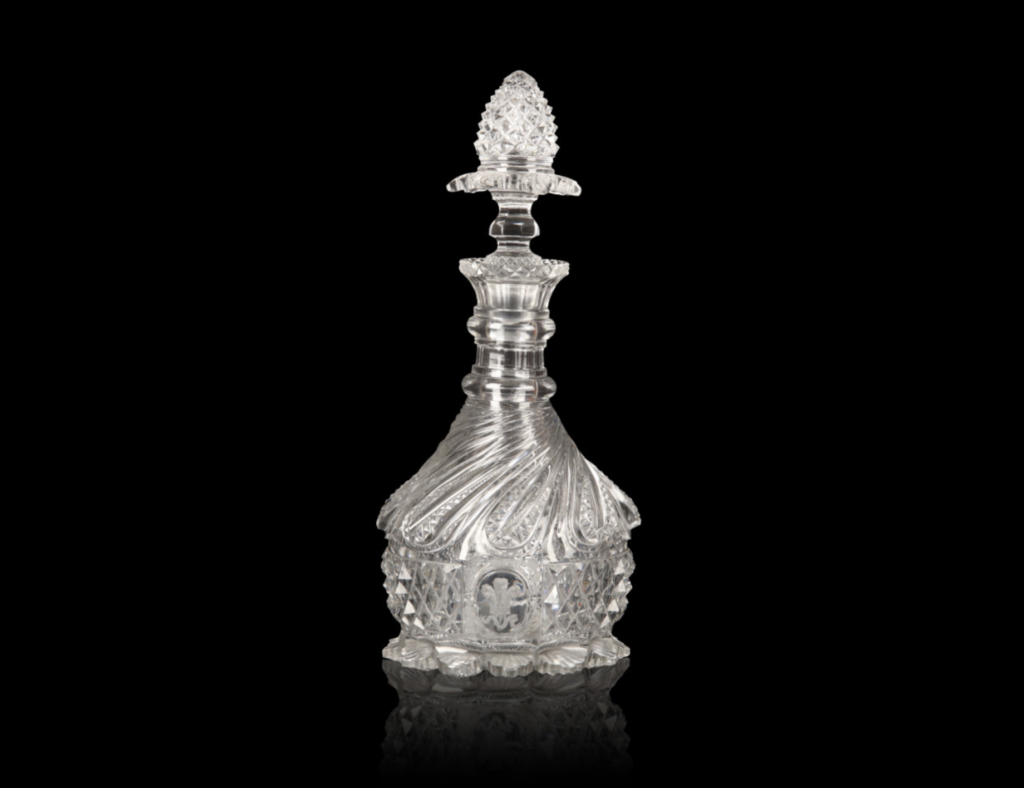 An exceptional cut glass decanter from the famous Prince of Wales service by Perrin & Co. Warrington is set to be the start lot in an upcoming auction in London on October 2.

The Prince of Wales visited Liverpool in 1806 for a grand banquet, for which the Liverpool Corporation commissioned the Warrington firm Perrin Geddes & Co. to create a cut glass service engraved with the crest of the city on it.

The Prince of Wales was so impressed by the service that he asked the Mayor of Liverpool to make him something similar. The Liverpool Corporation ordered a huge glass suite, as a token of gratitude from the city of Liverpool ( and instead of the city’s crest being engraved on it, they added that of the Prince).

The service took over a year to complete and bears the characteristic lustre and colour of the glass and deep cutting of Warrington. When it was finally delivered to the Prince he publicly thanked the them for ‘the most beautiful specimens he ever saw of this valuable manufacturer’.

The decanter from this Royal service will offered in the  Ceramics & Glass sale at Chiswick Auctions with an estimate of £6,000-£8,000.