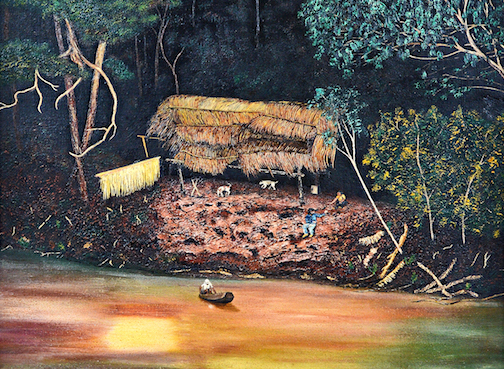 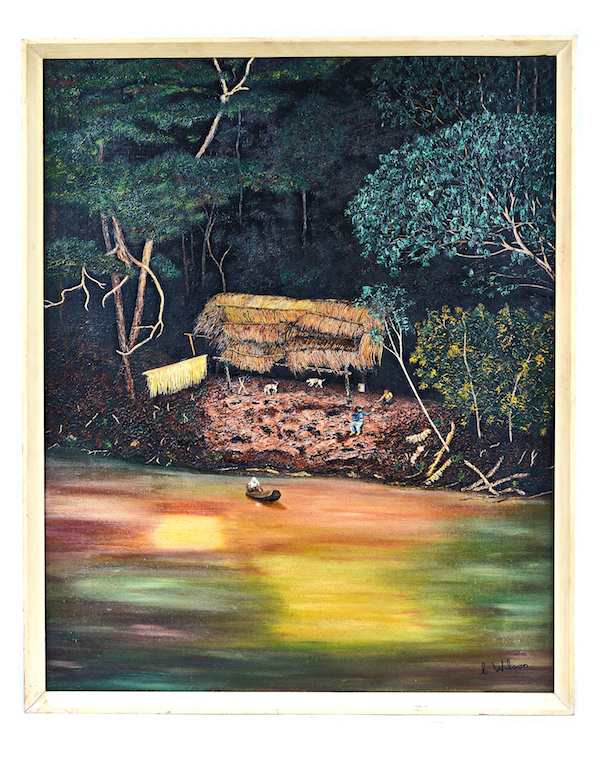 Four oil paintings by infamous Great Train Robber, Charles ‘Charlie’ Wilson, are to sell in a Sussex saleroom next week.

Bellmans Auctioneers will sell the paintings, each with an estimate of £100. They were created while Wilson was incarcerated for a 30-year prison sentence following his part in the robbery of £2.6 million from a Royal Mail train bound from Glasgow to London in 1963.

Imprisoned in the maximum security wing of Parkhurst Prison on the Isle of Wight, Wilson took up painting classes and became a prolific artist.

Discussing the paintings with Wilson’s granddaughter, Bellman’s Ephemera specialist Denise Kelly commented, “They are not bad at all,” to which his granddaughter replied, “Well, he had a lot of time to practise.”

The four oil paintings are entitled Monastery in the Pyrenees, Ripples in a Lake, Riverside Encampment and Sunset Loch Scene.

The paintings will be sold on October 9.

The Great Train Robbery took place in the early hours of August 8, 1963, when the gang held up a Royal Mail train at Bridego railway bridge, Ledburn, Buckinghamshire, getting away with £2.6 million.

Charlie, known to the gang as ‘The Treasurer’, was tasked with dividing out  £150,000 to each gang member. However, he was soon captured and sentenced at Aylesbury Crown Court in April 1964 to 30 years imprisonment.

Four months into his sentence at HMP Winson Green in Birmingham, Wilson arranged for a three-man gang to break into the prison and release him. Charlie and his family infamously spent Christmas 1964 in Acapulco with fellow train robbers Bruce Reynolds and  ‘Buster’ Edwards, who were still on the run.

Charlie then settled in Canada with his family before finally being re-captured in the country on January 24, 1968. He was later released in 1978, one of the last of the Great Train Robbers to leave prison.