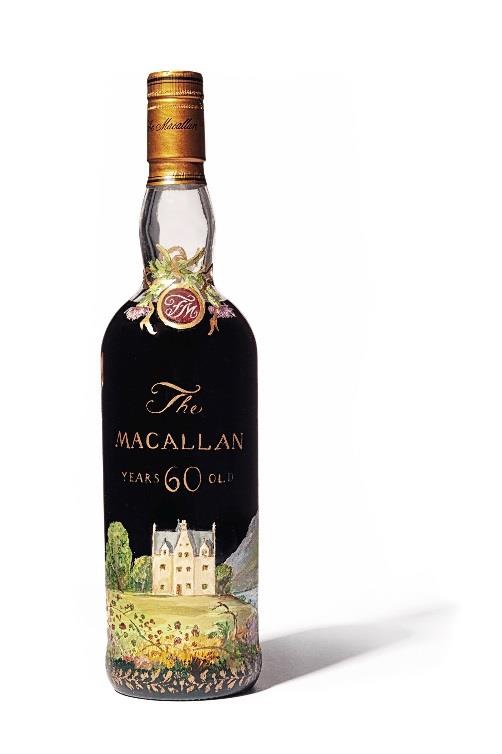 A bottle of the most collectable single malt produced in the 20th century, The Macallan 1926 60-year-old presented in a unique bottle painted by the Irish artist Michael Dillon, is to go under the hammer in Christie’s Finest & Rarest Wines & Spirits auction next month.

The Macallan distillery produces stunning examples of cask-matured single malts, and the whisky in the sale takes this rarity to new heights for collectors of Macallan whisky.

Considered the ‘Holy Grail’ for collectors, it is poised to set a new world auction record for a bottle of whisky.

Furthermore, the auction will feature a selection of The Macallan whiskies direct from the distillery, alongside a number of other fine and rare whiskies.

Tim Triptree MW, Christie’s International Director of Wine, said, “Over the past five years we have seen sell-through rates for whisky offerings increase by over 20%, along with the consistent interest from US and European collectors, clients from Asia have been highly active in the whisky market.

“The November auction will mark one of the strongest offerings of whiskies ever presented by Christie’s, including a rare 1919 vintage Springbank, and one of the oldest bottles of single malt scotch whisky we’ve ever offered, The Highland Park Reserve 1902. The Macallan 1926 60-Year-Old will highlight the sale. The Macallan were unsure that this bottle still existed — it was last seen at Fortnum & Mason in London in 1999, and we look forward to presenting this unique bottle to our international collectors and to an exciting moment in whisky auction history.”