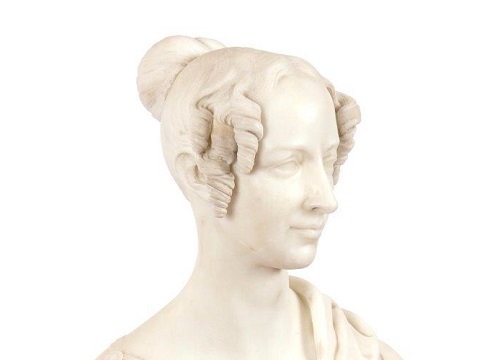 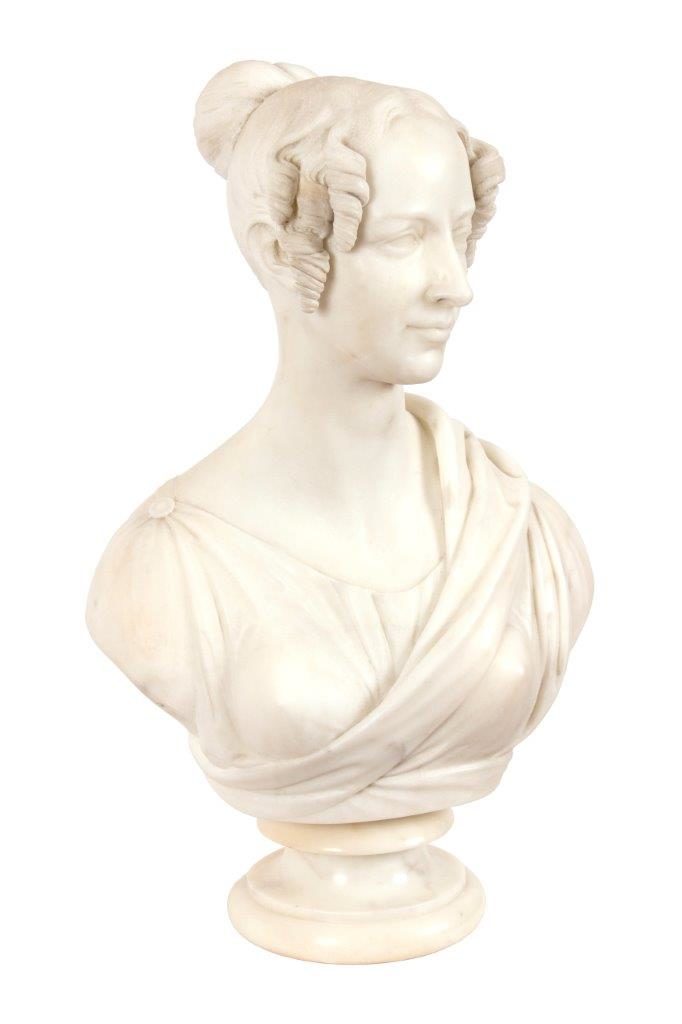 A unique 19th-century bust of an aristocratic lady by Edward Hodges Bailey, who created Nelson’s Column in Trafalgar Square, is one of the intriguing lots going under the hammer in a Gloucestershire auctioneers next month.

The bust of Lady Mary de Vere, formerly Mary Spring Rice, has an estimate of £3,500 to £4,000. Lady Mary de Vere was one of the many women who acted independently to help those facing starvation in the Great Famine in Ireland between 1845 and 1849. She is known to have revived the art of making ‘Limerick Lace’ as a relief measure in 1847.

Elsewhere in the auction, two commodes that once belonged to famed British socialite Essex Leila Hilary French, carry an estimate of £3,000-5,000. The socialite appeared in celebrated British 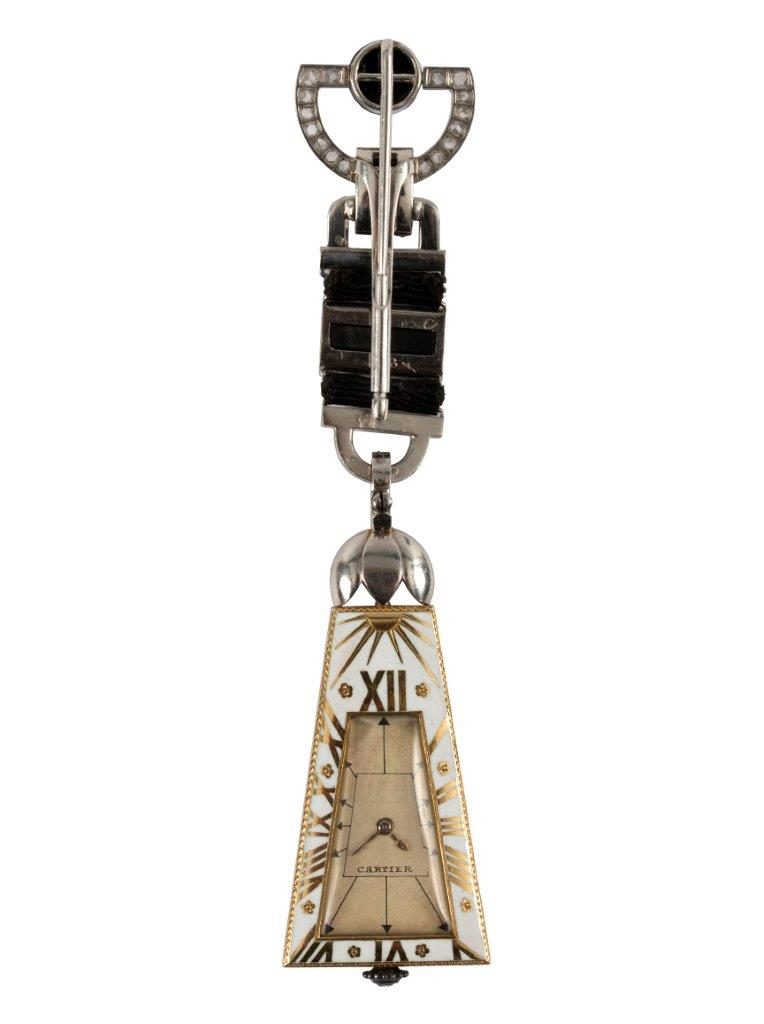 photographer Cecil Beaton’s first book of photographs The Book of Beauty, published in 1930, alongside eminent female figures of the time such as Virginia Woolf and Tallulah Bankhead.

A 19th century credence table once belonging to Henry George Liddell has an estimated value of £200-300. Lewis Carroll, a friend of the family, is known to have created the story Alice’s Adventures in Wonderland for Liddell’s daughter Alice during a picnic. Enraptured by the story, ten year old Alice begged Carol to write it down and the book was published in 1865.

Leading the jewellery section is an elegant and highly rare art deco style Cartier ‘Egyptian’ onyx and diamond lapel watch (left), circa 1930, with a tapering gilt dial signed Cartier that has an estimated value of £15,000-20,000.

The Art, Antiques, Asian Art, Jewellery and Silver sale takes place at Chorley’s on November 20 and 21.